They must be silenced.

By now, you have probably heard that a very good priest from Chicago, Fr. Paul Kalchik, has felt he had to go into hiding to escape the long arm of Cdl. Blase Cupich, who sent a pair of enforcers to his parish this past weekend to drag him to the funny farm for clergy.

He refused to go with them, a scene ensued witnessed by multiple parishioners and the Cupich enforcers had to leave, but not before threatening to call the cops and have him arrested — love that mercy from the Mercy Mafia, right?

It was after that incident that Fr. Kalchik got in touch with family and then hit the road, going off the grid and on the lam.

A little background: Last week, Church Militant broke the story that Fr. Paul, pastor of Resurrection parish in Chicago had overseen his parishioners burn to ashes a notorious symbol of the homosexual movement within the Catholic Church — and the archdiocese of Chicago in particular — a rainbow flag with a cross incorporated into the design.

The flag at one time hung in the sanctuary of Resurrection parish, deliberately covering the symbol of our redemption — the crucifix.

Homosexualist Cdl. Joseph Bernardin was more than happy to call Resurrection parish a kind of second home, since the pastor there was scandalously gay and a huge promoter of all things sodomy agenda-related.

When Fr. Kalchik became pastor at the parish with such a filthy sordid history of homosexuality, he began the effort to restore spiritual sanity.

Montalbano used to host gay parties in the basement of the parish, and the flag that hung in the sanctuary, with Bernardin's blessing and public approval, was a symbol of all this hatred against the Faith, something Fr. Kalchik would not stomach.

So when the flag was discovered shoved away on some shelf in the back corner of a storage room, he decided to conduct a public burning episode. That caused Cupich to wig out and order him to not burn it publicly.

So parishioners decided they would burn it privately and then sent the pictures to Church Militant.

Kalchik has also had some of his sermons and comments posted on Church Militant's homepage critical of the cardinal's failure to lead during the "Summer of Shame" scandal the Church has been going through these past months.

The combination of Kalchik's calls for purity in the Church and the flag-burning episode infuriated Cupich, prompting him to send his men to grab Kalchik and whisk him off to St. Luke's "treatment center" in Maryland.

And for the record, St. Luke's is a place where liberal and gay-friendly bishops often send troublesome orthodox priests so they can be branded for the rest of their careers as having mental issues. It's a means of sidelining and demonizing them.

The latest example of callousness on the part of Cupich follows weeks of shame either he or circumstances have brought on the archdiocese. Just two weeks ago, one of the priests on his marriage tribunal was arrested in Miami along with another Chicago priest for engaging in oral sex in public in a car in full view of people passing them by.

Earlier, Cupich had attempted to blow off the whole predatory priest scandal by saying that the Church had to focus on more important issues like talking about the environment.

And earlier in the year, he brought much hurt and confusion to faithful Catholics in Chicago with the summary sacking of Fr. Frank Phillips of St. John Cantius — something Fr. Phillips is now fighting.

And then yesterday afternoon, a series of posts appeared on Twitter from a self-identified transsexual who claims she has been in regular contact with Cupich over his time in Chicago expressing the needs of the trans community.

I called and spoke to Cardinal Blase Cupich, Archbishop of the Diocese of Chicago. I shared my concerns with Cardinal Cupich about Fr. Kalchik's attacks on LGBTQ Catholics and how this priest is harming the Body of Christ.

Cardinal Cupich shared my concerns and advised me that the Diocese takes Fr. Kalchik's recent activities very seriously and that Cupich was weighing his decision on how to move forward very carefully.

Alexandra also took the occasion to announce departing the Catholic Church for Unitarian Universalism. If this is true, and given the level of detail in the entire series, it would be foolish to dismiss the claim, then it takes this to a whole new level. Cupich pays more attention to the ramblings of the transsexual community than he expresses care for his priests.

The episode this weekend with Fr. Kalchik is now being viewed by many as the last straw with Cupich, and Church Militant has begun an online petition insisting that Cupich must step down or be removed as archbishop of Chicago.

Enough is enough. The climate of secrecy; the double standard of dealing with orthodox priests when allowing homosexualist clergy free reign; the major gaffes and public relations debacles which have become the butt of jokes; all of this just keeps mounting and it must be stopped.

We greatly urge you to click on the link and sign the petition, insisting on his resignation or removal from office. Over 6,000 already have in less than one day. It's time for the laity to stop being steamrolled by this homoheresy so dominant in the Church.

And by the way, did we forget to mention that Fr. Kalchik is not a one, but two-time victim of homosexual predation, once when he was 11 and again when he was 19 — the second time by a priest.

Yep, Cardinal Cupich, like you said a few weeks back when all of this homosexual stuff was at last being fully exposed, good thing it's not a gay thing — right.

This all sounds eerily similar to another cleric who stood up in public to strike a blow against the homosexual current in the Church. Archbishop Carlo Maria Viganò is in hiding for fear of his life, which makes it at least appear as though a pattern is beginning to develop — search and destroy missions being launched for clergy who step up and publicly oppose the homoheresy.

Makes you wonder if the liberals in the Vatican are thinking about reversing their condemnation of the death penalty earlier this summer.

Please take the less than one minute it takes to both read and sign the petition, which Church Militant will be forwarding to the apostolic nuncio. 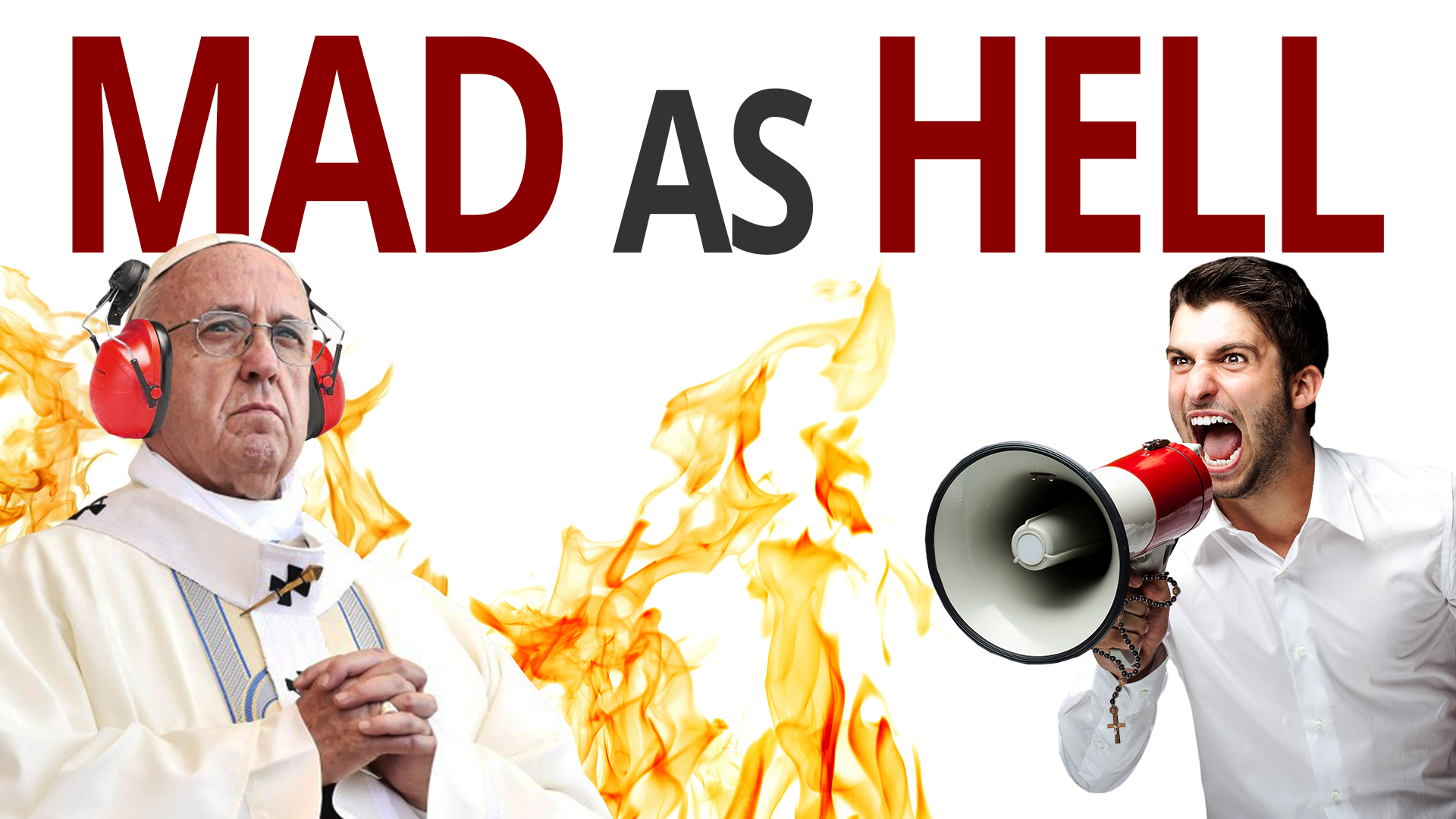 Mad as Hell
And it ain't going away.