And those who keep things that way.

The modernist crowd in the Church — and it's a pretty big crowd — are liars which of course stands to reason since their father is the devil, the father of lies. They lie by passing off their fake theology as merciful when in fact it couldn't be further from mercy because it keeps people in their sin.

The entire world is fallen due to Original Sin. This has had a dramatic impact, not just in the realm of the supernatural, demanding a Savior for us since we cannot save ourselves, but it has also created a devastating impact in the natural order of things. We are conceived and born flawed — the situations in which we are raised — the circumstances of our families and early environments, all surrounded with likewise flawed people, also damaged by the natural effects of sin.

There is no escape in the natural order of things. It's a bunch of patients each administering to each other — incapable of curing themselves or anyone around them. It would be laughable if it weren't so desperate and painful. Think of all the suicides and overdoses even among the not-so-happy famous people — the emotional pain, the psychological suffering, the hidden anger and rage, the warranted guilt, all the shattered lives. It is inescapable, all of it. All this hurt and pain develops into cheating spouses, rationalizations, abandonment of children, murder of the unborn, exploitation of minors, sexual license — all of which feeds right back into itself, creating even more psychological pain.

Down deep, and sometimes even not so deep, people know. They know their own miserable condition — their personality disorders, their uneven temperaments, the hurt they inflict, the damage they cause, the betrayal they inflict, the lives they help shatter. And it all has a multiplier effect, expanding with ever greater force. It is the tidal wave of human agony resulting from sin.

Unless a person seeks freedom, he will never find it, for we are born as slaves to our fallen natures. Someone from outside our fallen world has to come into this prison and free us but those efforts — that salvation — will mean nothing if a person does not stand erect in the light of truth and walk through the door.

This is precisely where the modernist gang is so evil. They deny people the truth, deny them hope, authentic hope, of ever being saved because they tell them that they are good just where they are. They do not want people to follow a savior. They want the Savior to become as wounded as those He has come to save — as imperfect, as sinful. Getting up and walking requires nothing short of grace and to continue walking requires nothing short of continuing grace.

The modernist crowd lies to people and tells them to stay in their prison. They have no mercy, no forgiveness because they tell them their sin is indeed, no sin at all. It should be embraced and accepted and, in fact, not even seen as sin. The very notion of sin, they say, is an artificial construct meant to keep you down and guilt-ridden. If you feel bad or depressed or guilty about your sin or proclivities or passions or desires then go seek psychological counseling. And it should be noted that the goal of psychology today is to affirm you in your passions — to help you self-actualize — to be everything you want to be. This is a lie.

Saint Paul has the remedy when he says put off the old man and put on the new. But the modernist, dissident, heretic crowd says stay the way you are — the new man is an ideal that you can't reach. When Fr. James Martin, for example, pushes his evil of homosexuality being perfectly fine — that they should be affirmed in their sin, he is lying; and he is destroying their capability to ever experience freedom. When Cdl. Reinhard Marx of Germany says the Church should bless homosexual couples, he damns them and himself to Hell. When Bp. Robert McElroy or Cdl. Blase Cupich push for sacrilegious Holy Communions, they damn themselves and those who follow to Hell. Woe to you bishops who preach this heresy. You shut up the kingdom of Heaven against man. You do not go in yourselves, nor do you let others enter. You bar the way to freedom for others and damn yourselves in the process. Our Blessed Lord came that we might have life and have it completely. You offer death. But you disguise it as life. You are the fullest realization of the words of the Son of God — you brood of vipers, liars. People's lives are shattered by sin.

A thing that is broken cannot repair itself. It does not have the ability. Only the maker of it can repair, restore it to its original beauty and function. All this chatter about mercy and so forth is one giant lie because their mercy actually denies the healing of true mercy which requires repentance. If only they would meditate on that this season of Lent. 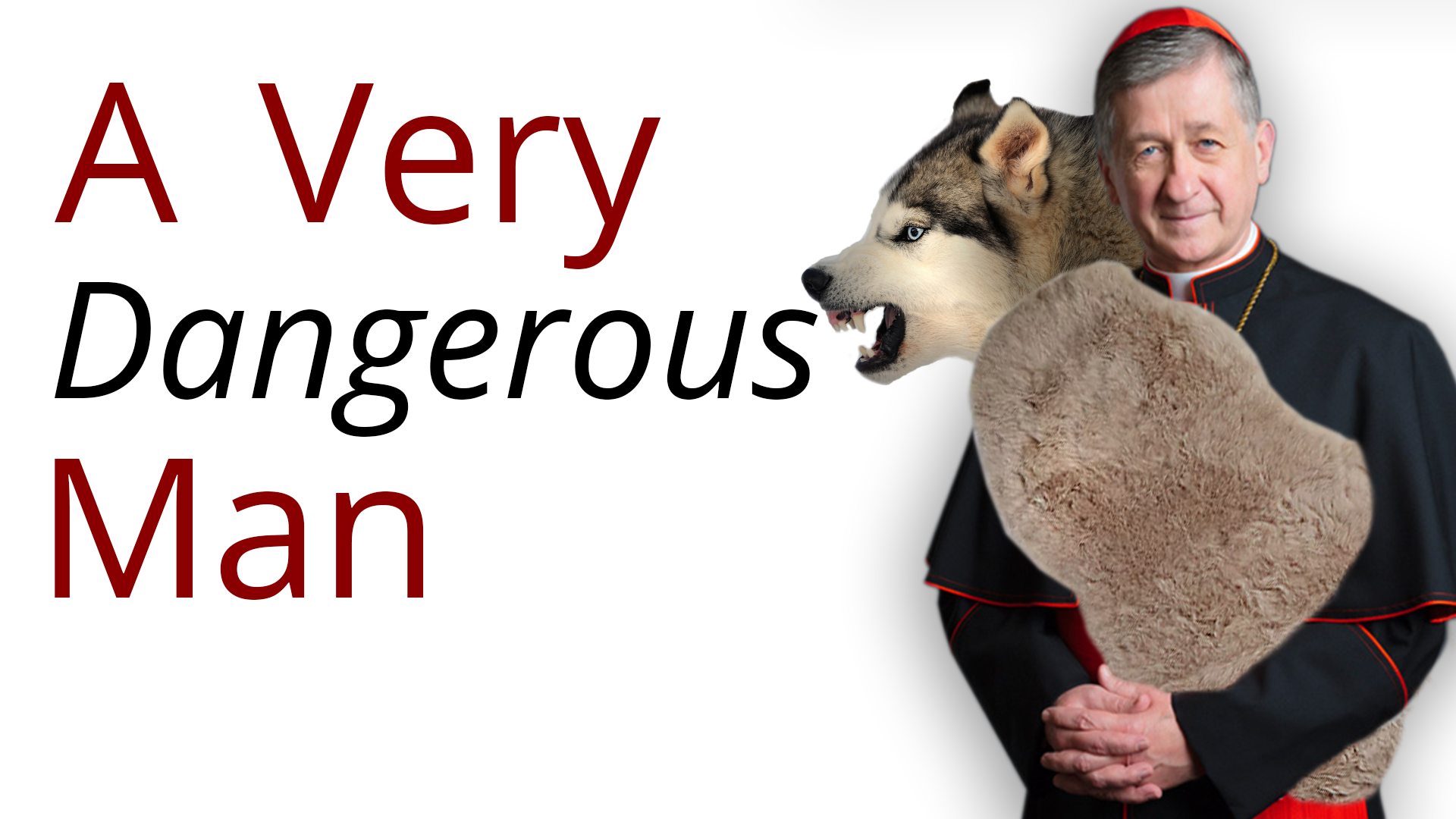 A Very Dangerous Man
A terror for souls.