For the love of God.

I'm Michael Voris coming to you live from our Church Militant studios here in Detroit, urging you to join us physically, or at least in prayer, at next week's Silence Stops Now rally in Baltimore at the bishops' meeting.

The formal gathering will be on the afternoon of Tuesday the 13th, and the second day will be dedicated to Mass and adoration at various times to accommodate people's travel schedules. Upwards of 3,000 people have signed up so far, and they are coming from almost every diocese in the country. It will be "a moment" — as they say — in the life of the Church in America.

The emphasis will be to pray for purity among the bishops — too many of whom have lost it. It is clear beyond any doubt that the demon of impurity has seized hold among the shepherds, and a good number of these men have simply delivered themselves into his hands.

There is no way to be a good Catholic without being committed to purity. One cannot walk with God without purity. It's why, after confessing his double sins of murder and adultery, David prayed, "A pure heart create for me O God, put a steadfast spirit within me."

Purity is the single-minded devotion to Our Blessed Lord, and despite the tremendous sacrifice entailed, it must be pursued. The impure soul is damned, as St. John tells us flat out in the Apocalypse when talking about who enters or doesn't enter Heaven — "nothing unclean shall enter."

Every aspect of our beings must strive for purity — our sexuality, our intellects, our wills, everything. It's why Our Father commands us: "Love the Lord your God with all your mind, heart, soul and strength."

Sexual purity we call chastity and, despite the inane ramblings of various bishops like Robert McElroy of San Diego who tries to downplay its importance, it is absolutely necessary to enter Heaven. It is a necessity — understand that, a necessity — and yet, practically no bishop ever speaks of this.

Some like McElroy flat out lie to the sheep about it, others like Cardinals Cupich and Tobin also lead souls to Hell by acting and talking in such a way that gives the impression that sex outside of marriage is acceptable — especially among homosexuals.

And huge numbers of bishops have simply shut the door on ever talking about this necessary element of the spiritual life — like Cdl. Dolan of New York who willingly admitted a few years back on TV that the bishops have developed what he called "laryngitis" on this issue. He and the rest of them better find a cure for their laryngitis before they stand before their judge.

Impurity, however, never remains confined to the realm of just the sexual. It spills over — all forms of evil do — into other areas of a person's life. It was sexual impurity that spilled over in the life of David and turned him into a murderer as well. Think of how many souls have been murdered by the bishops owing to sexual impurity.

We see the vast numbers of innocent youths — almost all of them teenage boys — raped by homosexual men in collars.

Then we add to that the Heaven knows how many young men — many of them in seminaries — sexually assaulted by homosexual men in collars or miters who held authority over them.

Sexual impurity — like it does in marriage — leads to the betraying of vows, and that's just the simple truth. It distorts the mind, rots the intellect, obliterates the will. And among the clergy — many, many of whom are homosexual, it eradicated the Faith.

We see that evidenced in the sanctuaries of our churches that have become bastions of rebellion and confusion and sacrilege. We hear it in the preaching from the pulpits — if you could even call it preaching.

We see it the constant attention to money at the sacrifice of an authentic presentation of the Faith established by the Son of God to save souls. No one can be surprised at the high body count (spiritual and physical) that has piled up at the hands of the bishops and their embrace of impurity.

It is the natural result of their actions: tens of millions of Catholics in America having lost the Faith; among the small number remaining, a large portion having virtually no understanding of it.

We are talking about a crisis moment in the Church far more serious than most realize, and an evil which has permeated far deeper than most want to admit. Has homosexuality within the ranks of the ordained and consecrated been the sole cause of this? No, but it has certainly been the gas in the engine.

In fact, if any of the bishops had the slightest amount of genuine self-reflection they would realize, as many others do, that the main reason they are meeting next week in Baltimore and going through all this, again, is because of homosexuality within their ranks — either active homosexuality, which has blinded them to the root cause of the evil; passive homosexuality which has depressed their wills to fight the evil daily back in their home dioceses.

All of this leads to a silence — a pact of keeping secrets, a willingness to remain deaf and never speak. That has to end. It must end. It is destroying the Church. Too many of these men are on the road to Hell and are taking untold souls with them. It is our duty as the sheep to make such a noise as to wake those who are still salvageable from their slumber.

Hopefully, they would all respond — but certainly, some at least will. Surely among them there must be some who have the spiritual strength to step forward and confront the evil in their own ranks despite what it may cost them — and yes, it will probably cost them.

But whatever it costs them, it will not be as costly as being consumed in eternal fire. This all begins next Tuesday — the details of the events are available by clicking on the "Silence Stops Now" graphic right here on the page.

For those who cannot attend in person, we will be live-streaming the entire rally on Tuesday afternoon.

Bring your Rosaries to Baltimore. We must pray that the mother of purity put to flight this demon of impurity which too many bishops have either embraced or been tricked by.

No one — absolutely no one — who is unchaste, who rejects chastity, will ever see the face of God.

If they won't teach it, then we have a duty to remind them to. 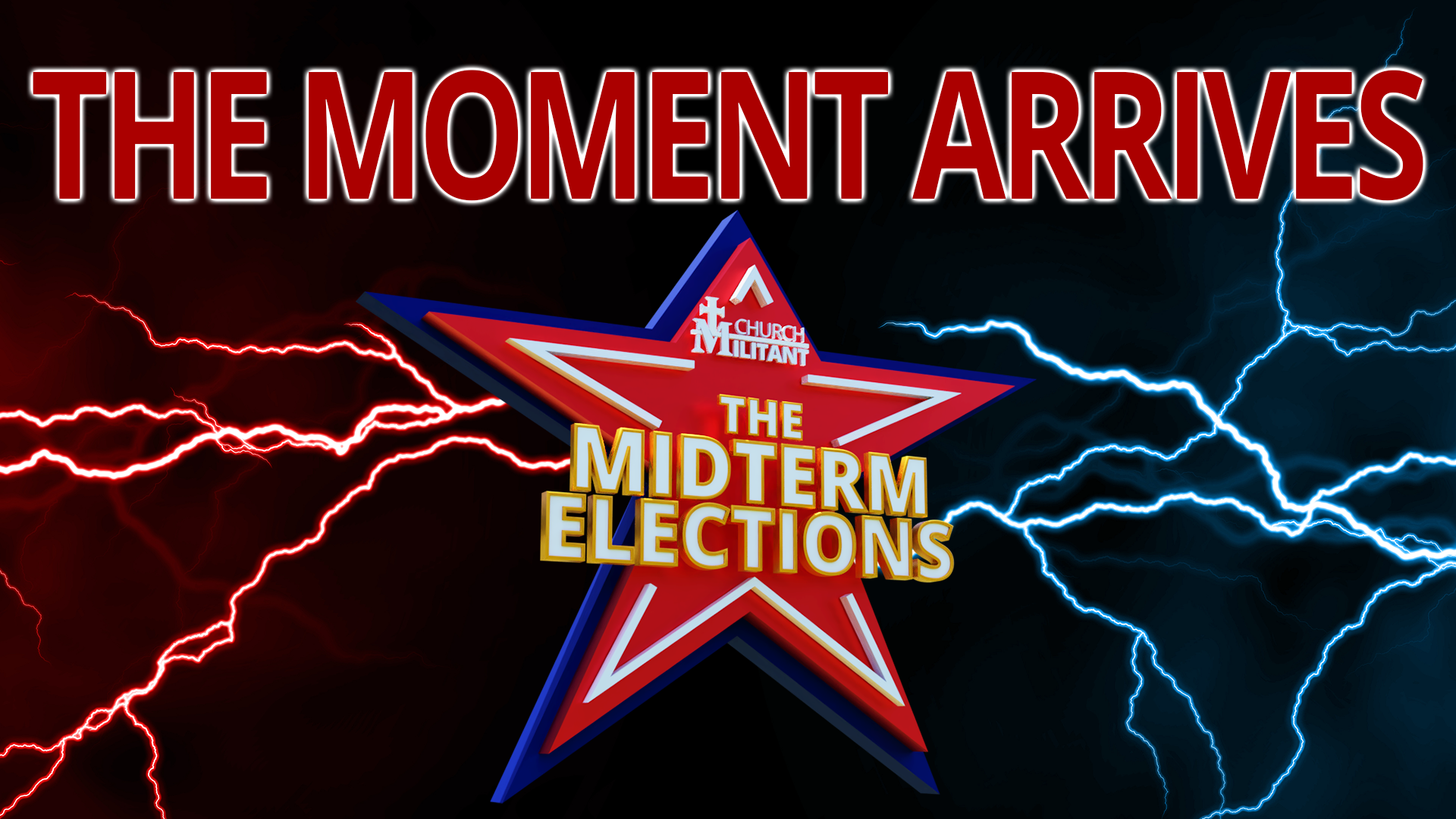 The Moment Arrives
This is it.