Something Much More Ominous

Rome is in chaos, and no one should be surprised one bit.

So a little less than a week ago the Filial Correction was made public by a wide range of largely lay scholars, academicians, theologians and the like. It respectfully requests — in strong language — for the Holy Father to reverse course and rectify statements that are either heretical in themselves, come pretty close, give the appearance of heresy or at the very least do massive damage to the faithful, owing to the confusion created. This is the sixth such correction/petition/request presented to Pope Francis — the single most notable one being the dubia submitted by Cdl. Raymond Burke and three other cardinals, two of whom died this past summer — God rest their souls.

In the midst of all the debate about whether the pope will do as requested of him, what it means if he doesn't, whether he will even acknowledge this correction or any of the others for that fact, there is something even more ominous to pay attention to — and that is the complete lack of faithfulness and adherence to the teachings of Our Blessed Lord, either directly from His own blessed lips or through His Bride, that has become so widespread throughout the clergy, top to bottom.

For not just any one of these steps to be taken but a total of six, in so short a time, is beyond historical. It is in fact without precedent in the history of the Church — never before. But let's talk about this shall we for a moment without all the noise of the specific issue of the pope. It would be impossible for this situation to have developed at all had it not been for the rejection of the Faith that has happened on a worldwide scale by so many members of the hierarchy. What we are witnessing is a situation where the abundance of Judases has come very clearly into the light.

There are, Catholics must now admit and look square in the face, hundreds, if not thousands of bishops who have fallen prey to the modernist heresy. This heresy was framed by Pope St. Pius X as "the synthesis of all heresies," where all that has gone before is called into question, re-interpreted, analyzed to death, reframed and recast so that almost nothing of went before is any longer recognizable. It has gone on for so long that there are very few with living memory of the Church before the theological madness seized hold and brought about not confusion, not just crisis but actual chaos. What has been rejected in this insanity is reason. A distorted or false understanding of faith has been allowed to capture the castle, and it has been promulgated as the only viable and allowable understanding of the spiritual life.

What is happening in Rome is nothing more than the logical conclusion of this cancer, which has been introduced into the minds of the faithful and advanced by wicked prelates who whatever their motives are nothing more than hirelings. And forget for a moment about all the Roman super-drama, important as it is, microcosms of that macro-evil are played out 10,000 times a day in local churches throughout the Western world. From decades-long dissident theology being taught authoritatively at parishes and seminaries in the form of adult education to seminary formation to grammar schools and high schools and Catholic colleges to hundreds of thousands of errant or mindless homilies every Sunday, feeding the cancer of reasonless "faith."

The Alpha program is one such local example of highlighting faith without reason — promoted or allowed by scores of bishops whose successors will wonder why in 10 years they are closing the last of their parishes, after the perpetrators of this warmed-over, Protestant-feelings theology have long since been judged by the Chief Shepherd. All the various, meaning thousands of religion teachers in Catholic schools and youth ministries who know nothing about the Faith, passing their nothingness on to the few remaining young minds left in the Church. All the formators of young men whose faith without reason, will without intellect, heart without head nonsense is shoveled into these young, soon to be ordained, ensuring in a few years time that the collapse will move from near to almost complete.

For all the considerable noise surrounding Pope Francis and his allies in the Vatican, men around the pope who want to introduce an entirely new phony Catholicism, it is curious that only when headlines, screaming about formally correcting the pope appear, does anyone sit up and notice and start panicking. Where has everyone been for the past 50 years when hugely effeminate men were getting ordained left and right, when hundreds of priests were molesting thousands of teenage boys tens of thousands of times, when their bishops shuffled them around, hiding behind the lame excuse that psychologists told them the homosexual, child-raping clergy were cured despite constant repeat offenders.

What was everyone thinking, as their Catholic family members and friends were deserting the Faith in hordes while priests and bishops babbled on about peace and love and joy and how strong and enthusiastic the Church is amidst its fight for DACA and climate change and social justice and immigration and ecumenism and how we have a reasonable hope that all men are saved? Where was everyone when this newest generation of young Catholics with much potential to be solidly orthodox were having the spirit of confrontation ripped from them, which will one day cripple their faith?

Where was everyone when the crisis of homosexuality being normalized throughout the Church was in full swing for the past quarter-century, having now reached its highest point ever and with the filthy waters still rising? Even today, there has been more official sanctioning of Fr. James Martin's evil than there has been rebuke from the shepherds. Yet, so-called Catholic gay groups like Dignity and New Ways Ministry, both officially condemned by the Church, have bishops applauding them and homosexualist clerics hiding behind their skirts in the name of "mercy" and "bridge building."

None of this was caused by the chaos in Rome. The chaos in Rome has been caused by it — decades and decades of abuse of not just teenage altar boys but of the liturgy and religious education and the devotional life — a complete and devastating betrayal and loss of faith not seen since that night in the Garden of Gethsemane. And amidst the epic failure and total loss of supernatural faith across the entire Church — a global apostasy — what whimpering cry do we hear? "Let's be more civil and polite" — the typical, sissified, unmasculine response to a tragedy so enormous, so all-encompassing that there are no longer sufficient adjectives in the Church's lexicon to describe it.

It's all fine and good to go on and on about the pope, as he advances what an increasing number of voices in the Church declare in unison to be not Catholic. But for all the confusion and rot and corruption — moral, theological and financial — spewing out of Rome these days, the scene unfolding before the Catholic world is actually something much more ominous. One day this pope will no longer be pope. If the current trend holds in the college of cardinals, it is very likely that a like-minded man will assume the throne of Peter. And while it is never good to guess or speculate how God will direct history, it is prudent to prepare for as many reasonable possibilities as may exist. This is definitely one such possibility. So what will the authors of very intelligently worded and insightful corrections do then? Wait a few months for some new confusing statement to be issued, bang the drum and then cut and paste the current corrections and blast them out through social media, again?

This has all happened because too few Catholics know the Faith, and those few who do, laity and priests alike, have not fought enough every day in every single circumstance like men who hate sin and heresy. Priests with their warmed-over 1970s idiotic preachings have not been challenged hard enough after Mass on Sundays by you the laity. Enough faithful have not threatened to withhold their funds from dioceses and redirect them to more orthodox operations in the Church. Too many have sat by and condemned and killed the messengers, the dark prophets of doom for their warnings of the impending cataclysm. Too many have blindly gone along with "good" bishops, who do next to nothing about the apostasy right in their own parishes, yet preach a good game when writing articles or giving interviews.

Yes, something much more ominous is happening in the Church — way beyond the confusion from a pope who openly asks for criticism of himself and then seemingly ignores it when it comes. Something much more ominous is about to befall Holy Mother Church because Holy Mother Church is in much more desperate straits than almost anyone is willing to admit. The problem is not the pope, as problematic as he may be in inspiring such repeated calls for clarity from laity. The problem is the overarching loss of supernatural faith by the thousands of bishops and tens of thousands of clergy who have their hands on the levers of power at all levels of the Church.

If it were not for Our Lord's divine promise, there would be no reason for hope. But there is the promise, the guarantee, and this must inspire us to wake up and become involved. Stand up and demand back the Church. Demand fidelity. Demand faithfulness. Demand orthodoxy. Challenge and confront heresy and apostasy and unfaithfulness at every turn.

For all the confusing comments assigned to this pontificate, perhaps none should be more taken to heart than "Make a mess." 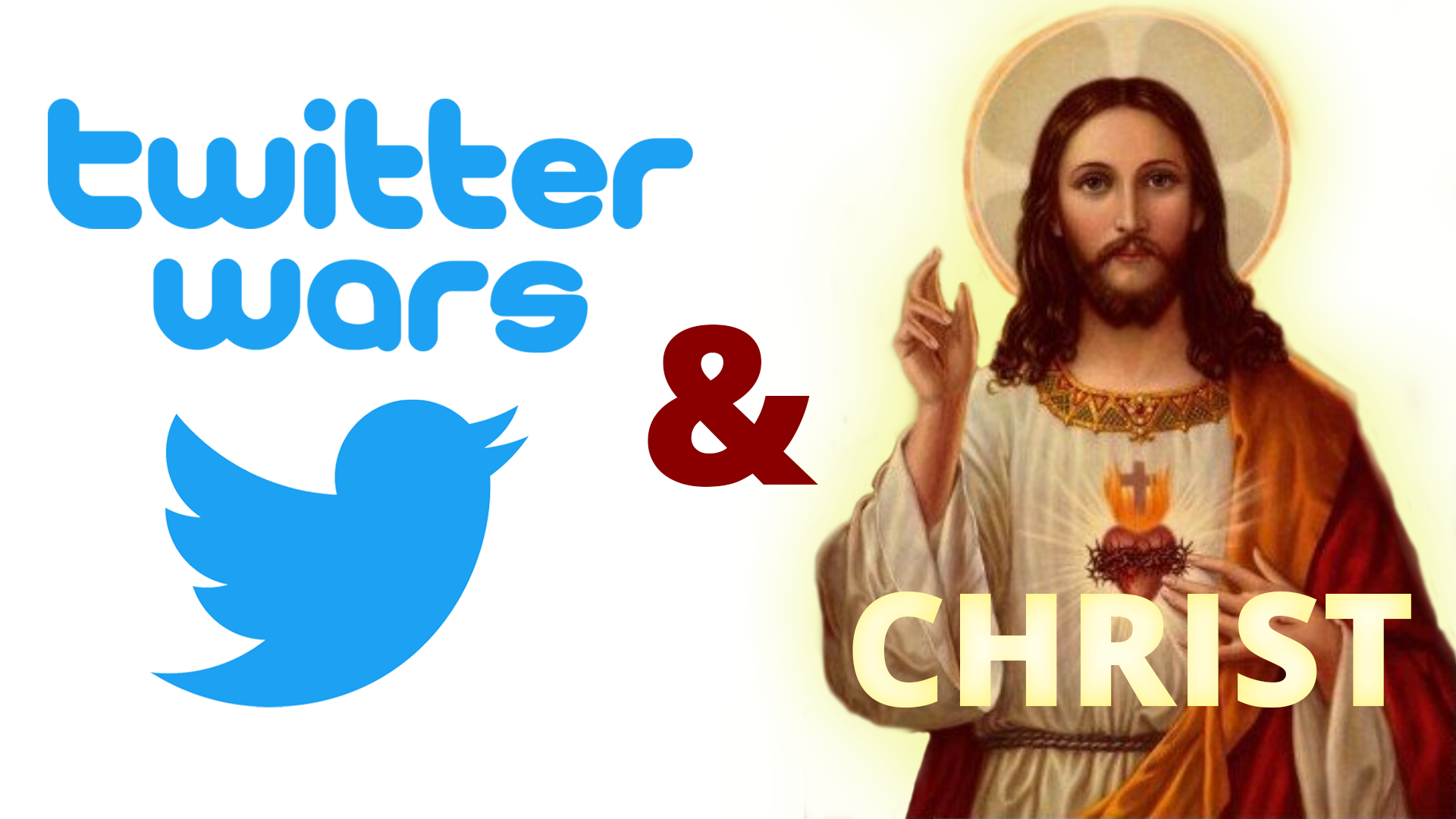