Beware Judas priests and bishops; they are legion.

Today is, of course, Spy Wednesday, the day Judas sneaked off to make his pact with the Jewish leaders to hand Our Lord over in exchange for the 30 silver pieces. His betrayal has echoed down the centuries, carried on to a remarkable degree today by various bishops and clergy. While we must recognize and admit that we all betray Our Lord each time we sin, there is a unique quality to selling Him out based on unbelief — a rejection of Him.

When followers of Our Lord, who do believe in Him sin, we fall from weakness, temporarily blinded by our desire for whatever sinful thought word or deed comes into our orbit. But when a measure of sin is taken which is grounded in a total rejection of Christ, refusing to believe who He is, this sin reveals itself to be not just of a higher magnitude but of a different kind.

Recall that Judas' betrayal began more than a year earlier at Capernaum when Our Lord announced to the masses that He was the Bread of Life and the physical eating of His Flesh and drinking of His Blood was necessary for salvation. It was that single announcement, the preaching of that great Eucharistic Truth to the masses, that lost Our Blessed Lord the masses. The truth of the Eucharist, of the Blessed Sacrament, is so deep, so stunning in its revelation of God's love for man that most refuse to accept it.

The reality of the Real Presence is both simple and, at the same instant, beyond comprehension that it is a stumbling block for many. But it is the Truth. It was guaranteed to us from the mouth of Our Savior Himself. Like so many self-professed followers of Christ today believe this is a bridge too far. That the Almighty would freely choose to hide Himself under the appearance of mere bread so that we could physically consume Him and become more like Him is inconceivable to more than half of those who are today baptized into non-Catholic congregations.

As St. John, who was an eyewitness to Our Lord's announcement at Capernaum, notes in his Gospel, those present said this is too hard to believe, and they got up and no longer walked with Him. This is a lens through which Protestantism can be viewed or understood — that system of beliefs places limits on the love of God. The Truth has destroyed whatever little faith the followers at Capernaum might have possessed because their faith was not authentic — it was self-serving — a point Our Lord accuses them of right at the start of this scriptural account.

Yet, this is also the case for many Catholics — obvious by their lack of reception of His Sacred Body and Blood. And yet even more devastating than a mass rejection of the depth of Our Lord's love for us among the sheep is the rejection of it among the shepherds. Judas was an apostle, a prototype of unfaithful shepherds down through history. And his model of treachery is repeated over and over again; first, comes a lack of or tossing aside of supernatural faith, then, the betrayal for mere natural gain. The fall from grace for a priest, and even more so a bishop, is something too distressing to contemplate for too long.

Yet, we see it all around us. The sexual scandals, the financial scandals, the theological scandals, the cowardice in clearly annunciating the Truth of Christ. It's as though leaders in the Church have descended into a perpetual Spy Wednesday where they're always in consort with the world, looking for a way to hand Him over. Beware of these Judas priests and bishops, for they are legion. 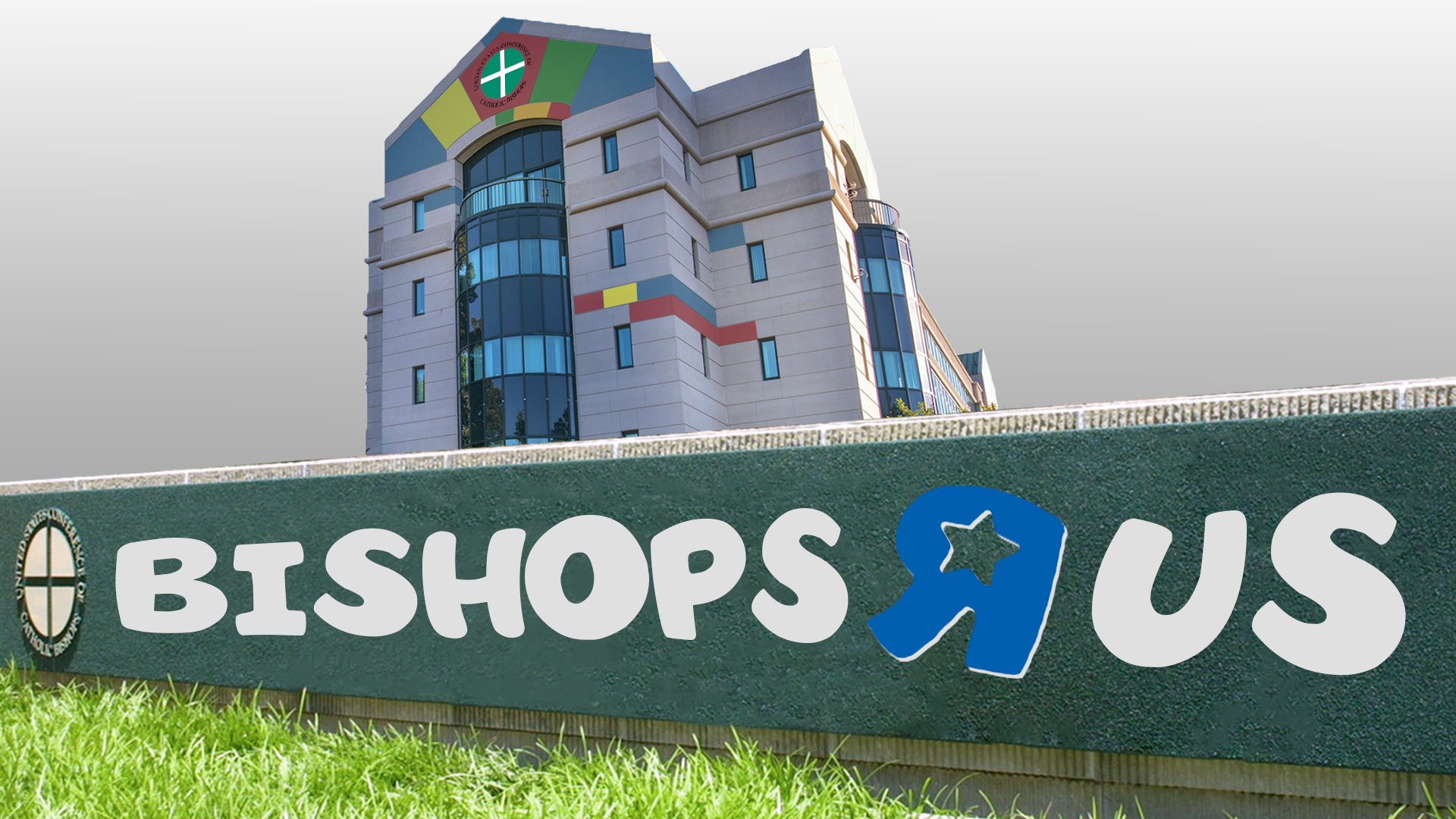 Bishops 'R' Us
Going out of business.