One of the very troubling aspects of the modernist Church and its leaders (aside from their own pending damnation) is the impact it has on innocent people. Quite a few have bought into the Marxist hype and modernist garbage, while others have resisted.

However, if we view the Church as the Barque of St. Peter, we must be aware that you can fall off either the port or the starboard side. Many have, indeed, fallen off the ship on its left side. But what often gets overlooked by the usual Catholic is that a not-insignificant number have also fallen off the right side as well.

As a response to the crisis, they have sought refuge in breakaway Catholic groups that have all the trappings of tradition, but underneath it, are just as spiritually dangerous as the modernist crowd (but obviously for different reasons).

The Society of St. Pius X has inculcated an attitude in its followers that its clergymen are absolutely beyond question or reproach.

One such group is the Society of St. Pius X, which has inculcated an attitude in its followers that its clergy are absolutely beyond question or reproach. This has created an atmosphere within the SSPX leadership that they can get away with anything, and they have.

For almost a year now, Church Militant has been exposing sexual abuse by multiple clergymen in the society, but, more importantly, the lies, deception and cover up by its leaders. For years, Bp. Fellay has demonstrated wanton disregard for dozens of known victims and their families and continued to create a space for even more harm to be done to innocent souls.

Since our exhaustive investigations began airing, SSPX fanatics have been attacking us saying our reports are wrong, incorrect, biased and so forth. Even a popular website called our reporting into question without revealing to its readers that they benefit financially from an outfit with close ties to the SSPX (which lists the religious community on its website).

Journalistically speaking, that's highly unethical. Likewise, some letters and articles went out from highly respected clergy suggesting that Church Militant was biased in its reporting. Those letters appeared on the same website, but it was clear from even one cursory reading that the bishop who wrote the letters had not been told of the abuse and cover-up by leaders in any real detail.

Here's the bottom line: If Church Militant's reports are wrong, then the close-to-dozen victims — adults abused as children, both male and female, who have appeared on camera over the last year and recounted their stories — are simply lying. Their explicit detailed accounts of what happened, both the abuse and then the re-victimization by leaders smearing them and promoting their abusers.

Bishop Fellay has demonstrated wanton disregard for dozens of known victims and their families.

Every time Church Militant airs one of these investigations, more victims come forward (as you will see in this latest report), and perhaps most importantly, it's revealed that their treatment at the hands of leaders caused them to lose their faith.

That's quite a black mark on a society that presents itself as the "authentic Church" and drapes itself in self-anointing such as "Eternal Rome."

On last night's Church Militant Evening News, we aired a preview of our Spotlight Report and discussed it with senior producer Christine Niles. 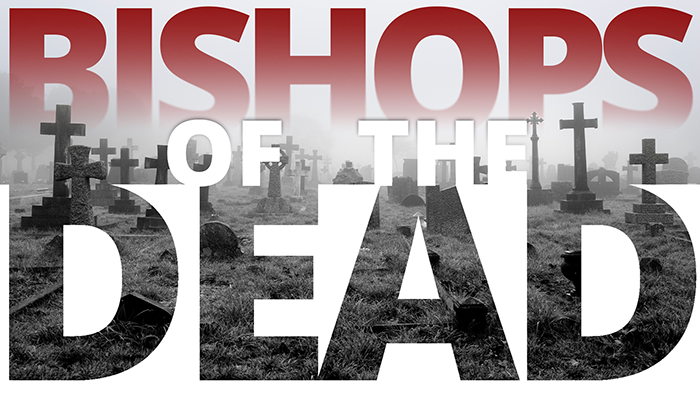 Bishops of the Dead
Ruling over a graveyard.