What else would a loyal son of the Church do?

In these calamitous times in the Church — and that is exactly what they are, thanks to the machinations of wicked prelates — there is a wide range of reaction among the laity.

The only response is to stay and fight, to stand up and fight for the Church in whatever way you can do it.

No, the laity aren’t bishops with authority. That’s not the way Our Blessed Lord set it up. But in a time when so many successors of the Apostles are wicked or cringing cowards, the laity do need to respond — on both levels of the natural and the supernatural — both, not just one or the other.

In the first order, therefore, their own souls are headed for damnation, and no Catholic could ever want a successor of the Apostles to fall as everlasting prey to the demons. Through their own spiritual negligence they have allowed themselves to be overwhelmed with falsehoods and evil, and despite themselves, we must seek their good. That is the very definition of charity.

The same applies to the weak men among their ranks whose cowardice fuels the evil, because the wicked among them take advantage of it. Pray that the weak, even if they are somehow compromised, cooperate with the grace that is surely being given to them to stand up and oppose their wicked brethren. All of that needs to be happening every day by all of us in the realm of the supernatural. 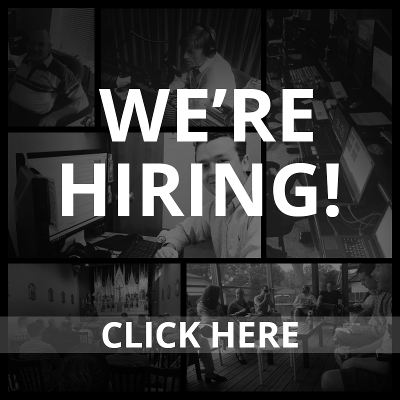 But in the arena of the natural, we must also be active — and that means not just realizing something is horribly wrong in the Church and bemoaning it with like-minded Catholics, but focusing your mental energy on this and coming up with a 'local' solution. By local, we mean within your orbit: your family, your friends, your circumstances. This can play out a thousand million different ways because each person is different and in different circumstances from everyone else.

Maybe you join the parish council. Maybe you begin a Catholic Bible study. Perhaps you go teach young children the Faith at the parish. Maybe you have it out with the unfaithful priest in your parish who is perverting doctrine. Perhaps you start your own prayer group in your house. Perhaps you adopt a seminarian and help keep him in check spiritually.

Just some random suggestions. The idea is there isn't one solitary Catholic who can't do something in the natural order. Maybe you print up little flyers about some nugget of Catholicism and put them on windshields. Or, having realized the disaster, the calamity that has befallen the Church, you start an internet site and consecrate it to the Immaculate Heart of Mary, under the protection of St. Michael, and offer it to Heaven for the entire purpose of being used to save souls.

Obviously we're talking about our own effort here: Church Militant. Or perhaps you realize the tremendous work that gets accomplished here and pledge to support us financially to help us grow, to expand.

As you know, we are just in the beginning stages of launching our expansion campaign, and this expansion will require an enormous effort on our part as well as a deep commitment from you. It's very clear that the chaos the Church now finds Herself in is not going away anytime soon. It's been 500 years in the making, with much emphasis on the past 150 years, and the last 50 we are seeing all the rotten fruit being born.

What are we trying to do here at Church Militant? To announce the Gospel of Our Blessed Lord that each man must change, must put off the old man and put on the new if he has any supernatural hope of salvation. But as we discovered in our early years, there are actual forces operating from within the Church trying to kill that message by twisting it, and part of the work therefore must be to shine a light on these malicious and malevolent forces, these wicked or cowardly leaders who are involved.

The good news cannot be announced when mixed messaging dilutes it. For example, when the beautiful Catholic teaching that truth is apprehended in the mind is contorted into "truth is arrived at by determining how you feel" — this evil distortion must be confronted. And that's just one; there are hundreds, thousands of examples that could be cited.

And what does Church Militant do exactly? We help educate people about all this. We present the teachings of the Church, and we expose those who would distort them. We stand. We stand and fight.

Forgetting for a moment the 80 percent of Catholics who have already left the Church and the practice of the Faith, and honing in on the remaining 20 percent, the vast majority of this 20 percent simply do not understand all this to any substantive degree. They have fallen for the lies of the wicked men because very few have decided to stand in the breach and declare the truth, consequences be damned.

But the evil doings of the wicked men have begun to come to light, and this is the moment for the faithful to push their cause, to advance. The enemy within the Church has been exposed, and there will never be another moment like this to battle it. Enough people are beginning to arouse, and we, all of us, must make every effort to fully wake them and point to the great spiritual danger.

Do not think for one moment that this battle does not really involve you. It most certainly does. The King of the universe brought you not just into generic existence, but He brought you into this moment of existence, this time and this place. He would not have done so if He did not plan for you to become a warrior in the face of all this.

It doesn’t matter if you are young or old, married, single, parent, grandparent; what matters is that you step up, stand up and fight. This is the Church established by the Son of God, and there is no other. There is no salvation outside this Church, and that truth places an enormous responsibility on everyone of us who knows it.

Church Militant is dedicated to this cause to our very marrow. We want and need your help, everything you can do, to join us and assist us. We need more bodies, more space, and more technology — and in the natural order, all that means more money.

Unlike the social justice, heretic crowd in the Church, we don't get hundreds of millions of dollars a year from the feds. Everything we get comes from you, either through Premium subscriptions or sales or donations. And we are asking you in the strongest possible terms we can, please help us grow even stronger in this fight.

We have been attacked by every liberal, heterodox, unfaithful prelate or clergy you can think of, including the homosexual current in the Vatican itself. We are at war; we don’t like it, but what we like or don't like simply doesn't matter. We had no idea all this was the case when we started 13 years ago. We were content to just have a simple little local Detroit TV show, because we didn't recognize the overwhelming need.

Now we do, and we have responded — and we are asking for you to respond with us.

Apostolates like Church Militant need to be greatly assisted by faithful laity to help lead the charge for the defense of orthodoxy and the restoration of the Church. This filth that has entered the Church, which has been manifested in homosexual clerical sex abuse, is only the tip of the iceberg. It's much deeper than that.

It has penetrated the liturgy, catechesis, evangelization, music, seminaries, formation, education, spirituality — not one corner of the Church escaped. There has to be a counter to this, there have to be organizations dedicated to this fight, people who wake up every morning, who stand and fight. But behind them, there must be people who support their work, spiritually and materially.

Please assist us here as we approach the end of the year — with our eyes on a greatly improved Church Militant.

Additionally, our expansion includes some new hires, faithful individuals who understand the enormous stakes and who want to work with us — and stand and fight. If that’s you, please contact us by clicking on the link.

For everyone else, please donate to our expansion campaign. We need to grow and we need you to make that possible. 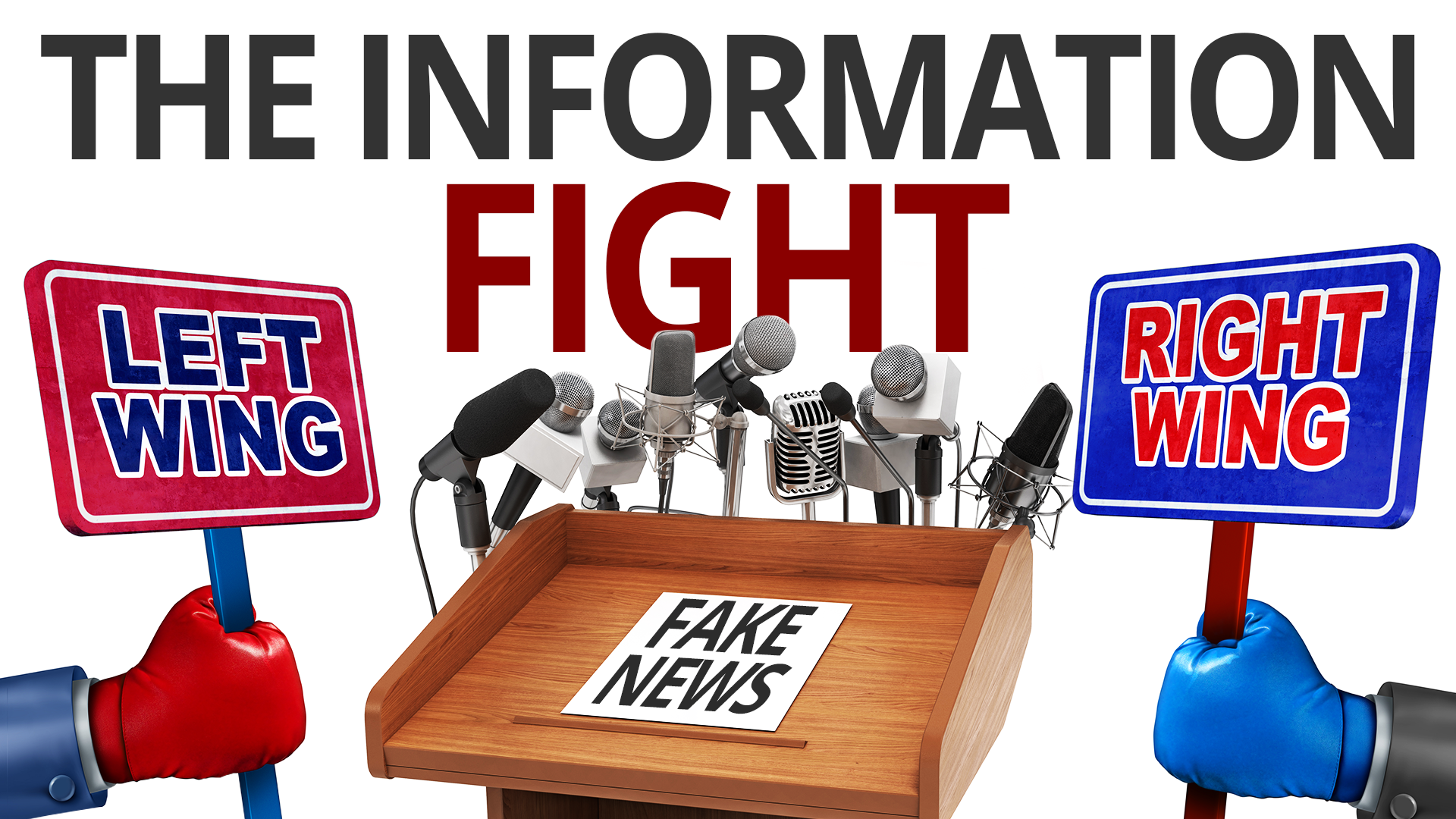 The Information Fight
Everything is riding on it.