And the fires of Hell await the silent.

Next week will be the one-year anniversary of the public revelations that Theodore McCarrick was a serial homopredator.

June 20 last year was the day the archdiocese of New York Review Board's assessment that he abused an altar was indeed a credible charge, and that opened the floodgates about his entire history of intimidating dozens and dozens if not hundreds of seminarians into sleeping with him in the notorious beach house on the Jersey Shore.

But those revelations, sordid as they were, raised even further concerns, deep troubling scenarios which had never before been allowed to be openly discussed.

The now-certain reality that an entire network existed which at the very least, profited from McCarrick's evil, if not directly participated in it came into sharp focus.

As informal investigations began forming and asking questions, even further revelations have been laid bare about the real possibility that McCarrick was, in fact, a Communist plant in the Church along with many other men who were sneaked into U.S. seminaries.

But all kinds of questions about finances, and other members of the network, illegal activity, intimidation of victims, insurance fraud and so forth are still on the table — unanswered.

This week, the U.S. bishops are gathered in Baltimore, and to listen to the discussions among them, at least the public ones, it's as though none of this ever happened.

The senior leadership, like Donald Wuerl and Joseph Tobin and Blase Cupich, each of whom owes his current place in the College of Cardinals directly to McCarrick, have breezed right on, turned the page, and it looks like most of the rest of the bishops are just fine with that.

On Tuesday in fact, those three — "the McCarrick Trio" — were front and center distributing Holy Communion at the Mass.

Funny that, there is a high probability that not one of those men actually believes in the Real Presence, judging from their ignoring of canon law regarding it.

Yet there they are, large as life, ruling the roost. Are there any men among these bishops, one, who will stand up and call out this hypocrisy, this near sacrilege?

Donald Wuerl has been caught, actually caught, lying multiple times about what he knew of McCarrick, and yet he is allowed to prance around the meeting as if he is some kind of prince.

When an institution stands this much on ceremony — even ignoring evil for it — then the institution's days are numbered.

Why have no bishops made a motion from the floor that Wuerl actually be censured, publicly censured, for the shame he has brought upon the episcopate? Or is that not cricket in bishops circles?

It should be. Where's all the blather now about fraternal correction and holding each other accountable?

The bishops will investigate themselves? Ridiculous. They can't even offer correction when it's needed, when all the facts are out there for the whole world to see.

Could the reason for that be that so many of them themselves would have to stand up and do the same thing and, well, Heaven forbid, let's just move on. It is exactly this lack of charity — and that's what it all boils down to, a glaring lack of charity for the souls of each of them by each them.

Do they not think for the slightest instant that these sins — and they are enormous sins — are going to have be accounted for before the throne of the Supreme Shepherd?

This evil of McCarrick — and not just McCarrick but all of it that has been revealed because of the truth of McCarrick — this evil has been responsible for suicides, loss of faith on a dramatic scale, a dragnet of federal and state investigations, a loss of revenue, the persecution of whistleblowers and, most importantly, a hardening of the hearts of so many shepherds.

Many of these men are, at this very moment, in their individual response to all this, sealing their eternal fates because they are embracing lies.

They will not make the sacrifice, which is what true charity is all about, they will not step forward and confess what they know. They will not admit their role in the entire situation, whether it touches directly on the McCarrick affair or only tangentially.

What the faithful perceive, and feel in our Catholic gut — and this includes many many clergy who are faithful — is that a large portion of the bishops simply no longer have supernatural faith, if they ever actually did.

They have fallen from grace, and when someone in such high office falls from supernatural grace, there is little hope of recovery because, as their father the devil did, they become distorted and reflections of evil. Just look at Judas.

The Church in the United States is at a crossroads — a vital moment.

The bishops could be true fathers here and do the right thing, and that would include the immediate disbanding of their legal teams who are strategizing on how to avoid as much legal and financial responsibility as possible.

Many of them should lay bare their diocesan files, admit the errors and sins of those they succeeded, then publicly confess their own and then resign.

Then, they should retire to a life of obscurity and offer up any remaining sufferings for the restoration of the Church, beg on their hands and knees before their Heavenly Shepherd to forgive them their sins and use their contrition as reparation to the Sacred Heart for their part in the destruction of the Church they have sat atop of for decades.

This is the measure of fatherhood — sacrifice, atonement, reparation.

Is there among them, not one, who will make this plea of his brothers? Hell and all its attendant torments await the unrepentant. And deliberately ignoring the unresolved evil of the past reflects a frightening attitude of unrepentance.

If the men in that room, with their chains office dangling from their necks, do not repent, they will be damned.

Talk about the floor of Hell being paved with the skulls of bishops. 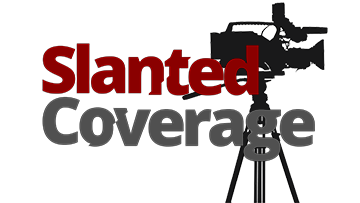