The deliberate deception by the Seattle archdiocese and Abp. J. Peter Sartain regarding the recent suicide which made national headlines has been remarkable.

When the Associated Press first reported the story a couple weeks back, it was clear that various people in Church leadership knew in advance that Robert Fuller was planning his suicide, even down to the funeral Mass.

The backlash from Catholics at the story forced Abp. Sartain and coadjutor Abp. Paul Etienne to issue a statement critical of the story for implying that a priest who gave a blessing after Mass in this photo knew in advance of Fuller's plans.

What they did not say was the archbishop knew in advance, which is incredibly deceptive, because the implication is that no one in authority knew anything.

But a thorough combing through Fuller's Facebook page — all the way back to March — reveals that loads of people in the Church knew in advance and gave their blessing, perhaps not to the suicide itself, although many did even there, but to the funeral Mass.

Fuller was a pagan-worshipping, active homosexual who, as such, received sacrilegious Holy Communion and then committed suicide.

This was known in advance, either in part or total, by various people, including the archbishop who gave his sanction for the funeral.

That sanction was probably in defiance of canon law 1184, which states: "Unless they gave some signs of repentance before death, the following must be deprived of ecclesiastical funerals: notorious apostates, heretics and schismatics; other manifest sinners who cannot be granted ecclesiastical funerals without public scandal of the faithful."

Well, if the archbishop giving his permission for an active gay man civilly marrying his homosexual partner moments before offing himself in a planned event complete with national media in attendance, and doing so as to encourage others to follow in his steps, who believed and stated publicly that he was going into eternity as a shaman — if all that doesn't give scandal, we'd like to see what does.

See, here's the problem with many of these bishops who are generally considered "good," as Sartain was viewed before he resigned a day ago for health reasons.

It's not enough to merely be personally orthodox. Orthodoxy also requires boldness, and frankly, you can search high and low for that trait among U.S. bishops and you will come up short empty every time.

They just don't have it — period.

Every time, they fall back on "we have to be merciful" or "we have to be non-judgmental," sucking at the teets of the world because at their core they are cowards — men who were recruited to be bishop precisely because they are wimps.

The bad guys in the episcopate, meaning the corrupt gay mafia, not only recruit their own. They also recruit this type of man, because this sort is of enormous help to them.

They present an emasculated version of leaders, and when their number swells to a critical mass, the dumb-downed faithful Catholic crowd, what's left of them, begins to believe the pablum of mercy, blah blah blah.

Mercy has two aspects. It must first be extended, but it must also be received.

God extends mercy all the time; but like any freely granted gift, if the intended recipient does not accept it, then it's useless.

People don't get to act like all is good. It's not. This in fact is a perversion of mercy and it creates enormous scandal.

But again, this entire crowd of bishops was selected precisely because they are either gay and/or go along with that filth or they are weak men, easily pliable by the bad ones.

To give permission as a bishop for a funeral of a suicide victim who actually planned the suicide for months is a horrible thing to have done.

It's not like a case of some young fellow who became distraught over some horrible life circumstances which suddenly befell him and may not have been equipped because of some psychological deficiencies.

Even in that case, its a touch and go sort of thing, but in this case, it was well-known in advance.

But this isn't Sartain's first case of notoriety in this regard.

Five years ago, he allowed the funeral of a priest who was an active homosexual and admitted he had sexually abused at least 10 boys. Twenty other priests showed up to concelebrate the funeral which Sartain had permitted.

The blowback in that case caused yet another press release to have to be issued wherein Sartian promised he would review the funeral guidelines for the archdiocese.

Well, doesn't look like that ever happened, unless they were redrawn to pretend there's nothing wrong with a funeral for an active homosexual pagan who attended a massively liberal pro-gay parish and killed himself.

What thinking Catholic cannot see that there is something very sick in the U.S. episcopate — very sick indeed?

This malaise and scandal is on track to continue for at least another 5–10 years until all these men are either dead or off the scene.

All we can pray for is that the men behind them have some boldness and somehow slipped past the gay and coward radar detector at the seminary.

But given the non-stop blather about immigration and the 19 press releases so far this year about mass shootings — and precisely none about abortion — don't hold your breath.

Still think there isn't a need for an independent, investigative Catholic media? 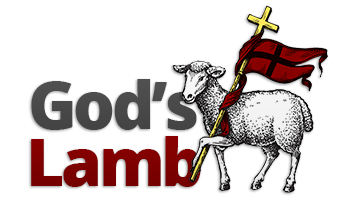