The whole Washington, D.C. establishment (a.k.a., "the Swamp") has gone completely in publicly to ensure President Trump does not remain president. General Colin Powell over the weekend added his voice to a growing chorus of Trump-haters within the Swamp to say he will not vote for Trump.

By the way, he added in an interview that he didn't vote for him in 2016 either: So who cares what he thinks, really? And this is key: The U.S. hierarchy and especially its political arm is an active member of the D.C. Swamp. They have been for decades, and they hate Trump because it's all being exposed.

It's high time the Catholic Church in the United States loses its tax-exempt status. There are simply too many crooked shepherds who profit from the deal and who are not using the money they save to fulfill the Church's mission. Accused homosexual bishops like D.C.'s Wilton Gregory — so gay that in Church circles he's known as the African Queen — are enemies of Christ and His Church and uncover themselves more and more every day.

Gregory and the entire leadership of the U.S. hierarchy for decades has been fomenting revolution in politics, pretending to care for the poor. They care nothing for the poor, except to mobilize them and use them to keep the Party of Death in power, which in turn keeps giving the bishops money to keep the Swamp filled.

Gay Gregory and all his brother Marxist bishops want Trump gone and are spinning the narrative that he's to blame for all this.

The U.S. Conference of Catholic Bishops (USCCB) is a very active part of the D.C. Swamp, and that's why the tax-exempt status needs to go away. You would be hard-pressed to find a more wicked, sinister cabal of liars and thieves — and that's saying a lot in D.C.

The men who built the USCCB bureaucracy and who now keep it going developed secret pipelines to bring in homosexual men from South America and flood U.S. seminaries. They lied to the faithful, shredded documents, committed perjury, engaged in and/or covered up the rape of thousands of mostly teenage boys and they maintained their control to keep up these moral outrages partially through their tax-exempt status.

The Church as we see it in America today, in the hands of these corrupt shepherds, is little else than a crime syndicate that Donald Trump should break up. Major dioceses and archdioceses are sitting on enormous endowments and not telling the people they continue to soak. For example, the archdiocese of Detroit has an endowment in the hundreds of millions; yet it still applied for and received over $2 million in Wuhan economic-stimulus money.

Even rolling in that much cash, they still laid off a huge portion of staff and are now at the beginning of the most incredible shrinking of a diocese practically on record.

These thieves in miters have stashed away tens if not hundreds of billions of dollars collectively and yet still enjoy a tax-exempt status. For what? These Marxists work to undermine America and replace the nation-state system by ushering in a new world order, complete with its no-borders, globalist, save-the-planet, shrink-the-population, diabolical propaganda.

The latest example of their participation is D.C. Abp. Gregory's quiet joining-of-forces to help destabilize President Trump by ordering his clergy to show up in cassocks at a protest in Lafayette Park yesterday, and then march on the White House at high noon.

There are a couple of issues here. Gregory hates cassocks, and the word is out in D.C. if you are a priest not to wear one around him, which is a little strange: You'd think he fancies a man in a frock. Second, the "Catholic protest" just happened, by sheer coincidence, out of the blue, to coincide with another leftist protest calling for the president to be deposed.

And the African Queen knows that the sight of priests dressed like priests mingled in with BLM and Antifa types and chanting and fist-pumping would potentially create a firestorm of TV news video as well as headlines like "Catholic Church Wants Trump Ousted." And headlines like that would be little else than what the Marxist media has become so proficient in: fake news.

Authentic Catholics, as opposed to the ones lobotomized by bishops over the past 50 years, understand the stakes here. So too does Abp. Viganò, who published a letter to Trump saying essentially, "The moment has arrived, Mr. President. It's good against evil, and you are the one in the Oval Office."

Viganò also called gay Gregory a "false shepherd." False shepherds run false churches that they poorly disguise as the true Church. But authentic Catholics can sniff out the smell of sulphur around this putrid lot in a heartbeat. Thousands of black Americans, most of them young men, have been gunned down in urban America — yet not a word about any of them.

And what about the millions of black Americans who never make it past Planned Parenthood? That's millions.

Why isn't Wilton having his priests stampede the White House about all those black lives? Oh, wait — black babies have an ally in Donald Trump, so no need for a riot in cassocks.

Gay Gregory and all his brother Marxist bishops want Trump gone and are spinning the narrative that he's to blame for all this. Inside operatives told Church Militant that the African Queen became enraged at the Knights of Columbus having invited Trump to the National Shrine and demanded they cooperate with his plan, ordering the local D.C. Knights to e-mail their pro-life list to try and get the troops mobilized to hit the streets.

President Trump, two things, please, for yourself and Catholics who are sick of the bishop tyranny: 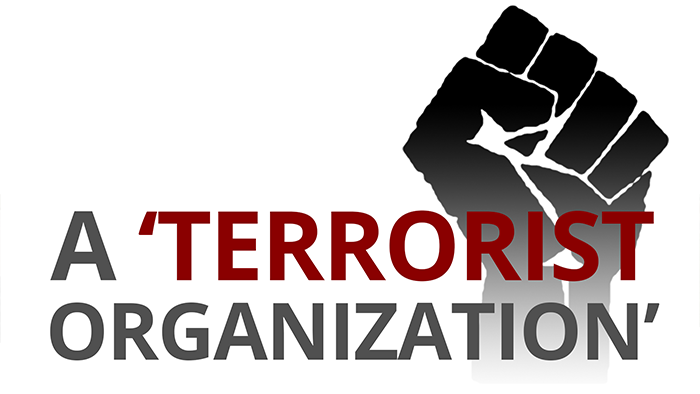 A ‘Terrorist Organization’
Time for the truth.