In all that we do.

I'm Michael Voris, coming to you from the heart of our St. Michael's Media/Church Militant media center, where we are currently undergoing significant improvements for the coming year.

In the world of media, change is a virtual constant, and change involves all kinds of moving parts, organizing all sorts of aspects and activities to feed into the greater mission. Even down to the sort of "small stuff" most people don't really think of, like moving desks, rearranging where people sit, reorienting sets (which on its own means moving cameras, lights and backdrops).

It seems we do this about every 6–8 months, and we finished expanding the studio just a little over two years ago.

However, what that all means, and what this all means, is growth. And what growth means is more and more Catholics, as well as people of goodwill who may not be Catholic (at least not yet), are paying increased attention to us and what we do here — what we report.

Church Militant has taken the lead position in the world of Catholic media — authentic Catholic media — something we are both thankful for and blessed with. This has happened because of our straight-up commitment to truth. Put in its simplest terms, you have all come to regard us as trustworthy.

But that's a two-way street. We are committed to bringing you all the information we can in a truthful, straight-up, no-holds-barred way, and we don't care who gets ticked off about it.

Be it bishops or lefties (sometimes one and the same), what matters is the truth. Nothing else.

In the world of media, change is a virtual constant.

The interrelationship between the two (the Church and the world) is having devastating effects on bodies and souls. Here at Church Militant, we concern ourselves with both.

The Church brings the message of redemption, of salvation into the world. But today, both sides of that activity are out of whack. The hierarchy has been reduced to an international gay crime syndicate, unable or unaware of its mission to the world, given it by Our Blessed Lord. And the world has reached such a state of depravity that it is almost incapable of actually hearing the truth.

And as the magnitude of work increases (and, believe me, it is), we have to make whatever accommodations we are capable of making to embrace the increased workload — even if it means literally rearranging the furniture.

It's actually become something of a joke around here now, that whatever and however we arrange the layout in here to accommodate production needs, it doesn't matter because we're going to change it again in a few months. Hopefully not, because it's kind of a pain. But we'll do whatever we need to do. The mission of saving souls (bringing them to the truth of Our Blessed Lord in the Church and the world), that's what matters. Nothing else.

Church Militant has taken the lead position in the world of Catholic Media.

Expect 2022 is going to be a pivotal year in the world, certainly, and even (likely) in the Church. That's what we are doing all this preparatory work for right now.

To that end, we'd like to ask you to make an end-of-year donation to us and our work here. TV is extremely expensive. Technology is constantly changing and needing to be upgraded. Personnel is always needing to be increased.

As more and more information pours in here from the world of the Church (as well as the political world), we need to be able to respond, and we need to do it in a way that is bigger, faster, stronger, better than all the rest.

People are calling us and contacting Church Militant precisely because they know they can trust us. No other Catholic media on the planet has proven its chops like this apostolate.

We work hard here — really hard — to make sure that we are your go-to source for truth.

But not just truth — also the much-needed context. Without context, truth is oftentimes just a string of facts: true, sure, but largely meaningless if you don't understand the significance of those truthful facts, of how they impact your lives (spiritual first, and then material), of what you are supposed to then go do with those facts.

This is what Church Militant brings to the worlds of the Church and the culture: truth and context, followed by solutions.

It all begins right here in our crazy, cramped, cozy media center; but it finishes with you — your support, your action out in the world to bring about a better world.

So please — whatever you are able to donate to our continuing fight for truth, Catholic truth leading to Catholic action, please just click on the link below. We have an ambitious agenda for the coming year, and you can rest assured that we here behind the walls of Church Militant (now having exploded to 65 workers) will be doing our part.

Please help us in this with whatever you can with your end-of-the-year donation.

Thank you in advance for all your support — financial and spiritual. 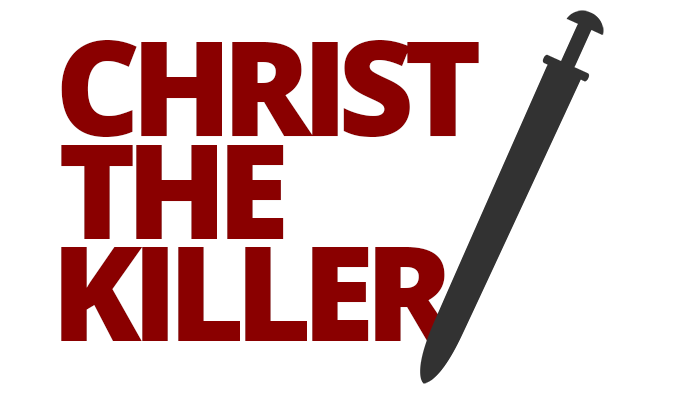 Christ the Killer
Join Him.