And getting ready to knock it out of the park!

It's become more than apparent that many quarters of the Church these days are simply corrupt. There are either financial scandals or sexual scandals and sometimes both and many of them going even a step further involving cover-ups and so forth. And all of this is on top of the near-complete collapse of authentic catechesis and the resulting loss of faith across the board. Things have gotten so bad, so desperate in many areas, that faithful Catholics are now becoming overwhelmed by the seemingly never-ending torrent of scandals. This new reality is posing problems not just with regard to the scandals themselves but for faithful laity trying to sound the warning bells.

All over, various areas of the Church, there are simply bad men, badly formed or badly intentioned or whatever, who are involved in all kinds of schemes and plots and plans that have the result of causing people to lose their faith. These men and their plots need to be held up to scrutiny and exposed — their plans foiled — because what they are doing is not Catholic. Whether it's the homosexual network deeply embedded within the clergy or various bishops and chanceries whose chief concern is raising as much money as possible or covering up the latest scandal, whatever it is, it must be brought into the light because of the danger it poses to souls.

Now, Church Militant isn't alone in this view of things. So, in an effort to join resources and be more efficient in this work, we've reached out to some old friends and forged even tighter bonds of friendship and cooperation — to work together, to team up and get down to it. So, we are happy to announce, first, that our longtime friend Michael Hichborn of the Lepanto Institute will now be a regular here at Church Militant as he works with us on our more exhaustive investigations. Michael will be helping with research and production of the more in-depth projects that need special attention paid to them, and Michael has developed that unique set of skills to fit the bill.

He'll still be doing his fine work for Lepanto Institute, no worries there. But he will also be contributing significantly to what we do here. And while Michael has worked with us many times before, here and there, we are happy to have him now be more formally part of the team.

Along those same lines, we are also happy to announce that none other the Dr. Alan Keyes is also coming on board here with the effort as a regular. Dr. Keyes was U.S. Ambassador to the United Nations under President Ronald Reagan, as well as a U.S. presidential candidate in 1996 and 2000, as well as U.S. Senate opponent of the then, still somewhat obscure, community organizer Barack Obama in Illinois. And I'm proud to say that I voted for Dr. Keyes during his run for president. The ambassador obviously brings with him a truckload of experience and insights from his life, as well as a critical Catholic mind able to pierce through much of today's evil both in the Church and in the political/slash cultural arena, and we are fortunate to have him joining forces with us.

Lastly, we want to let you know that we have secured the regular services of a splendid canon law team, who is practically second to none in its expertise and experience. For privacy reasons, we are keeping much of that close to the vest so as to allow greater movement and exchange of knowledge from them to us, but trust us, in very short order, you are going to begin to see just how deep the corruption actually goes.

All these new additions to the Church Militant team are highly skilled, knowledgeable and fearless in their approach, but most importantly, they all love Holy Mother Church and have a burning passion to see affairs put back in order and have joined forces with us to accomplish that very goal — to contribute to it in whatever way we can. These new members of Church Militant are all experienced and smart heavyweights who know their stuff down cold. They know what a story is, where to go to unearth it and how to tell it. They have lots of contacts and sources both inside and outside the Church.

And let's be very very clear on this single point. The goal of this is not to win Emmy awards for investigative journalism. It's to expose the damage being done to souls on a multiplicity of levels within the Church which also spills over into the culture. We are talking about people's eternal lives — their eternal destinies — something you hear too little about in today's world and Church but which means everything in the end.

We, here, are very excited about these new members of the team and are anxious to get going with their contributions — for you to see their work and learn from it so you can help other Catholics, clergy and laity, get their minds around what's happening to our Church and start to do something about it. So, sit back and buckle in. However well you think we may have done in the past, bringing you this information and these insights, it's about to get a whole lot better.

Keep us and our new additions in your prayers. 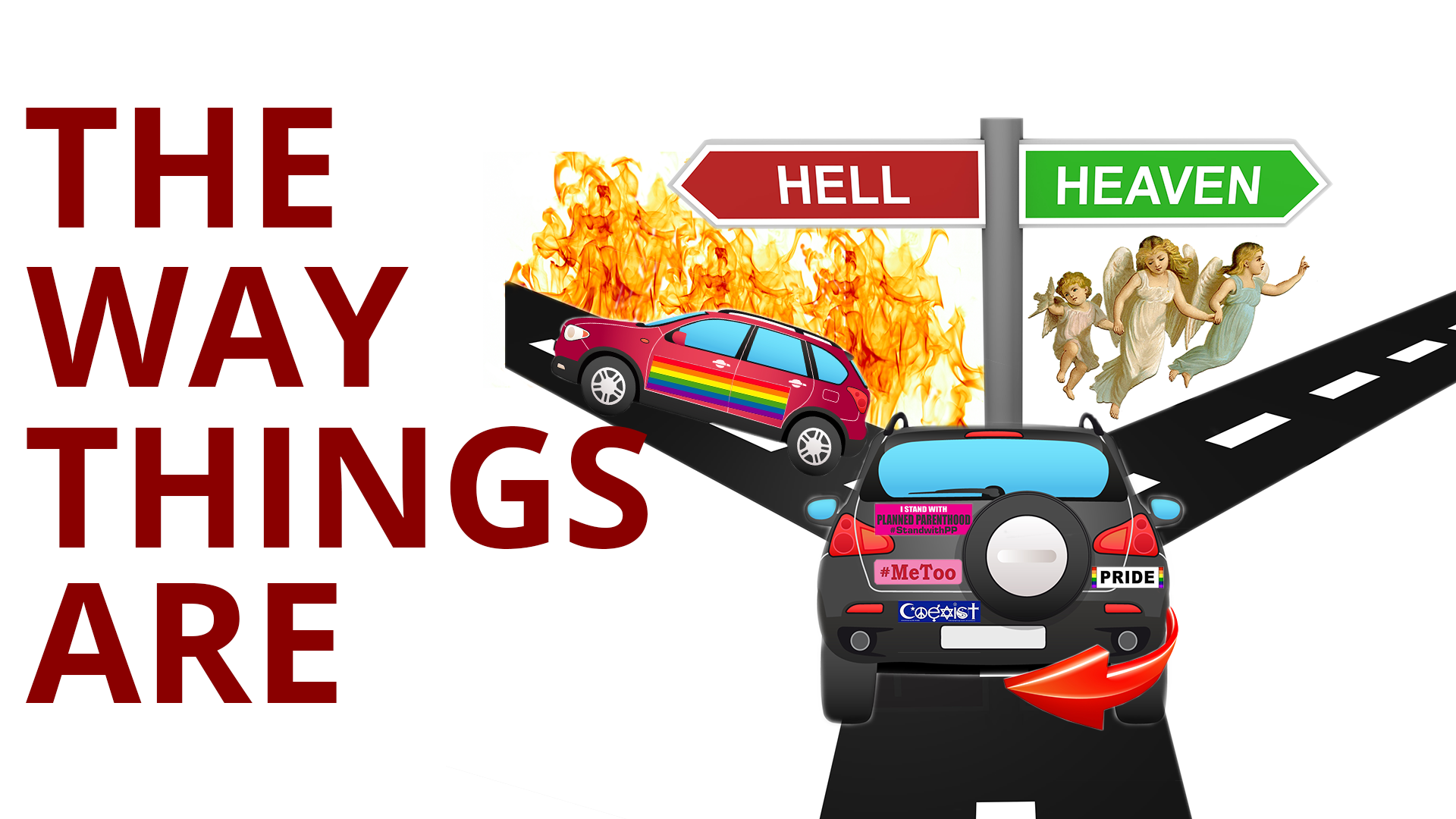 The Way Things Are
And will be.