Hillary is Satan's mop for wiping up the last remaining resistance to him in America.

Hillary Clinton is evil. There is no other way to say the reality. She is evil.

Archbishop Fulton Sheen made the perfect distinction between someone who is bad, and someone who is evil. A bad person does bad things — steals, lies, cheats. An evil person seeks to destroy goodness, virtue, honor, decency, morality and truth.

That the United States will have an evil person such as her as the next leader is a heart-stopping notion. Obama was the warm-up act to this evil woman. Like goodness, there is a hierarchy to evil as well. Not all evil is equally malicious, just as all good is not equally sublime. And barring an act of God, she will be the next president of the United States. This Luciferian candidate has the Luciferian media backing her nearly completely. And a nation which has given itself over to every Luciferian act imaginable sees no big deal.

And on top of all this, even if she lost Ohio, Florida, Georgia and North Carolina, she would still win the White House, because those states are still toss-ups. mostly leaning slightly toward her, but still uncertain.

The point is: She doesn't need to win those states to win the presidency. She is so far down the road with electoral college votes from huge, populous states already in the bag that the reality exists that she has it in the bag before the battle has even begun.

Could things change in some "never before seen in history" kind of way? There's always hope — but we are moving out of the realm at this point of a reasonable hope to a virtually despairing hope. Faithful Catholics have to begin picturing their faith lives under evil Hillary. Trump's almost comical characterization of crooked Hillary doesn't even come close.

This is the woman who declared out loud that religious beliefs were going to have to change — to accommodate her diabolical world view. And she's just the agent of Hell to do it. This is the woman who has said repeatedly that it isn't freedom of religion but only freedom of worship. To evil Hillary, clusters of faithful Catholics in faithful parishes here and there are temples of sedition, little groups that recognize her for who she is and fight her attempts to destroy goodness and truth and beauty.

Understand, this woman is a tool of Satan. She revels in the blood of innocent children, she accepts awards named after enemies of Christ, like Margaret Sanger, the racist founder of Planned Parenthood. She understands very clearly that the Catholic Church is her enemy because she sets herself up against Our Blessed Lord.

She has no fear of God. She has no love for the supernatural. Like her whole rotten, stinking Democratic Party of sodomy-loving, baby-slaughtering, child-perverting, communism-embracing, anti-God fellow travelers, the devil is her father.

Father John Hardon, a saint of a man who died here in Detroit 16 years ago, warned of this very catastrophe coming to America. He correctly understood and announced that just as Our Lord has His disciples, so too does Satan.

This moment has been being prepared for over many decades. A persecution is imminent, and it will be led by this woman and her tribe of fellow evildoers. But not all Catholics will be swept up in her plans for the simple reason that most Catholics — including large swaths of the clergy — have already abandoned the One True Church, outside of which there is no salvation.

And woe to those baptized, especially the ordained, who offer a pinch of incense at the altar of false gods. Hillary is Satan's mop for wiping up the last remaining resistance to him in America, a country that once held so much promise to be converted to the true Faith until it was betrayed into the hands of the demonic by twisted, traitorous priests and bishops.

It was, and in many cases still is, bishops who rolled out the red carpet to these demons under the guise of caring about race and poverty and immigration and the death penalty and gun control and stemming violence. But as the old saying goes, Satan always comes dressed up to the party, and he is about to drop his façade.

Even today, there is hardly a word from any of those wearing miters decrying the evil this woman propounds. Her education is straight from Hell, her policies bathed in the blood of innocent children and world population control. She advances evil in every manner conceivable — and still from our bishops we hear crickets, or idiotic statements about immigration or health care or religious liberty.

The bishops of America over the past 40-plus years helped create this monster, this destroyer, and she and her whole party belong to them. If God does not end this before she is sworn in to show His might, then He will use it in its unfolding to show His glory in the coming martyrs.

In either case, God be praised. 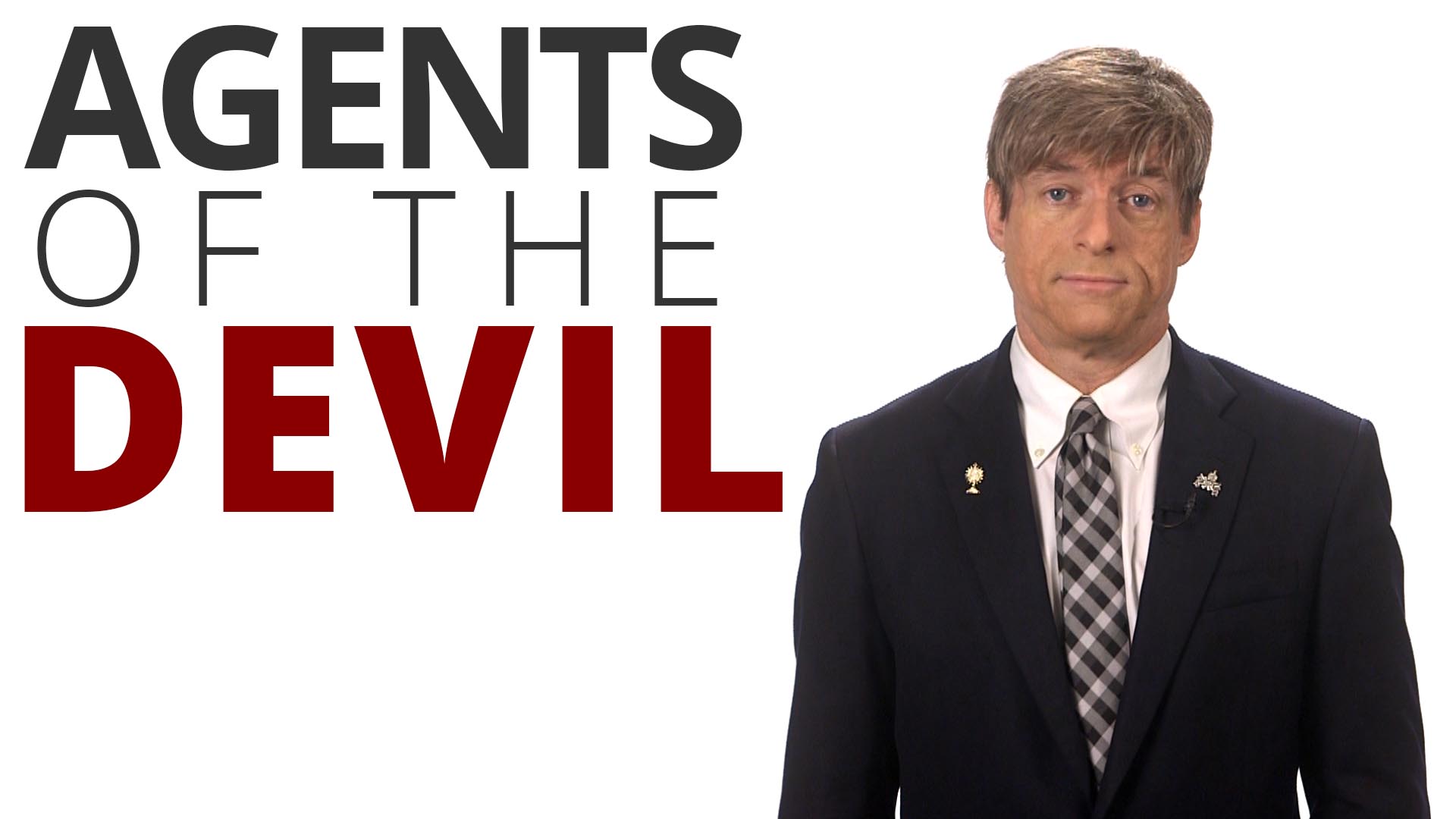 Agents of the Devil
An extremely horrible situation is about to become worse.