You did us all a great service.

It's extraordinarily clear that the planet is breaking into two distinct camps — two different worlds. And before we pursue this any further, let's be clear: We have Donald Trump to thank for this. During his presidency, sides were chosen by practically everyone, and what was accomplished was that everyone knew where everyone else stood. All the facades came down. All the cover-ups and phony "kumbaya garbage" all came to a screeching halt.

Of course, the Marxists hate this outcome because they have now been exposed. But so have the lukewarm Christianity types, the ones who actually let the world descend into its current hellish state. Good! And thanks again, Mr. President. It took a stolen election to finally wake up a sufficient number of people.

Moving on from songs of praise for the "new normal," let's turn our attention precisely to the new normal. The new normal is the revelation that the two worlds are comprised of one that believes in Christ and one that has Christ as its sworn enemy.

The separation is like a fertilized egg undergoing its first division, except, in this case, one of those new cells is seeking to destroy the other. The anti-God forces, having come to major prominence under the reign of the phony-Catholic, unelected Biden, are now on the ascent and dictating the narrative. In truth, they have been doing so for many decades, but not like this. The entire landscape has changed.

Prior to the election theft, they were operating in fits and starts, sometimes organized, other times not as much. But now they are all coalescing, and while they are still finding their footing, they will find it soon enough. For faithful Catholics, the truly disturbing part is that the large part of the Church, institutionally speaking, is cooperating with the anti-God side.

The anti-God forces have been gathering and collectivizing for decades, infiltrating every facet of life and culture.

When it comes to the Church, America, freedom, tolerance, equality, morality, virtue, family, education, commerce, law, health, medicine, religion, politics, dignity and even life, each side's view of all of these is 100% diametrically opposed to the other. The human race is spiraling toward either one of two ends: total devastation or a massive showdown between these two forces — and only one will be left standing.

Indeed, we are already in the throes of this happening. The anti-God forces have been gathering and collectivizing for decades, infiltrating every facet of life and culture and achieving near-total dominance. Meanwhile, the forces of those who hold traditional beliefs have been asleep at the switch, snoring their way through the Marxist takeover. And now as these people slowly rouse themselves from their slumber, they are finding they are being demonized, attacked and maligned in every one of the institutions.

It began most forcefully in the academy as hippie Socialists were churned out of the nations' universities back in the 1960s and beyond. Within a generation, the hippies put on tweed jackets, pony-tailed their long hair, and proceeded to brainwash future students. Generation by generation, students graduated and moved into the workplace and up the corporate ladder or the political world, cementing one victory after another, giving us the world we have today.

Until Trump came on the scene, their activities were largely unnoticed. Even today, too few so-called conservatives seem to understand the urgency of the hour. Yet, with or without their knowledge, the storm clouds are gathering quickly as the media combine with government to launch the first attacks, beginning with accusations of "domestic extremism."

But it's not just an accusation of domestic extremism that's the concern, but who the media are lambasting as extremists and a threat to the "American way of life." The New York Times summed it up perfectly with the headline last week: "White Evangelical Resistance Is Obstacle in Vaccination Effort." But what's most telling is the subtitle: "Millions of white evangelical adults in the U.S. do not intend to get vaccinated against COVID-19. Tenets of faith and mistrust of science play a role; so does politics."

While the Times focuses on evangelicals because a larger percentage of them (compared with Catholics) refuses to get the jab, there are millions of faithful Catholics who also will not be getting the experimental gene therapy injected into their bodies.

It is not a vaccine — remember that. In fact, we don’t even really know what it is. What we do know is that the whole COVID scare has been weaponized to shut down an economy, steal an election and propel the forces of world communism into the driver's seat. It has also whipped up a quotient of fear that is easily manipulated by these malevolent forces. And now, if you refuse to get jabbed on either moral or scientific grounds, or both, you are a threat, a terrorist, a hillbilly clinging to your Bible and guns, as Obama would put it.

No one is saying COVID does not take a human toll. But to start forcing people to get a shot to engage in commerce, fly on a plane, walk into a store, and, for Catholics, to receive the sacraments, is insane — and the COVID crowd is absolutely on the side of anti-Christ and anti-God.

To start forcing people to get a shot to engage in commerce ... and, for Catholics, to receive the sacraments, is insane.

Trust is fundamental to any and every relationship, and it doesn't matter what the nature of the relationship is. This is true in the media world, like here at Church Militant. You trust us to bring you truth and accuracy, and we take that trust as a foundational and serious obligation. You give us money through a variety of ways to sustain the effort here, and we guard that trust zealously.

Every relationship is built on a certain degree of trust, whether you're buying groceries or getting married and everything in between. So when a trust is broken, depending on the intensity of the relationship, it can be devastating. And oftentimes that trust is never capable of being restored.

Such is the case now between the two temporarily coexisting worlds revealed by Trump in the White House. For example, the violation of trust that the U.S. hierarchy has exhibited these last many decades has probably reached the point of not being able to be restored. The same is true of cultural institutions and believers. What, precisely, have Catholic bishops or cultural leaders done to earn one modicum of your trust in the past half-century?

When it comes to living all this out, we need not pretend that this won't get worse for authentic believers. It will — in fact, it has to. "Comfortable Catholicism" has come to an end. Thanks to Donald Trump, that is now abundantly obvious. So thanks again, Donald. You did the forces of faith a great service. As for me and my house, we will serve the Lord. 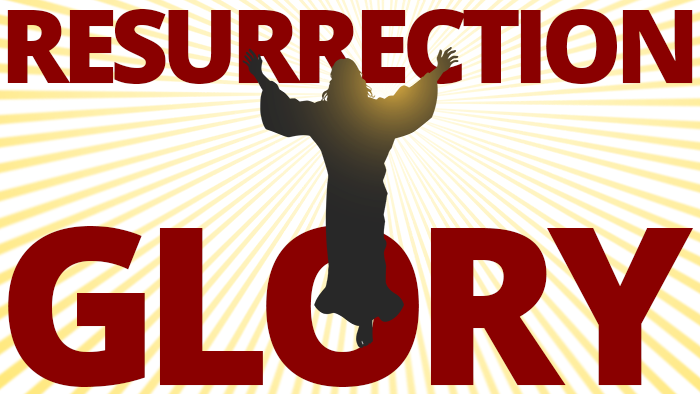