There is now only one, authentic Abrahamic religion.

As you are probably aware by now, all this week we are in the "back to school" mentality, and as such, we thought it would be a good time to review what we already know, but sometimes, too many times, is easily obscured and forgotten. To forget or ignore the "basics" creates all sorts of headaches and errors down the road, so we have decided in the spirit of being "back to school" to go back to the basics. Today is back to basics about the Catholic Church in relation to the so-called other Abrahamic religions, specifically Islam and Judaism.

First, Islam — the current understanding of it as an Abrahamic religion might be something of a stretch. It certainly is not as directly tied to Abraham as many people consider, Biblical accounts notwithstanding. The only two religions that can reach back directly to Abraham are Judaism and Catholicism — more on that in a moment.

Islam was a 6th and 7th-century amalgamation of various weak or heretical understandings of both Judaism and Catholicism with competing beliefs from various nomadic tribes from the Arabian peninsula tossed in for good measure. Perhaps paramount in its divorce from anything directly Abrahamic is a false understanding or conception of the One God.

Islam preaches, as one of its fundamental foundational beliefs, that no human can ever be united to god or Allah in Arabic. The closest that humans can attain to god or Allah is the will of Allah but not the divinity itself. That is completely unapproachable, according to Islam. Furthermore, Islam teaches that god is so powerful that he can actually change his own will, which of course opens up a plethora of philosophical problems and internal inconsistencies, not the least of which is, for the time being, Allah has decreed that Islam is the way to him and Mohammed is his prophet. But what if Allah changes his will in this regard, which according to Islam, he is certainly free and powerful enough to do. That's a problem too large for Muslim scholars to even consider, much less overcome. At the end of the day, Islam makes no sense.

Additionally, the specific Christian heresy, which made its way into Islam's foundation, is the heresy of Nestorianism, the 5th-century heresy, which denied the divinity of Christ. It admitted that He was "from God," just that He was not God. We hear echoes of this heresy in the teachings of Islam, particularly in the Koran, which is open to varying interpretations, owing to there being no central authority of the religion, giving rise to the two major divisions in Islam, Sunni and Shiite, along with various others. Islam is a kind of Frankenstein of poorly understood Judaism, and heretical Catholicism.

Which brings us to Judaism and the differences between it and Catholicism. The particular Judaism practiced in the time of Our Lord and prior to His Incarnation no longer exists. That Judaism had priests and a temple and sacrifices. All of that came to an end in the year A.D. 70 when the Roman General Titus and his 10th Legion destroyed Jerusalem, killing almost a million inhabitants and enslaving nearly all the rest. What arose in place of the old Judaism, now missing its temple, priests and sacrifices, was what we have today, 2,000 years later — rabbinical Judaism. While the source material obviously remains the same, the Torah, there have been multiple additions and accretions over the centuries, the Talmud being chief among such books. These are additions to what we would call Old Testament Judaism.

The early Church was Jewish, through and through — a nightmare situation for the Pharisees who fought against the Christian Jews violently even to the point of murdering them. James the Apostle, obviously Jewish, was murdered by the Jewish leaders in the first handful of years of the Church's existence in Jerusalem. Saul, Jewish himself, was sent by the Jewish leaders to murder the Jews who had come to accept Christ.

The division between Jews and Christians was first enacted by the Jewish leaders of the day who refused to accept the Messiah that so many of their fellow Jewish brothers and sisters were coming to accept. Having set out on a program of murder, persecution and expulsion of the Jews who accepted Jesus, the leaders of the Jews set themselves up for the destruction which befell them in the year A.D.70 just as their Messiah had prophesied on various occasions.

This, of course, does not mean that Jews can be exploited, discriminated against, persecuted and all that, as has happened so very sadly in many, many points of history. But likewise, because there is a relationship, however distant, to the Old Testament, does not mean that the truth of the matter cannot be spoken of directly.

The Catholic Church is the continuation of Israel, and in so being, proof that God has not abandoned His people. The Catholic Church is authentically Jewish in its founder, its original membership, its preaching, its self-understanding, its rituals, Scriptures and so forth. Consider for example, that the entirety of the New Testament was written by followers of the Messiah who were all Jewish and saw no discrepancy between their belief in the Messiah and their Jewishness. In fact, they saw the glory of God being fully realized in the Jewish people as Simeon declared in the Temple, holding the Incarnated Babe in his arms, "the glory of Your people, Israel."

It's a beautiful thing, in fact, to meditate on how God keeps His promise down to the 1,000th generation, that a young Jewish maiden of the house and lineage of David is now the Queen of the Heavenly Kingdom on which the historical Kingdom of Israel was patterned. The list of examples is endless but all recognized and understood by the Apostles, the Apostolic Fathers, the Fathers, the Doctors of the Church, not to mention the multitude of saints.

Tomorrow is the gigantic differences between non-Catholic Christians and Catholics — a set of differences deliberately overlooked and ignored and causing tremendous damage to Catholic self-identity. 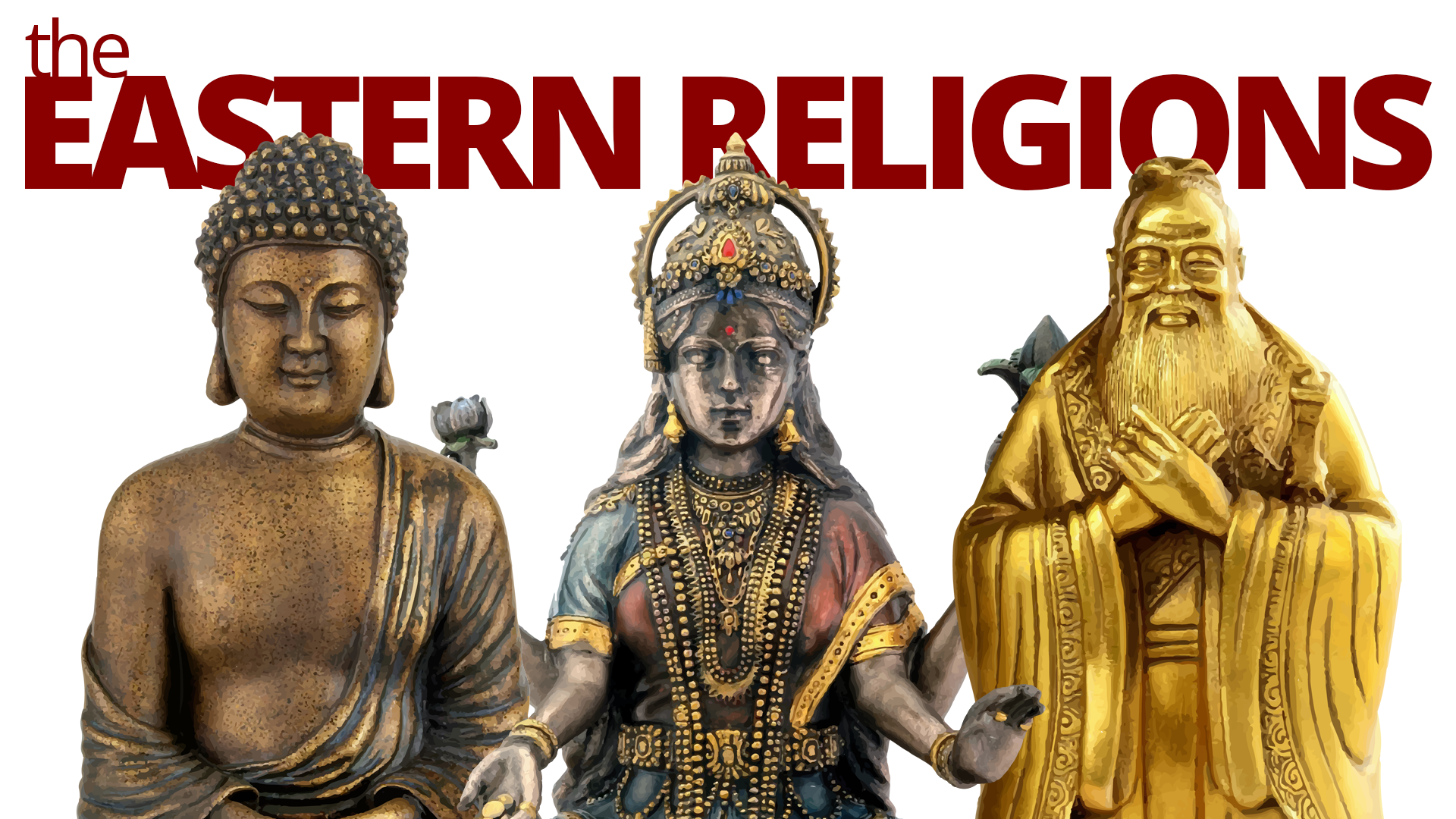 The Eastern Religions
Many adherents, many falsehoods.