It must be recognized.

The shift within self-identified political-conservative circles to embrace sodomy has been stunning. It is the Achilles' heel for those looking to destroy the nation. In fact, it might be better referred to as lurching toward homosexuality rather than just embracing it.

This has happened largely because of the greed for power among those who pass themselves off as "leaders," but are little else than cowards whose lust for power makes them go along with the prevailing winds.

Every now and then, you may find a political leader who has the backbone to stand against those winds, but such a man or woman is pretty rare. But here is the question that needs to be asked: How is it that the prevailing winds have so shifted — so much so, in fact, that American conservatism isn't really American anymore and certainly not conservative?

America hasn't really been conservative since the days of the sexual revolution a half-century ago.

Once divorce and contraception were introduced into the mainstream, Americans, by the millions, simply gave in to their passions and reorganized their lives around having an orgasm — and not just an orgasm, but an orgasm with whomever, whenever and wherever they wanted, with whatever sex they wanted and as often as they wanted.

First, unleash the sexual passions, and, eventually, a culture collapses and an empire is destroyed.

True, during that time following the sexual revolution, there have been periods of so-called conservatism (the Reagan years spring to mind), but while Satan knows his time is limited, he is pretty darn accomplished at playing his version of the long game. Even with Reagan, it was a mixed bag where it really counted.

All the flag-waving and "Americana" aside, Reagan put Sandra Day O'Connor and Anthony Kennedy on the high court, both of whom supported abortion (although Reagan assured conservatives they wouldn't). And, of course, Kennedy penned the infamous words in support of child killing in the wicked 1992 Casey ruling: "At the heart of liberty is the right to define one's own concept of existence, of meaning, of the universe, and of the mystery of human life."

That philosophy would come in handy when Kennedy put his seal of approval on sodomy as "marriage" in the infamous Obergefell decision enshrining homosexual marriage as a "constitutional right" in 2015.

It's all a process: First, unleash the sexual passions, and, eventually, a culture collapses and an empire is destroyed. But there are, of course, some steps in between, and one of those is the embrace of homosexuality, something which has become mainstream within so-called conservatism.

This needs to be said: At the heart of political conservatism today is a rejection of Catholicism. It's like the 1920s Know Nothing Party has resurrected, wrapped itself in the American flag and started beating up Catholics in dark alleys all over again.

This has come about for a huge number of reasons, but the driving force is that Protestantism, with its theologically untenable position of "make up your own Jesus," laid the dynamite for the destruction of not only political conservatism but most especially Catholicism.

The collapse of the Catholic Church in the United States is owing directly to its embrace of the Protestant heresy by Mass-going Catholics, beginning with the baby boomers. From there, it's been all downhill, both for politics and religion.

The Protestant heresy, American style, accepted birth control and divorce long before they became fashionable from sea to shining sea. But again, you open Pandora's sex box and it's "Nellie, bar the doors."

But for Catholics sitting in the pews, it wasn't just societal pressures from Protestant friends and workmates and their own passions that caused the collapse. It was pressure from the pulpit, where not just a sexual revolution happened, but a homosexual revolution had taken place a generation before.

It was Catholic clergymen, especially in the episcopate, who led the Catholic march toward mass acceptance of homosexuality — perverts in miters who dressed up acceptance of sodomy in the language of love and compassion and tolerance.

What they didn't say was they themselves were active homosexuals, some of whom were raping altar boys (but all promoting homosexuality behind the scenes in seminaries, religious houses, parishes, universities, you name it).

But to ensure that the evil advanced, candidates for priesthood were routinely screened to ensure they were either gay themselves or sufficiently weak men to not oppose it and go along with it. And once they mounted the pulpits, the propaganda flowed so much so that, according to multiple polls, of all Christian religious bodies, it was Catholics more than any others who accepted first civil unions, and then, eventually, sodomitic marriage.

Today, not only is homosexuality a well-established principle among Catholics and Protestants, it has become such among conservatives as well. In fact, conservatism has embraced the rainbow precisely because Christians did so first.

And Christians did because they couldn't resist the lure of unbridled sex. Today, every single noteworthy Protestant denomination accepts birth control, and most adopt the same attitude toward homosexuality. And that's officially — not just what some adherents believe personally.

In the world of Catholicism, a majority of the baptized accept all the same sexual sins introduced to them by Protestantism, in some ways, even more enthusiastically. But on the level of Church teaching, not only has it not happened, it can't.

Unlike Protestantism, which is man-made, all 40,000 variations of it, the Catholic Church was created by the Son of God — divinely constituted. Its members, like Judas, for example, can become corrupt; but it can never become so because of the protection afforded it by the Holy Spirit.

So here's the bottom line: Anyone who wants to engage in the political fight to preserve a culture, despite pretty long odds, needs to be Catholic (and not just like most Catholics today, but an authentic Catholic).

Catholicism built Western civilization. It was Protestantism that set the course for its destruction. And here we are today, having arrived at the logical conclusion of that centuries-long journey. Catholicism provides the unchallenged intellectual heft, the deep philosophical underpinnings and, most importantly, the grace from the sacraments to create saints.

The culture does not need 'conservatism'; it needs Catholicism.

Any movement, for good or ill, is destined to die if it does not comport fully with the will of God and His truth. This is true not just of movements, but of the individuals who comprise the movements. God is an all-or-nothing proposition — always has been, is, and always will be. 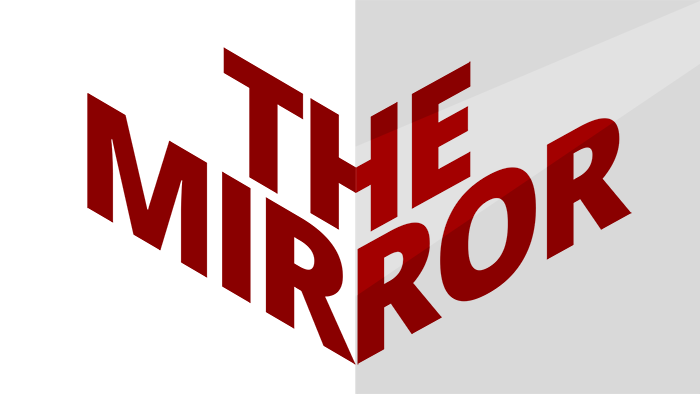 The Mirror
Couldn't be more clear.