If you haven't heard yet, Church Militant is now being spoken of as a "hate group." All that secular media attention has resulted in us getting the dreaded label of hater. And we are desperately searching for a safe space.

The latest idiotic charge came in the Christian Science Monitor, where incomplete quotes, half-truths (barely half) and distortions produced an article based on the boring and tired worldview that anyone who opposes the hegemony of the liberal elite is a hater.

It's a little mystifying, actually. Who died and left the Left in charge? The reason it's mystifying is because it never happened. The liberal establishment, with all its pomposity and superiority complex, has just deigned to decide the course of world events and map out their own plans for humanity. And you couldn't possibly understand unless you're college-educated.

Think of the complete arrogance of compiling and publishing a list of so-called hate groups and have an allied media publish it for you. And then everyone treat it as somehow authoritative. What complete and total arrogance. Who do these people think they are?

They make claims, issue press releases, call up their buddies who are of like mind in the media. And then the fake news, alt-left media quotes them as though these groups are the determiners of all things acceptable, groups like the Southern Poverty Law Center and the Task Force Against Hate and Terrorism.

To show you how lazy the alt-left fake news outlets are, have you noticed in practically every hit piece done on us the quotes of a Mark Weitzman keep popping up? In the original hit piece by The New York Times, even though the article was about us, Weitzman was actually quoted more than me. And that was after an almost 90-minute Skype interview between The New York Times and me.

Lazy, non-thinking, leftist, knee-jerk reporters just copy each other's info and themes, call the same people mentioned in the previous report — because they're too intellectually lazy to do their own work — and then throw together the same story, or at least the same story line. This whole hate group idiocy was devised by the extremist, leftist crowd to end all debate. It's just political correctness, another idiotic notion they dreamed up on college campuses more than 30 years ago.

The moment you are tarnished with the label "hater," you are no longer allowed to speak. That's why it's one of their favorite words, having prominent display at every extremist-leftist-socialist event that happens. It's on bumper stickers —"Hate is not a family value." How profound! It's at political rallies — "Love Trumps Hate." How deep!  It's at street demonstrations —"hater," "hater," "hater" signs all over the place.

Well, since the extreme Left thinks it has some kind of God-given right to determine who is a "hater," we're going to challenge and defeat that claim. We here at Church Militant are announcing that we are now rolling out our own list of "hate groups."

The hypocrisy on the part of these socialist, blood-money-backed operations with their elitist attitudes and Saul Alinsky worldview needs to come under much closer scrutiny and be labeled for exactly what they are — haters. They hate traditional values, anything that remotely smacks of orthodox theology, and anyone who says that their sexual immorality is evil and corrupting.

So we'd like to point your attention to our page here at Church Militant where we have begun our list of Extreme-Left Hate Groups.

In the Christian Science Monitor article, it quotes various "experts." That's how they present their buddies so you can't challenge them because they are "experts" and you're not, so shut up and pay attention. Dontcha' know, these "experts" have deigned from on high to declare the number of hate groups has increased to a scary level and the country now needs to be "fearful."

What the country needs to be fearful of is these organizations with their George Soros money and fake moral high ground, coupled with their elitist media allies, trying to completely refashion America and largely succeeding — until November 8, 2016, that was.

The reason there was an increase in "hate groups" is solely because these agenda-driven, phony "experts" changed their made-up criteria to encompass more. These organizations are or were given their credibility by a leftist media that continues to give them publicity and quote them.

But the credibility of the leftist media has been blown up, likely forever. They have an agenda, and the lid has been blown off that agenda and exposed. And for the record, we don't think there is anything wrong with having an agenda.

We have one. We have a worldview based on the divine truth of the Son of God and the Church He established — the Holy Catholic Church with Peter as its head. And see, we're honest about it. We welcome discussion with anyone at any time about that. Let's throw down and test the claim. We've got nothing to hide.

But the extreme-leftist media claim to be unbiased; that's a lie. Those reporters and producers and management and owners absolutely have an agenda and a worldview. They are just pretending they don't. And I know because I worked in the media for years. They love abortion, gay rights, birth control, divorce and remarriage. In fact, we just described the private lives of a huge majority of them.

That air of objectivity, which almost no one in America believes anymore, according to every poll and survey that's been taken, even of liberals, that supposed objectivity has been their weapon to be able to attack those who disagree with their private immorality. They hate (notice the word "hate") the Right because it's a rebuke to their consciences.

So they go out and do hit pieces veiled as objective journalism to discredit anyone and any group that promotes morality. But we all know this. You all know this. So now that the extreme-leftist media is consuming itself, exposing its true identity in a blaze of hatred, leading up to and following the election, let's turn to the groups they promote, like the Southern Poverty Law Center and the Human Rights Campaign and the Task Force Against Hate and Terrorism and Planned Parenthood and many others.

In the comments, please send in your nominations for extreme-leftist-hate groups and the reason why you think they should be on the list.

These self-appointed, traditional-morality-hating hate groups need to understand that they are not the elites they think they are and try to pass themselves off as. They are bullies, and they use bully tactics in conjunction with their media allies to suppress what is good.

Well, two can play at this game.  From now on, there are two hate group lists — the phony one that no one really believes anymore, and the real one.

Let's hear from you. 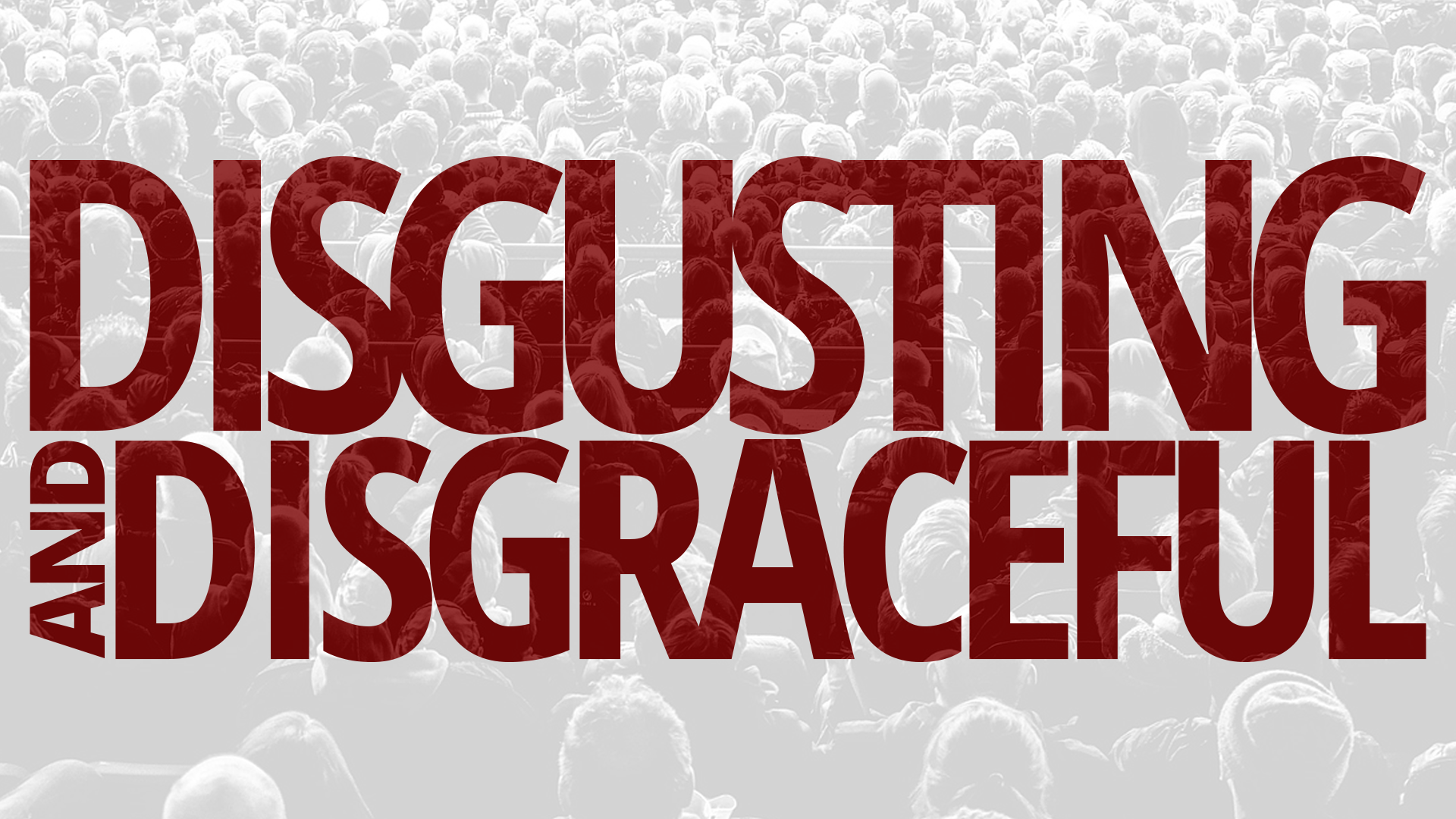 Disgusting and Disgraceful
How will leaders account to Almighty God when they die?