Sweet Mary, assumed body and soul into Heaven, pray for us.

Most Catholics in the West no longer believe the Catholic faith in any meaningful way. What they do believe is more akin to Protestantism than Catholicism. There is not anywhere near as much common cause with Protestantism and Catholicism as many cowardly Catholics, including leaders, like to pretend.

On this Solemnity of the Assumption of the Blessed Mother into Heaven, we have the perfect opportunity to examine this. The Church's dogmas about Our Blessed Mother have almost always been a sore spot for Protestants. The uninformed claims that we "pray to Mary" and "worship Her" are good examples of all this.

Modern-day Protestantism is either hostile to Our Lady or indifferent to Her. It sees no special role for Her in the great panoply of salvation history. Ah, how wrong they are! And here is a little scriptural proof.

From the Cross, Our Blessed Lord said a beautiful thing to Mary and His beloved disciple John: "Woman, behold your son; son, behold your mother."

Not only was it beautiful, but for Protestantism, it poses the most problematic conundrum. The gospels tell us — Matthew in particular — that John's mother was alive and present at Golgatha. Her name was Salome, according to the Gospel of Mark, and Matthew identifies her as the mother of Zebedee's sons, of which John was one.

So why would Our Lord from the Cross tell John that Mary was his mother? John already had a mother. And she was standing right there. Protestantism cannot provide an adequate explanation for that question because it rejects the only answer there is. While Our Blessed Lord was on a fundamental level providing for His Mother's care after His departure from this earth, something much more significant was happening.

Mary's role in salvation history did not end by just being a door for Jesus to come into humanity. What a ridiculous, limiting notion of the divine will. Mary forever remains the Mother of Christ. He didn't simply cast Her aside after Bethlehem. She is forever bound up in the plan of salvation. This is why the very author of the plan of salvation gave care of John to Her, and protection of Her to John.

If what Our Lord said and did from the Cross was merely make earthly accommodation for His Mother's remaining days, then why did He tell John that She was His mother when John's own biological mother was standing right there, very much alive and breathing? John didn't need two earthly mothers. But he did need an earthly mother and a spiritual Mother. And Our Lord gave him His own Mother, His own Blessed Mother. He gave Her to the Church and the Church to Her.

He calls John "son." John wasn't his son, not biologically, anyway. But he was "son" in the spiritual sense. This is the "son" who laid his head on the breast of Jesus at the Last Supper. This is the "son" who was called the Beloved Disciple. Earlier Our Blessed Lord had called John "son" in a humorous way when he referred to both John and his brother James as "sons of thunder" for wanting to call down fire from the sky on disbelievers.

Our Lord gave this "son" over to the care of His Mother. That act of caring and concern for all his "sons" did not exhaust itself on Calvary in a single instance. The Love of God is everlasting for all those who receive it. Jesus Christ created His own Mother not to be just His Mother forever, but to be the "Mother of all believers." What He said from the Cross was temporal, but more importantly spiritual.

This is what Protestantism cannot process — or in some cases refuses to look at. To acknowledge the truth of Our Lady's special role would be to tear down their own house and admit the Catholic Church was right all along. And if She was always right about Mary, then She is right about everything else. Protestants cannot admit the truth about Mary.

We Catholics must never stop talking about Mary and the great graces accorded Her by the Almighty. She herself said that "all generations will call me blessed." Protestantism, with all its supposed great love for Scripture, simply skips over that prophecy from the Mother of Jesus, written down in the inerrant, Holy Spirit-inspired scroll of Sacred Scripture. You can't have it both ways.

The Mother of God, in Her role as Mother of all believers, reigns in Heaven now as the Mother of the King — and owing to Her singular, powerful role, God assumed Her body and soul as the first sign of hope, the pattern for all of us who await the future day when we too will be re-united with our bodies on the Last Day. Because She is Mother, it happened to Her first. It will happen for us as well.

Oh, Sweet Mary, assumed body and soul into Heaven, pray for us. 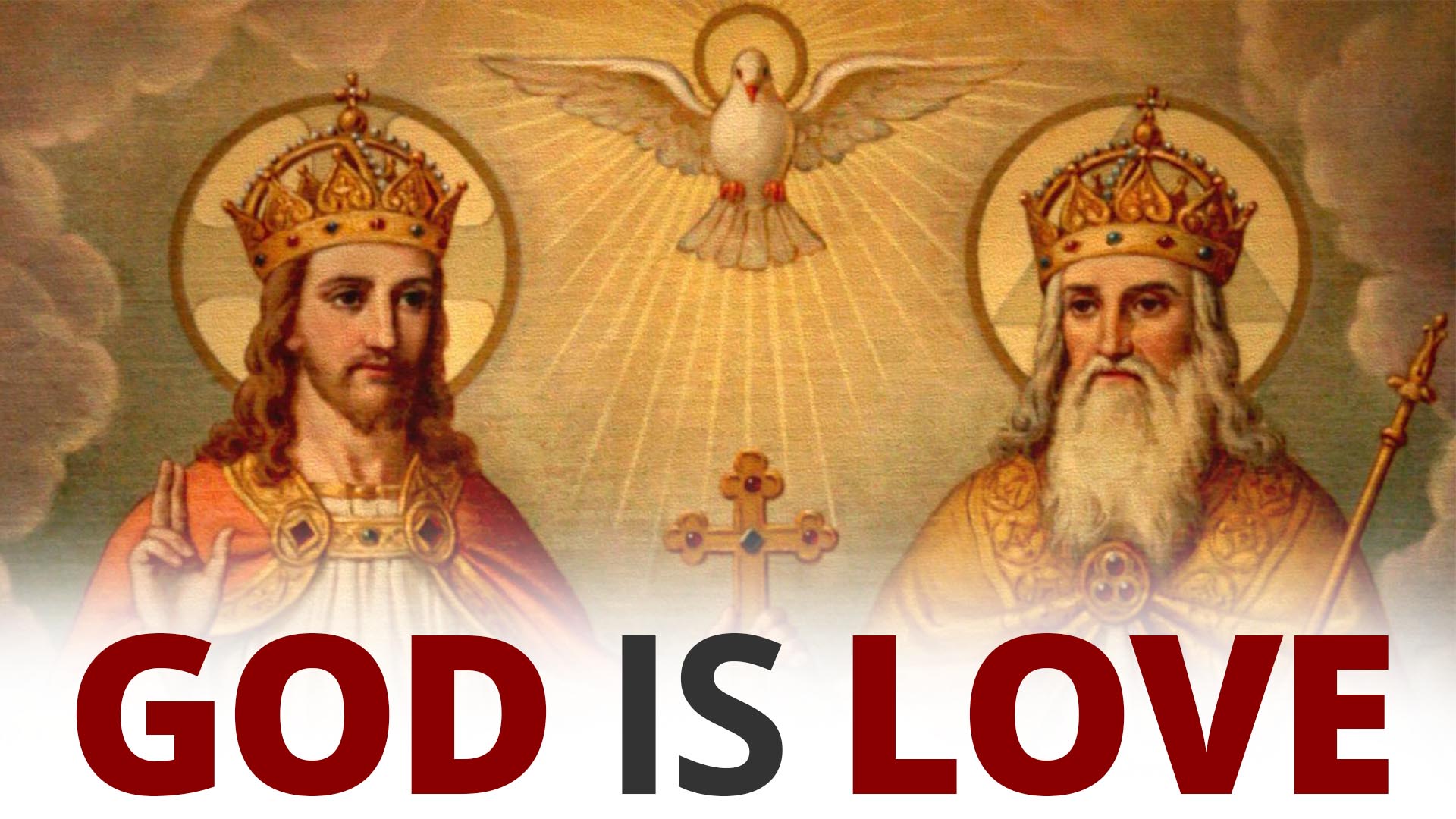 God Is Love
He can't love us anymore than He does because God is love.