It's time for the 'big truth.'

Marxist Democrats have made about as much hay as possible — that they possibly can — by labeling the election theft "the big lie."

After thousands of hours and commentary and op-eds and talking heads, tens of millions of Americans remain completely unmoved, convinced (correctly) that election 2020 was stolen. It was.

Just like tens of millions of Americans remain unconvinced that the COVID jab is good for you, your children, actually works and is safe. No, it isn't. Just ask the 20,000-plus Americans who took it and are now dead. Oh wait — you can't. And that's at least 20,000. The numbers, by the way, are from the CDC, not some conspiracy website. You can also check in with the 1 million–plus who have suffered some adverse effects from it (again, the CDC's numbers).

Real numbers of deaths and side effects are likely higher, perhaps even much higher. After all, these numbers are from the same people that lied about the gain-of-function research funding, the effectiveness of masks (and then their ineffectiveness), then said that you should wear one, then three. Then boosters work. Then we aren't sure. Then we have to get one every six months.

So excuse us if we think their death-and-side-effect numbers aren't reliable.

"The big lie" is what the Marxists traffic in — about everything. It's their stock and trade.

But what's different is that Marxists (meaning the Democrats) trot out lie after lie after lie. There isn't just one big lie. Combined, they comprise "the big lie," but are really a series of lies, each one designed to provoke fear and despair (and then get you to vote for them so they can "solve the problem" and calm your fears).

They dance back and forth, jumping from one lie to another (and then back to a former) until they have spun a massive web of deceit. Today's lie of the day, of course, is about saving democracy from fascists who have the gall to demand that you prove who you say you are if you show up to vote. You know — show a picture ID. Such fascism!

In order to accomplish this, we must pass the so-called Voting Rights Act — ignoring, of course, that every legitimate voter already has the right to vote (emphasis on "legitimate"). And in order to accomplish that (passage of the legislation) we need to blow up the filibuster in the Senate. And that is the real goal — ending the filibuster — because once that were to happen, it's "Nellie, bar the doors."

So the big lie is, non-Whites are being prevented from voting because of racist fascists — so give us Marxists more power and we will fix it.

The spotlight, for the moment, has drifted away from another one of the lies — man-made climate change. Oh, it's still there, tucked away neatly in the Build Back Better BS of Biden and his fellow Bolsheviks, but, for the moment, that's not the flavor of the month they want to talk about.

Their efforts are stalled — thanks, oddly enough, to Sen. Joe Manchin, a pro-abortion Catholic in their own party. But they haven't given up on their Green New Deal lies. They just need to figure another way to make it all law.

And here is, again, where the lie needs exposing. The truth of the matter is climate change is not caused by man. The climate changes routinely, brought about by natural forces in the universe and on planet Earth. Ever heard of the Ice Age?

If they truly believed climate change was caused by man, then they would insist China come to the table on all these climate change accords and councils and meetings. After all, the Vatican always shows up at those — because it's such a giant polluter.

China is the single biggest polluter on the planet, spewing out more toxins into the environment than almost any other nation, and yet, they get a pass (a green pass) from all the tree-hugging climate nuts.

At the heart of every one of their lies is a rejection of God.

But, see, lies have consequences. No sooner does the unelected Biden assume his powers than he begins to crush the energy sector — closing off pipelines, driving workers into unemployment and driving prices up at the pump.

At the heart of every one of their lies is a rejection of God.

Never forget that these people have climbed over the bodies of tens of millions of dead children to gain their temporary power. God is the last thought on their minds, if even at all.

In the case of the man-made climate change lie, it's actually pretty clear, perhaps even more so than in other cases. The Marxists are atheists. Begin there. They're either actual atheists or practical atheists. In either case, God is never on their radar (until they die, of course). Since they are atheists, they believe man is in control of everything, even the weather. Yep, even the weather.

God, you see, has vacated His throne, and they are perfectly willing to assume it.

Underlying the climate change lie (which, by the way, is why every scientist who says otherwise is canceled and has all government grants cut off) is the real big lie that runs through all the lesser big lies: God doesn't exist. They just can't come right out and say that, however, for obvious political reasons. But that's the fuel in these liars' tank.

See, without a God, the earth is purely happenstance, an effect of evolution without any grand design and without a grand designer who would lovingly craft it and care for it to be able to sustain human life until His return.

Any thinking like that is simply rejected out of hand, and the follow-through is that, therefore, man must control the planet, even down to the weather. The follow-through from that point is that legislation must be crafted, policies put in place, the trumpet sounded that the earth is about to blow up under the weight of man's greed and consumerism — that future generations are threatened and blah, blah, blah.

If they cared so much about future generations, perhaps they would stop slaughtering them by the tens of millions in the womb.

Why should Catholics be especially concerned about all this, in a particular sense? Because Church leadership is down with every bit of this. All over the Catholic landscape, man-made climate change is preached as dogma, while actual dogma is completely jettisoned.

Your collection-basket money, your diocesan-appeal money — all of it goes to support this underlying lie.

The fact that Catholics will have to digest (and will be unable to go on the offensive until they accept it) is this: There are Marxist bishops in the U.S. church as well as in the Vatican. They have no love, much less faith, regarding the Church. The Church is a tool, a vehicle for them to push an agenda where a global few rule over the masses. That's always communists' goal, regardless of their assertions like "all are equal" and "power to the people" and all that.

Every one of these big lies, which all bleed up into the really big lie, have this as the goal.

It's sad, depressing, angering and all that, that so many bishops are in line with all this evil, but that's just the way it is. Your collection-basket money, your diocesan-appeal money, all of it goes to support this underlying lie.

Man-made climate change denies God. Period. To the extent that many bishops go along with all this (just like they do "immigration" or "voting rights" or "racism" or "dialogue about sodomy" or any other of the big lies), they too, like Judas did, reject Christ.

Now, smart Catholics can step up to the plate and begin to deal in reality, or they can bellyache about how much things have changed and how fast they are changing, and continue to isolate themselves — until the effects of the big lie reach their doorsteps. But then, of course, it will be too late.

Crash the economy, devastate families, bring about division over phony, non-existent issues — that's the playbook of the big lie, and, most especially, its author, the Father of Lies. 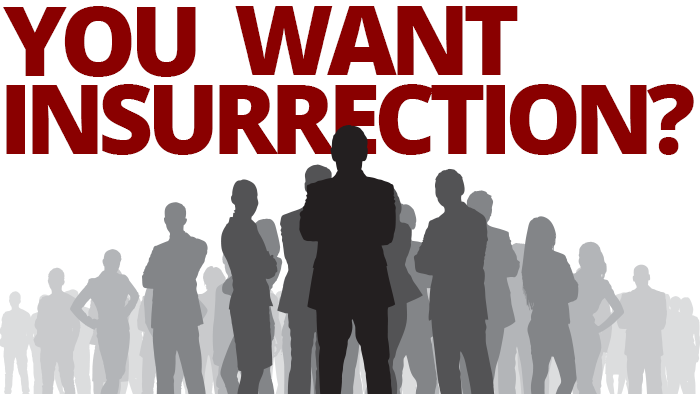