The Church of Nice (and Easy)

This Vortex is coming to you from the Convocation of Catholic Leaders at the Hyatt Regency in Orlando Florida — lots to report but no real surprises. First, moments, and we do mean just moments, after our crew arrived and went into the convention area, we were approached by 57-year-old Robert Yates, the designated head of security for the U.S. Bishops' Conference, who asked me if I was Michael Voris and then said, "You have to leave." This was roughly 45 seconds after we walked into the area.

Yates was of course under orders from his bosses and is a former military man hired by the bishops a few years back to oversee the implementation of their strategic plan. Clearly part of the "strategic planning" for this event involved keeping Church Militant as far away as possible.

The next morning we were handing out fliers to some delegates, which simply said save the Church and make sure evangelization involves speaking the hard truths. Again, the security team, this time many of them, were chasing us down and ordering us to not hand out anything to anyone. At one point, they even told us we can't even speak to any of the delegates.

Now, as you might imagine, we were a little taken aback that the Church of Nice, which is all about dialogue and tolerance demonstrated neither to us. I can't understand why we keep getting thrown out of events, even threatened to have the sheriffs called on us. Yates and his gang, with their strategic plan to prevent Catholics from speaking to fellow Catholics about the need to properly address the crisis in the Catholic Church, got hotel security in on the act. They came over and said the convocation people were feeling "harassed" by us, and we needed to stop talking with whoever would willingly stop and chat with us or they'd call the sheriffs. They were very cordial, just doing their job, at the request of course of the Robert Yates goon squad put in place by the bishops' conference.

The idiocy of this running off a group of Catholics talking about evangelization — like it's North Korea — is ridiculous on its face. And they wonder why so many leave the Church. The hilarious aspect of all this is that the theme of the convocation is "The Joy of the Gospel in America." They simply can't stop yammering on about how joyful they are until Church Militant shows up and wants a serious dialogue, then all the smiles go away.

And here is the heart of the matter. That a conference like this, with the bill largely footed by the social justice agents in the Church, would be happening at all completely overlooks the reality. The crisis in the Church is not owing to a lack of joy and evangelization but a lack of catechesis.

The night before we arrived, a somewhat well-known blogger, who is speaking at the conference, started screaming at us on our website, saying we were mean and all that nonsense and that we cause division and so forth. He said we hold on to our pet topics of abortion, same-sex marriage and sacrilegious Holy Communion and need to let them go — that they aren't the most important things. He said they have no place at a conference on evangelization, which should be about joy. And in a roundabout way, he proved our point. We've been saying for weeks that a conference on evangelization, without addressing the horrible state of catechesis, is pointless.

This convocation is pointless because it completely ignores the actual crisis. In fact, it sidesteps the hard work that needs to be done, talking about the Cross, and makes it all easy — just babble on about how much joy you have. People are not going to give up their sexual immorality because you're telling them how much more joyful they will be without their pornography.

Every survey and poll conducted in the past three years shows that the young leave the Church because they think none of it makes sense, and the culture has more solid explanations — more logical. You know, love wins — equality, coexist and all that. Schools explain those things to them, and without a logical counter argument from the storehouses of Catholic glory, they leave the Church. That's why this utter nonsense of placing your bets on appealing to emotion and not the intellect will be the death knell for the Church in America.

We are at a crucial, last-chance crossroads. Every social indicator there is says the Church is about to completely implode in the next five to ten years. Even enough of the leaders understand that. It's why they are having this conference, in spite of its incorrect solution to the real problem. They recognize the impending doom. The problem is the Church of Nice is going the easy route and not preaching the Cross. And having cast their lot this way, they will reap what they have sown.

There will be no reversal of the current crisis, no mass conversions to the Faith, no steady rebuilding. They have made an incorrect diagnosis and written a prescription for the wrong disease. The sad note is, with a little self-honesty and biting the bullet, it might have been very different. 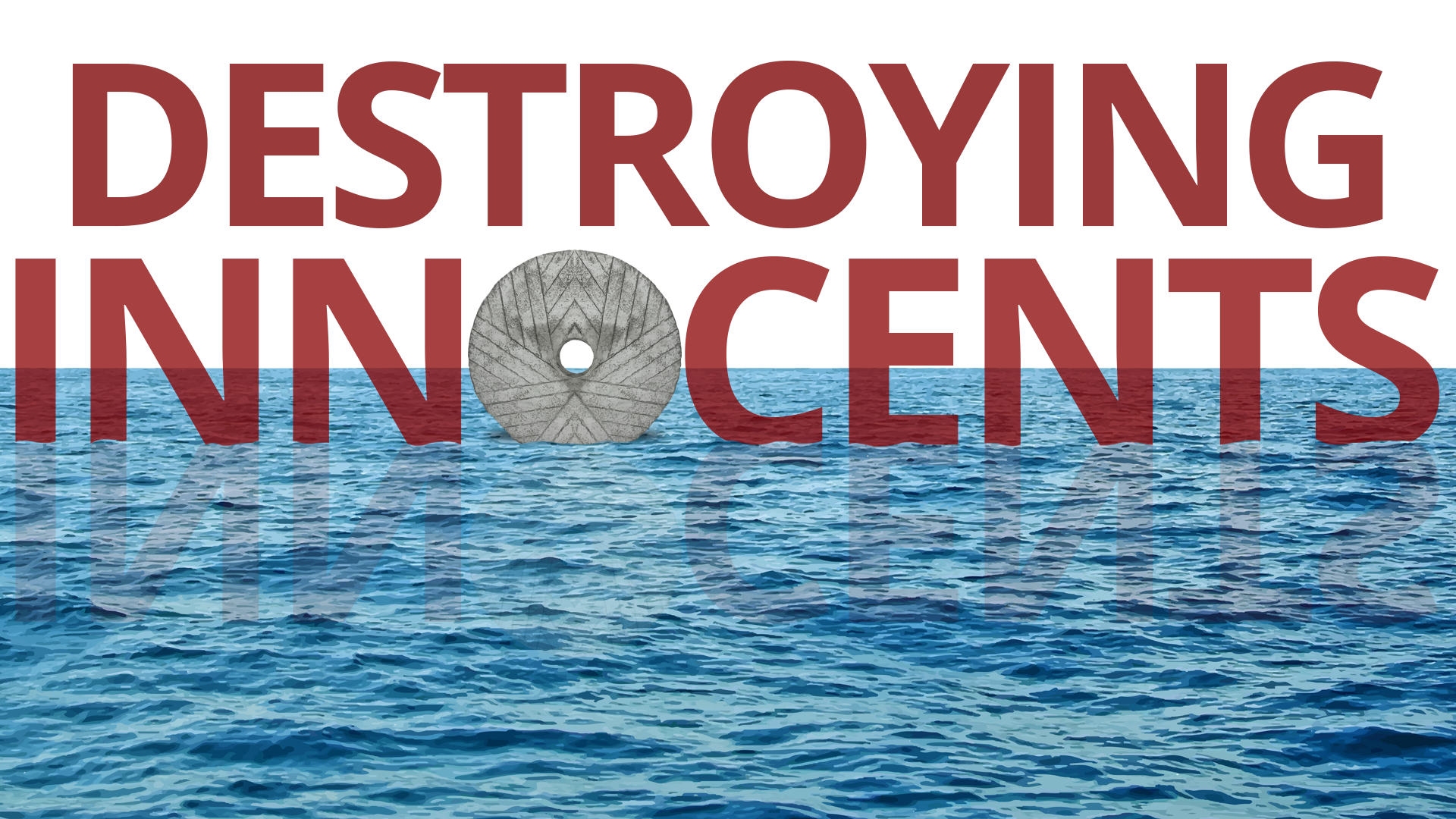 Destroying Innocents
Break out the millstones.