The Cry of Priests

I'm Michael Voris, wrapping up our weekend Church Militant Resistance Bootcamp in Tampa, Florida, where we are training up more than 150 faithful Catholics in various techniques in fighting the evil in the Church.

Speaking of evil in the Church — and that's exactly what it is — the treatment of certain priests by multiple bishops is beyond despicable.

Most Catholics who care about such things (which is still way too few) know all about the case of Fr. James Altman — who got very publicly kicked to the curb by his bishop in La Crosse, William Callahan. All Fr. Altman had done was call out the evil of the child-killing, male-on-male-anal-sex political party, and his bishop sidelined him. Blase Cupich, the temporary archbishop of Chicago, was the one who was pulling the strings on that whole scene, just for the record.

But what many Catholics, even good ones, have not yet realized is Bp. William Callahan is also the bishop of Msgr. Jeffrey Burrill, also known as "Msgr. Grindr." As a brief refresher, Msgr. Burrill, the highest-ranking cleric in the United States who was not a bishop, who was also the secretary of the U.S. bishops' conference, was caught red-handed with the homosexual hookup app on his phone — and using it.

And use it he did — according to reports, over a thousand times.

That's a lot of action, even for a gay man. Yet, as soon as the news broke, the hierarchy circled the wagons around the pervert (one of their own) and not only deflected for him, but protected him. Archbishop José Gómez of Los Angeles, in his capacity as president of the U.S. bishops, immediately released a statement assuring Catholics that no minor was among the thousand sexual hookups Burrill had engaged with.

They care about dwindling donations.

First, how would Gómez know that? The only person he could possibly have gotten that answer from would have been Burrill himself. So did Gómez speak directly with Msgr. Grindr? If so, did he ask him if all these reports were true? If he did, what was the answer?

He apparently asked him if any of the up to 1,000 males he hooked up with were minors. That question would presume that Burrill did, in fact, do what he was accused of. If not, why wouldn't Gómez say in his communiqué that Burrill denies all the charges?

So what are we to think of all this? An active sodomite rising through the ranks while having hundreds and hundreds of gay hookups and, when he's busted, the president of the U.S. bishops comes out in his defense, trying to put the best face on the situation possible — there were no minors!

But then we shift over to Msgr. Grindr's bishop himself, William Callahan, in La Crosse, who is so expert at covering up and deflecting (unless it's Fr. Altman) that he too issued a meaningless statement saying, in sum, they would be investigating.

So when something happens like this, they go into damage control — not caring about the priest's soul, not caring about the scandalous nature of it. They just circle the wagons, issue meaningless statements and then sweep everything they can under the rug so people forget about it as soon as possible, banking on people having short memories.

And this is how crooked political bishops behave:

That's why Fr. Altman gets blown up in public and also why Msgr. Grindr gets protected and squirreled away.

On Bp. Callahan's idiotic claim that he and his team will "investigate" the underlying charges that Burrill had sex with (or at least attempted to) nearly a thousand males, how stupid do these bishops think you are?

It's coming up on a year since all that news broke. How long does it take to sit the homosexual man down in front of you and ask the question, "Monsignor, yes or no?"

If the answer is yes — and we have never heard the "no" — then what's the holdup? Kick him out of the priesthood. He doesn't belong there. In fact, he should never have been ordained to the priesthood to begin with. And, like was done in the case of Fr. Altman by the same bishop, announce to the world that Burrill is done.

But, see, none of this ever happens. It's not that you offended (according to the bishop); it's that you offended over the wrong issue. Attack the sodomy-loving child killers and you are done. But be a sodomite and we show you mercy.

Catholics are cutting off funding of spiritual terrorists.

It's this garbage that faithful Catholics are fed up with. It's the reason Church Militant, in general, and Church Militant Resistance, in particular, are growing. It's why these boot camps are catching on. People are sick to death of corrupt men — weak men — hiding in robes, lying to them, deceiving them, taking their money and enriching themselves.

What else on God's green earth are normal, day-to-day faithful Catholics supposed to think? We are not commanded to check our brains at the door when a bishop speaks — especially a crooked bishop.

In fact, when a crooked bishop speaks or acts especially unjustly, it is demanded of us that we challenge his evil — and it is evil. All Catholics are in service to the Truth, Jesus Christ, and that includes bishops. A departure from the Truth, for any reason, is never allowed by those who claim to follow Christ — not in our personal lives, not in our social relationships, not in politics and certainly not inside the Church.

What the U.S. hierarchy has done in the case of Msgr. Grindr is rotten and evil to the core.

What Callahan has done, specifically, is even worse.

This is just one example of why Catholics are rising up, cutting off their funding of these spiritual terrorists, redirecting their funds, leaving parishes run by weak men who are supported by even weaker men who are bishops.

Here's a little idea. Why not try calling Callahan and asking him what his "investigation" of Msgr. Grindr has revealed so far? Here's the phone number: (608) 788-7700. That's the switchboard. Call and ask to be transferred to the bishop's office and demand (politely, of course) to know what in the Hades is going on.

Why is this priest being protected? Ask him. You have a right to that answer. Keep calling. Pound those phone lines.

In the meantime, remember, this is just one battle in the great war for the soul of the Church. 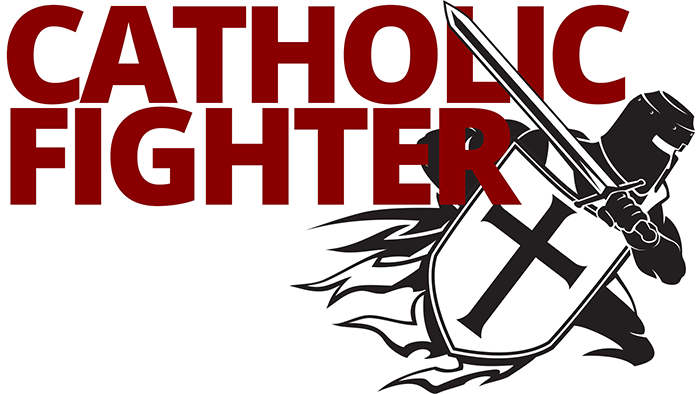 Catholic Fighter
And fighting is precisely what we need to do.