The Dam About to Burst

Bernardin was a homosexual predator.

Since Church Militant aired our special report last week on Chicago Cardinal Blase Cupich failing to report a case of sexual abuse of a minor involving his predecessor, Chicago Cardinal Joseph Bernardin, we have received numerous contacts with much more information.

The Chicago archdiocese for the past 30 years has been able to keep the wraps on Bernardin's evil with a series of threats, payouts and cover-ups — that is, until now.

For the first time ever, one of Bernardin's sexual assault victims is going public about his abuse at the hands of the homosexual cardinal.

He is on the record — and is none other than the same victim of Cardinal Theodore McCarrick whose testimony last summer brought down that homopredator. 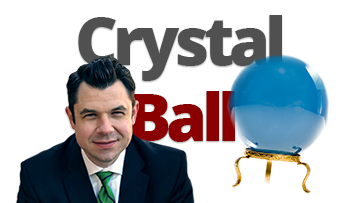 Crystal Ball
What's just over the horizon for the Church in America?