The Dogma Lives Loudly Within

By now you have probably seen or heard about this shameful attack by Sen. Diane Feinstein of Amy Coney Barrett, the Notre Dame Law school professor nominated by President Trump to the federal bench. So outrageous was the verbal assault that even heterodox modernist Catholics like Notre Dame's President Fr. John Jenkins went after Feinstein as did the failing and pro-gay Cdl. Timothy Dolan of New York. But what went largely unreported was the fact that sitting on that side of the judiciary committee bench were two Catholics, Dick Durbin of Illinois and Pat Leahy of Vermont, two fake Catholic pro-abortion senators.

Notably, it was Durbin, a Catholic who rejects the Catholic Church, who took exception to Barrett's use of the term "orthodox Catholic." He said the phrase unfairly maligns Catholics who believe child murder is acceptable and sodomy should be enshrined as a right from which marriage should be defined. For the record, it does not unfairly malign but rather accurately portrays them. They are not "orthodox Catholics" at all. They have abandoned their faith for political glory. Both Leahy and Durbin were at one time pro-life but to hold on to their political power, they switched and started voting for child killing.

Amy Coney Barrett is absolutely correct to make the distinction between orthodox Catholics and phony Catholics. It is the class of phony Catholics that have almost all the ecclesiastical and secular power among Catholics who have any such standing. But where did these Judases come from? Well, that's pretty simple. They are shining examples, exemplary examples of Church of Nice Catholicism, that pick and choose cafeteria Catholicism so heavily promoted today from within the Church.

Every day on the secular stage, we get a look at these traitors, which reveals the system whereby they easily converted to their phony Catholicism. Washington D.C. is crawling with these apostates — Joe Biden, John Kerry, Dick Durbin, Patrick Leahy and the whole Kennedy Clan before they went before the judgment seat of Almighty God drenched in the blood of innocents.

But they are by no means confined to D.C. — California Gov. Jerry "Moonbeam" Brown who was in Jesuit seminary in his young adulthood. Jesuits, hmmm, go figure. And of course former California Gov. Arnold Schwarzenegger is also a Catholic — both men betraying the precepts of their faith while in office in more ways than one. The list of traitorous Catholics never denounced or called out or even challenged by the Church Establishment is too long and painful to review, and it's been that way for decades. Imagine that headline: "Cardinal Terminates Terminator for Terminating Pre-born." Don't hold your breath.

Here's the problem in a nutshell, restating what Pope Benedict told German seminarians, there are too many malformed bishops and orthodox Catholics are just going to have to live through this because what other option is there? But living through this doesn't mean ignoring and being disengaged. In fact, it means just the opposite, exactly the opposite. It means being even more engaged. It means being dedicated to studying, learning, reviewing the Faith continually. We are in a pitched battle for the Truth, and the sad reality is we have very few allies even in the Church, especially in the Church.

As we've covered earlier this week, more than four out of five U.S. Catholics do not believe in the Devil and close to half of European Catholics don't see any real difference between Catholicism and Protestantism. These horrible realities are the reason we started St. Michael's Media and Church Militant, and even we didn't realize how bad it was when we started 12 years ago but we have come to realize, and now we are dedicated to calling out the error, and at the same time pointing to the Truth.

That's why we are asking you, highly encouraging you to sign up for a Premium subscription to Church Militant. We have hundreds and hundreds of hours of straight-up Catholic programming, ranging from classes to shows to investigations to just about everything you can think of — all to help you fall in love with the Catholic faith. And for those who sign up, just this week, for a recurring monthly subscription, which is just $10 a month, you will receive a complimentary copy of The Vortex published just this spring.

We must rededicate ourselves to knowing and studying the Faith so that we can resist the continuing loss of Catholic identity with all our might. Part of that involves setting aside time to study the Faith — to be enraptured by its glories and mysteries and blinding truth.

We have fallen so far, so fast, that the task ahead of us is almost beyond words. It is daunting, true, but that cannot dissuade us from the work. We have to simply knuckle down and get to work every day, in every little way and that includes committing ourselves to knowing the Faith.

So please sign up today for a recurring monthly Premium membership, and not only do you get a copy of The Vortex book but more importantly, you get access to all of our programming so it can be an essential part of your training in the Faith. Thousands already count on Church Militant to be their daily source of consistent knowledge of the One True Faith.

Don't just sit back and complain about the likes of Feinstein and the current state of affairs. Get involved. Get off the sidelines and get in the game.

God love you, and we'll see you on the Church Militant Premium channel, and thank you in advance for your Premium subscription. And remember, you want traitorous Catholics to call you out for the dogma living loudly within you. 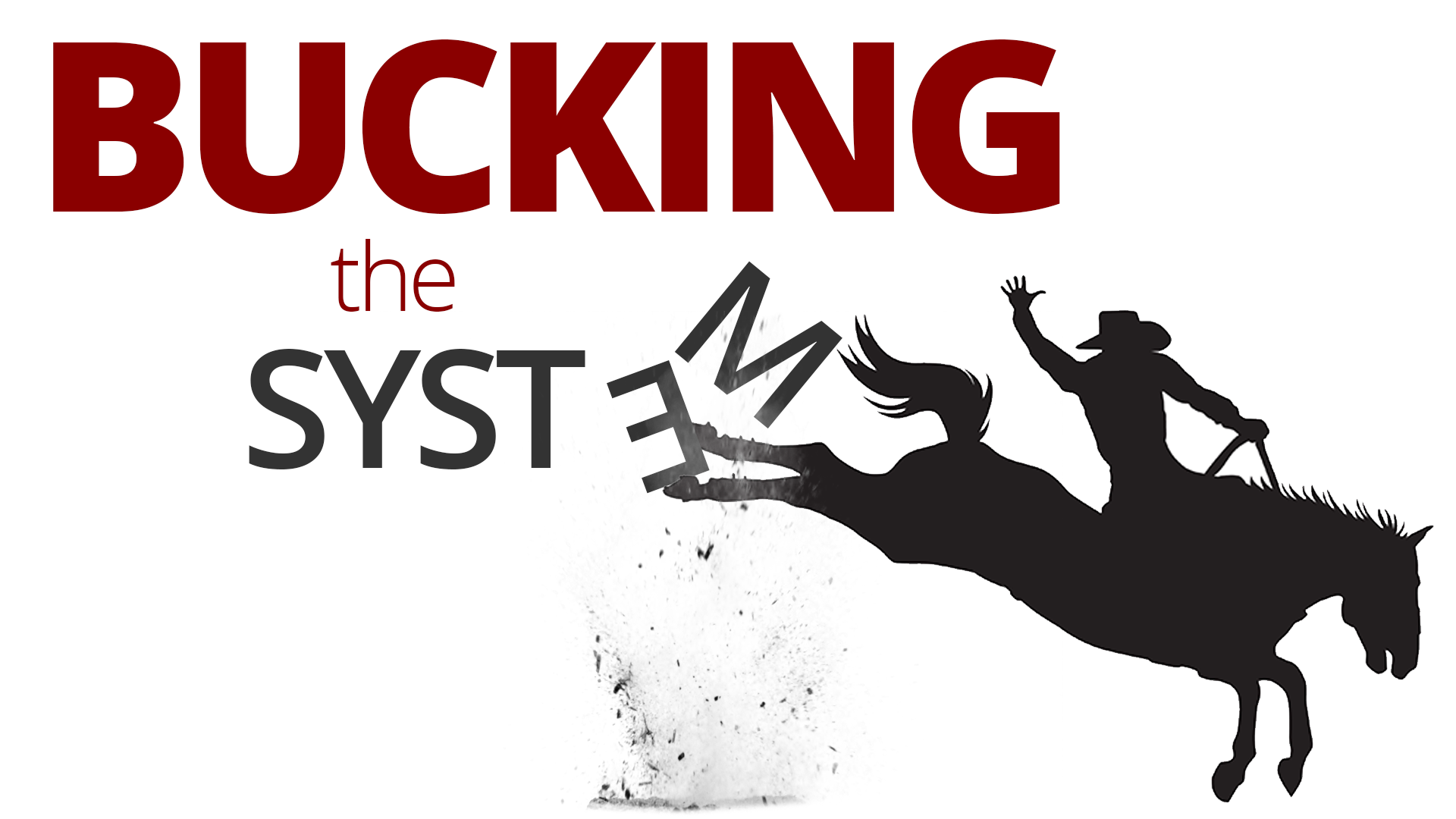 Bucking the System
It's the only way to get things done.