The Door to Heaven

It needs to be opened.

May 7, 2018  0
Podcast Available for Premium Subscribers

A custom from the old days of Catholicism was to post above the doorway of the entrance into the nave, "The House of the Lord; The Door to Heaven." Catholicism, always rich in its symbolism until the last 50 years or so of the Modernist insanity and heresy, the Faith was steeped deeply in symbolism. Not one movement of the liturgy, not one stone, not one window or Station of the Cross, not one line in the Mass, or vestment, or one line from the sacred music was not practically drowning in deeper meaning. That meaning, those signs and symbols, were pointers to the greater reality — the truth of Almighty God and His covenant with His people.

So, parishes were always understood to be the doorway, the launching pad as it were, to Heaven. Since the sacraments are the primary means of sanctifying grace, and the local parish was the place where the sacraments were most usually received, it was only natural and accurate to understand the parish as the door to Heaven. It was at the local parish where the future citizens of Heaven were to be initiated into the family of God and have Original Sin purged from them. It was at the parish where you made your first and many subsequent confessions. Also, the parish was the locale where for the first time you received the Body and Blood, Soul and Divinity of Our Blessed Lord, preparing your flesh for the Resurrection of the Dead on the Last Day and your soul for reception into the Holy Trinity. It was here you were confirmed, made ready to battle for your faith, would be married or in the case of those who received Holy Orders would offer your Masses and where you would finally have your mortal remains laid to rest and prayers offered for your soul.

Yes, the parish revolved around your eternal life, preparing you to be saints — a saint factory as it were. Even the schools often attached to parishes were cognizant of this mission and set about quite ably fulfilling it. And of course, the sermons of the priests during Mass were to give you the necessary instruction to keep in the front of your mind that your primary responsibility was the salvation of your soul and to whatever degree you could help others with their duty. My, oh my, how parish life has changed.

True, the sacraments still have the same validity and effect, but so few Catholics understand that. They do not see their parish as the place where they are to go in sinners and come out saints, being prepared for Heaven. They don't see it that way because their priests no longer understand it that way. They have become places of boring religious insignificance. The very notion of salvation is so far removed from people's minds because it is not seen as something that must be worked on daily.

Sin is disregarded as an antiquated notion from the Middle Ages, from before the Second Vatican Council and therefore we no longer teach about it. And having abandoned the teaching on sin, we have certainly given up the teaching on the eternal consequences of sin — damnation. We never dare breathe a word about our enemy, the Devil. We keep quiet to the point of atrophy on all things controversial and sinful. And as a result, one of the sacraments that should be attended with much more frequency is not, and the one Sacrament which should never be approached without great scrutiny and care is treated with less concern leading to sacrilege.

For a parish, and listen closely good Fathers, for the pastor and clergy to not keep salvation and damnation, good and evil, virtue and sin in the uppermost of your parishioners' minds is a complete abandonment of your sacred duties. You are there to sanctify, make holy, the lives of your sheep and that is not happening. So is it any wonder that diocese after diocese is shuttering parishes by the dozens and dozens, the most recent large scale shutdown announced being Pittsburgh, where the current 188 parishes will be busted down to just 48, and yes you heard that right, a chainsawing of 75 percent. The ultimate bottom line for all these closings is that the parishes were not fulfilling their duty of making saints, so really, why are they needed?

Many of the current bishops and their predecessors were completely negligent in their God-given duty to make their people saints, to safeguard and keep careful watch over every little jot and tittle so that nothing could come in and threaten their journeys toward their heavenly homes. But for the past 30 or so years, this was not done. Active homosexuals were ordained by the hundreds, if not thousands. Dissidents with their own agendas to "change the church" were given charge over the sheep and change the mission they did. Smarty-pants theologian types, who regarded themselves smarter than Fathers and Doctors of the Church, were set loose on the faithful to tell them that we have a reasonable hope that all men are saved.

The social justice warrior-priests were unleashed on the people telling them in sermon after endless homily that all that really mattered was fighting poverty and white privilege and capitalism and climate change. Well with all the preaching and smashing of tradition that the sodomite, dissident, overly smart and social justice priests did over all these years, the people got the message that the Church was not special, was, in fact, not really needed, and they did what any reasonable person would do — they left. Why hang around a church, after all, that tells you the point of being there is really nothing beyond celebrating yourself. You can do that at home by yourself in your bed, as you get more sleep on Sunday morning or get out on the golf course for an earlier tee time.

Parishes are closing because an incredibly high percentage of baptized Catholics no longer see any point in being Catholic and subsequently attending a parish. And the few remaining ones who do have some nostalgic connection or other psychological reason for wanting to hang on are certainly not instilling the need for the Church in their children. Their children, in fact, have given up not just attending the local parish or identifying as Catholic but even believing in God. Why would anyone come to a place whose mission is to give you the needed support to ensure you die a saint when they don't believe in God or don't think anyone is really damned.

The bishops who are now calling in the "experts" to future out how to manage the decline and come up with clever phrasing to soft-sell the catastrophe [Pittsburgh ironically calls its parish closing plan  "Church Alive"].  It is the bishops who are to blame for this — for all of it. Even now they parade dissidents before the people, homosexual men struggling with their own psychodramas, religious sisters who are little else than atheists, social justice Democrats who care nothing for the unborn and think not having a job for a month is the greatest sin. They still, in the face of the greatest collapse of Catholicism in the history of the Church, still are doubling down on their tactics which have brought ruin to the Church.

Too many of them oppose tradition whether it is in liturgy or music or teaching or catechesis or whatever and see their misguided and malevolent attacks on authentic Catholicism as the only means by which the Church can advance. They are wrong, dead wrong, spiritually dead wrong, eternally dead wrong. The hubris they exhibit, the refusal to confess their wrongdoing and mismanagement, to renounce the evil they have permitted to flood into parishes and destroy souls will have no excuse or pardon before the throne of their Lord and Master when they stand before Him. What blindness to watch diocese after diocese shrivel up and do a massive money grab in the process, as their last act of life and refuse to admit the reality.

Parishes, that have somehow managed to weather the spiritual assault and still have some semblance of Catholic life, need to step it up. The people must demand from their priests to be spiritually fed with authentic Catholicism, and if they have to stampede the chancery and demand their bishops start behaving like a bishop, then so be it. This crumpling and shriveling of the Church, this massive ruination of Her, has got to be brought to an end.

You, young men in seminary, listen very carefully. It is falling to you to break this cycle of the heresy of modernism that has forced the Church in the West onto Her deathbed. You must not follow the course laid out by your liberal professors and posts and priests' councils and bishops. You must preach with all boldness the truths of the Faith and make your parishes doorways to Heaven. If you can't do this, then leave seminary now before you have the stain of enormous sin on your souls. This is not a game. The parish is either a door to Heaven or slide to eternal damnation. 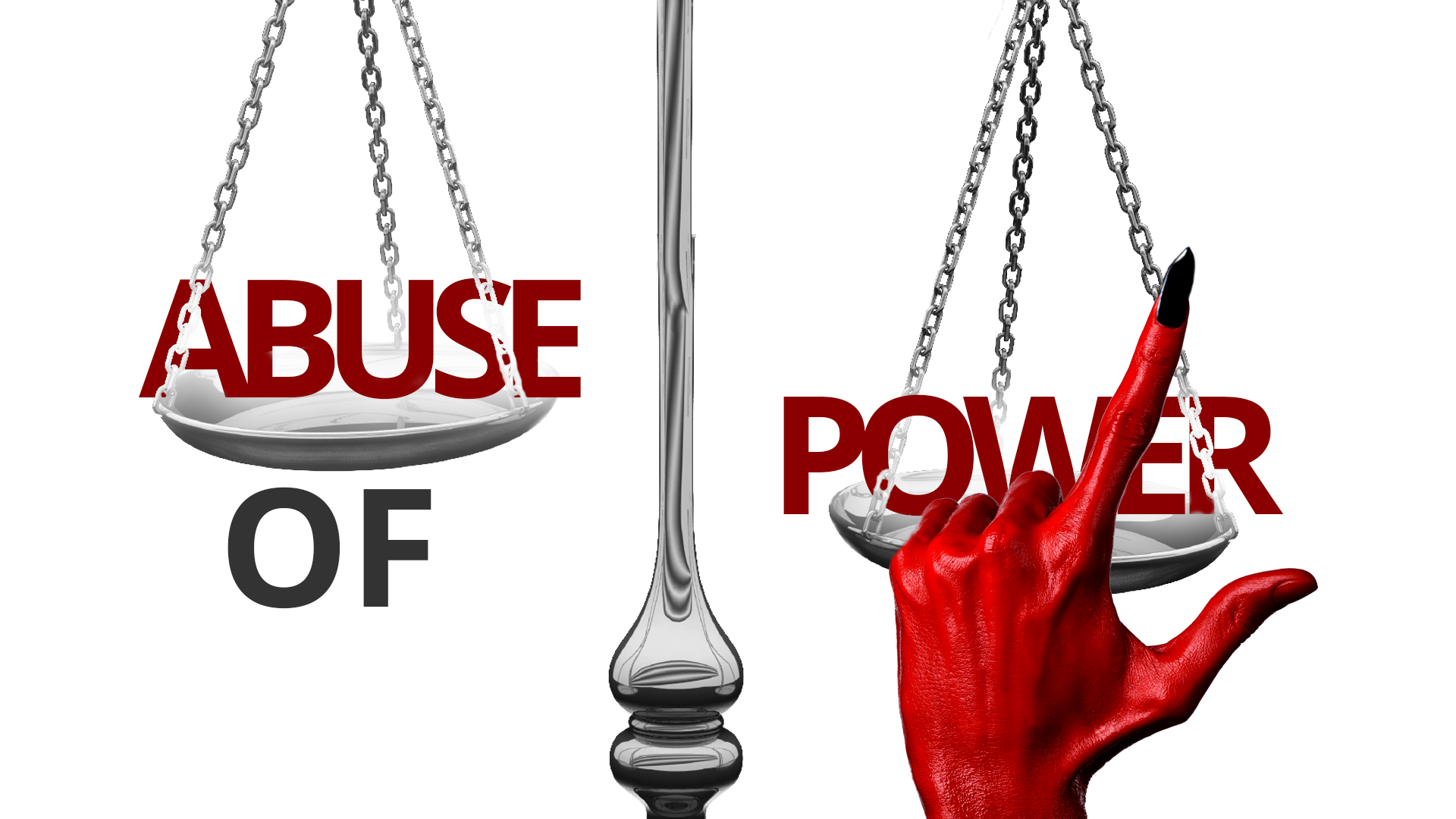 Abuse of Power
And it needs to be called out.