The Elephant in the Room

Under no circumstances ever talk about it.

It's said that, oftentimes, when there is a family member who is a severe alcoholic or someone who is drug addicted or another suffering from strong emotional illness that the whole family life swirls around that issue, and yet quite frequently, it is never addressed head-on. It is the great elephant in the living room. Everyone knows it. No one wants to open the door because a zillion awful things will come out. So, a very awkward balance is struck where the truth is ignored so that all the heavy lifting never has to be done. But the problem is, it is the nature of truth to be known. It cannot be ignored forever. Sooner or later, it comes roaring out of its prison.

As we look around the landscape of Christianity today, especially with all the mouth-frothing over Martin Luther, we see the same scenario — the elephant every one knows but no one wants to acknowledge. The elephant is the identity of Jesus Christ. One religion understands Him as He is in Himself. All the others misunderstand Him, even if they correctly perceive some things of Him.

What Luther's Revolt did was to introduce into Christianity the errant and deadly notion that Christ can be understood from contradictory perspectives. This is not true. It is the lie at the heart of Protestantism which those in this fight understand but few want to address. For example, some Protestants accept that Christ embraces abortion. Other Protestants are revulsed by such an understanding of Christ. Some, in fact many, believe in a Christ who accepts divorce and remarriage even though He explicitly condemned the evil — the same with same-sex marriage, women clergy, necessity of baptism, the nature of the Eucharist, the role of Mary in salvation history, praying to saints, the need for confession, once saved always saved, justification, grace, the existence of Hell — the list never ends.

For every denomination of Protestantism, there is a contradictory and competing understanding of who Jesus Christ is. This cannot be. There cannot be a Christ who accepts that abortion is a good who also accepts it as an evil. Yet, these contradictions are the result of the Protestant heresy plain and simple. Protestantism denies all authority beyond personal interpretation of Scripture. So how could any other result be the case? The illogic of competing Christs is the logical outcome of the Protestant heresy. To expect any other outcome is naive beyond naive. Truth is one, and it cannot be anything else.

We, here at Church Militant are constantly called mean and divisive and uncharitable for pointing directly at the elephant in the room because this elephant has come stampeding into the Catholic Church, and almost no one in the Church wants to address it. It's far easier to slam the message than deal with the Truth behind it. Protestantism is a heresy, and to the extent it has entered the Church and has been accepted on a practical level, it has become a poison. Today, we have Catholics who say they believe in Christ, yet accept, abortion, contraception, divorce and remarriage, same-sex marriage and so forth, and many of these are clerics.

There is only one Christ because He is the Truth. And for many, that is a very uncomfortable proposition because like the door that no family wants to open on the suffering family member who is a drunk or addicted or suffering with emotional problems, they know when that door is opened a zillion things are going to come tumbling out. Many, many people will have to admit they have been wrong for decades, even their whole lives, and they share some blame in the spiritual destruction of many. Very few are prepared to go "there," so they stay where they are which in the end is living a lie.

Martin Luther was a liar whatever his motivations. He was a liar, and he unleashed a devastating lie on the whole Christian world. Now, 500 years later, what are we left with — 40,000 Christs, 40,000 plus one, and that one is the only true one and that one is the Christ of the Catholic Church which He personally established. 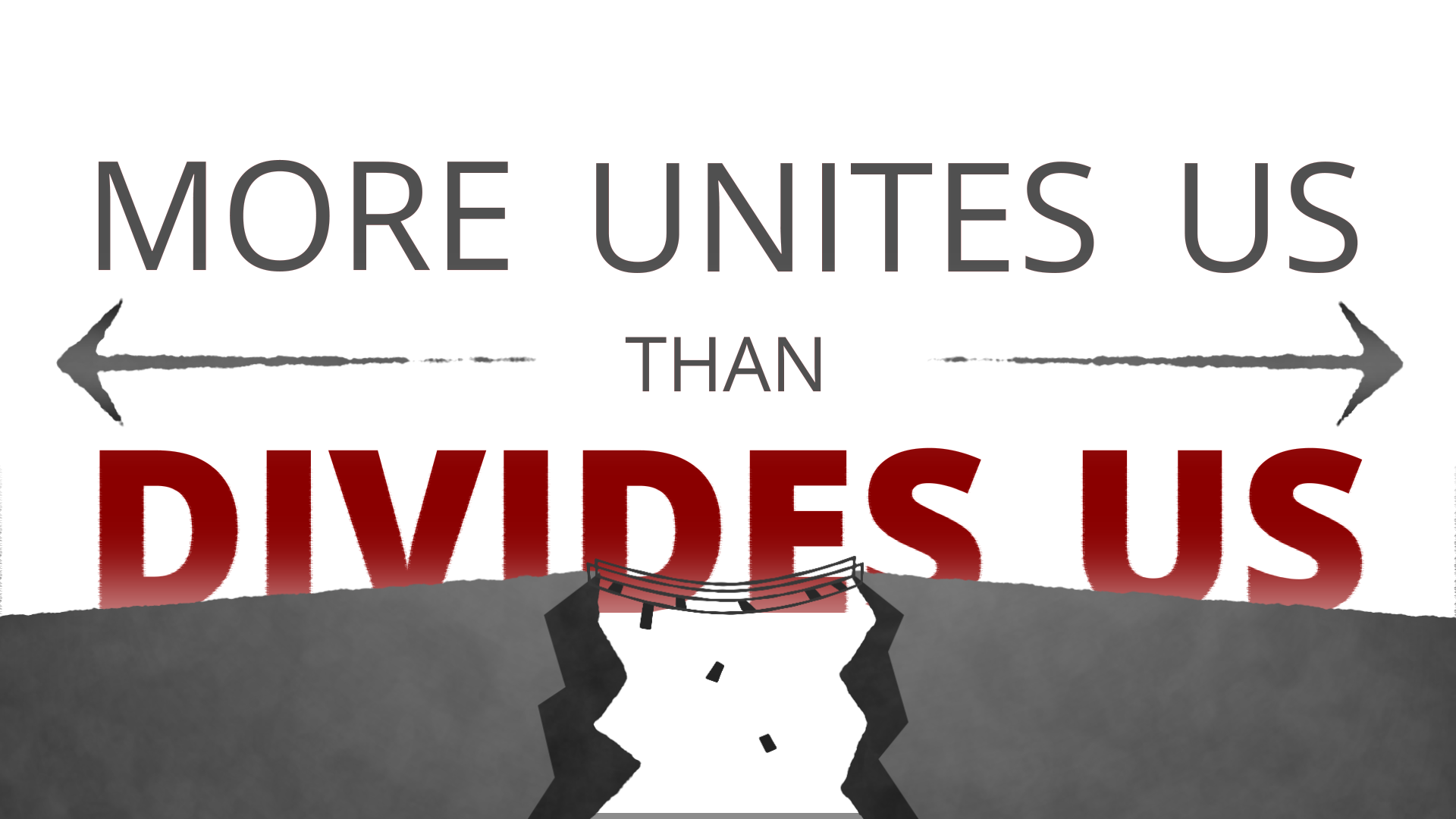 More Unites Us Than Divides Us
You've got to deal in reality.