The Emperor Has No Clothes

For the first time in a hundred years, the U.S. bishops are gathering this summer over the Fourth of July weekend for a spectacle — 2017 Convocation of Catholic Leaders: The Joy of the Gospel in America. They have been talking about and planning this for six years now.

The point is to bring all the bishops together with about 3,500 folks recognized as Catholic "leaders" and have a great, big, huge discussion about how to serve the world by spreading the gospel. It's supposed to be an opportunity for "leaders" to speak their minds and think outside the box and come with ideas and slogans and plans and programs to evangelize the country.

The three bishops who are more or less in charge are New York's Cdl. Timothy Dolan, who has a homosexual cabal in his chancery running the New York archdiocese, protected by former New York bigtime cleric Cdl. Edwin O'Brien; Boston's Cdl. Sean O'Malley, who loves ecumenism and presenting the Faith as just one among many and whose top-ranking chancery officials pull down enormous salaries; and Bp. Richard Malone of Buffalo, who loves the immigration issue and was the auxiliary bishop in Boston under Cdl. Bernard Law back in 2000, helping to cover up and deflect attention away from the homosexual priest sex abuse scandal.

There will be a nauseating stream of speeches, many by bishops, others by the "leaders," about having an "encounter," going to the "peripheries," meeting people "where they are" and so forth.

What there will not be is talk of the actual realities of today's American Church: the need for seminaries to produce well-formed priests who present a masculine air of strength and zeal for souls. Little will be said of the rampant homosexual clergy crisis, the failure to preach on the intrinsic evils of contraception, the need to completely overhaul most chanceries throughout the country and get rid of the liberal barnacles that attached themselves to the institution back in the 1970s.

There will be no discussion of the complete failure to catechize and evangelize Catholics with the authentic faith, as opposed to false ecumenism heaps of rubbish like the Protestant Alpha program or Just Faith.

There will be no discussion because who there would really be prepared and sufficiently formed to talk about it? The need to convert people to the Catholic Faith, to restore reverence for and faith in the Blessed Sacrament, to shoot down all the abuses that occur every Sunday in Masses all over the country?

There will be loads of talk, vomitous loads, about immigration and ecumenism and poverty and human rights and unemployment and social injustice and the need to embrace the LGBT mantra. Every now and then someone will even occasionally throw a bone to the almost 10,000 babies who will be chopped to pieces in their mother's womb and sucked out by a "medical" vacuum cleaner during the three days this convocation plots out how to "Preach the Gospel."

Understand what's going on here, despite the good intentions of many attendees: This is the placing of a plan to cement the social justice garbage hegemony and secure it in place for the foreseeable future. Documents will be produced and final papers published about the need for heading out to the margins and abandoning "structures" that get in the way of "relationship," the need to disrupt anything and everything that violates the false gospel of social justice.

For Cdl. Dolan and Cdl. O'Malley to simply ignore the fact that the Church is in fact not one any longer is beyond pathetic. There is no Catholic identity, certainly not authentic Catholic identity, because for the past 50 years the bishops have torn it apart, some deliberately, others naïvely.

So with the Church sufficiently in ruins, essentially demolished and laid waste, now the ascent of the modernist crowd can be completed. It will all be about social justice and fellowship with the world. The bishops will appear to have the support from "recognized lay leaders" who have all been hand-selected and privately invited from various dioceses; in short, if you are already a member of the "in crowd," then we value what you have to say.

Will any of those lay leaders have the guts to stand up at a microphone at a plenary session and declare that the men who are now being appealed to to solve the crisis are the very ones who have caused the destruction of the Faith in the United States in the first place?  Will there be a John the Baptist among them?

The whole social justice brigade (emphasis on social as in socialist), led by Catholic Relief Services (CRS), which regularly participates in handing out contraception in poor countries, will be center stage. The organization is in fact one of the ones helping to pay for the event, and whoever pays the piper calls the tune.

The Catholic Campaign for Human Development (CCHD), the Democratic Party tool of the bishop's conference since it was started in 1970 by homosexualist Cdl. Joseph Bernardin, who created the deceptive "seamless garment" approach to abortion — his group will be there with bells on.

And of course the mother of all the social justice initiatives at the USCCB, the Department of Justice, Peace and Human Development, which does little else than pay lip service to justice and peace and human development for the pre-born — yep, the whole shooting match. The false ecumenists, the socialists, the poorly catechized, the liturgical abusers, the proponents of the homosexualist movement in the Church — they'll all be there. They will deceive many of the delegates who will be there in all sincerity not realizing the real reason they will be there.

Everyone will get a chance to speak, and no one will be listened to because the outcome is already determined. There will be no talk of a reform of liturgical abuses. There will be no talk of actually preaching the Faith itself to the few Catholics left in the pews. There will be no mention of creating a truly authentic, faithful catechism for religious education to reverse decades of heresy and dissent passed off as catechism. Nothing will be done which will kill the goose which lays the golden egg for the bishops: the immigration dollars that flow into their coffers by the hundreds of millions from the federal government.

It was interesting that in his short talk to the bishops, Cdl. Dolan said it was from the last convocation, called in response to U.S. involvement in the First World War, that the idea of a national conference of Catholic bishops was first seriously considered. Well, we see how well that has played out for the past 50 years.

This is a consolidation of power and influence to set in stone the ideals of the Church of Nice and give them the official stamp of approval — great coalescing at a great convocation. The leadership is stacked. The agenda is stacked. The outcome is stacked. And the delegates will go home, all enthused and jazzed up, thinking the sheer size of what has happened makes it important.

Meanwhile, for every convert that comes into the Church, six Catholics will walk out because the Church of Nice lives in an echo chamber. Catholics by the tens of thousands every Sunday will continue to make sacrilegious Holy Communions, fewer Catholic marriages will occur, more teenagers will abandon the Faith and parishes will keep closing.

And of course, the recessional hymn for the closing Mass would most fittingly be "All Are Welcome." Well, not all — not the ones who would stand up and say the emperor has no clothes. 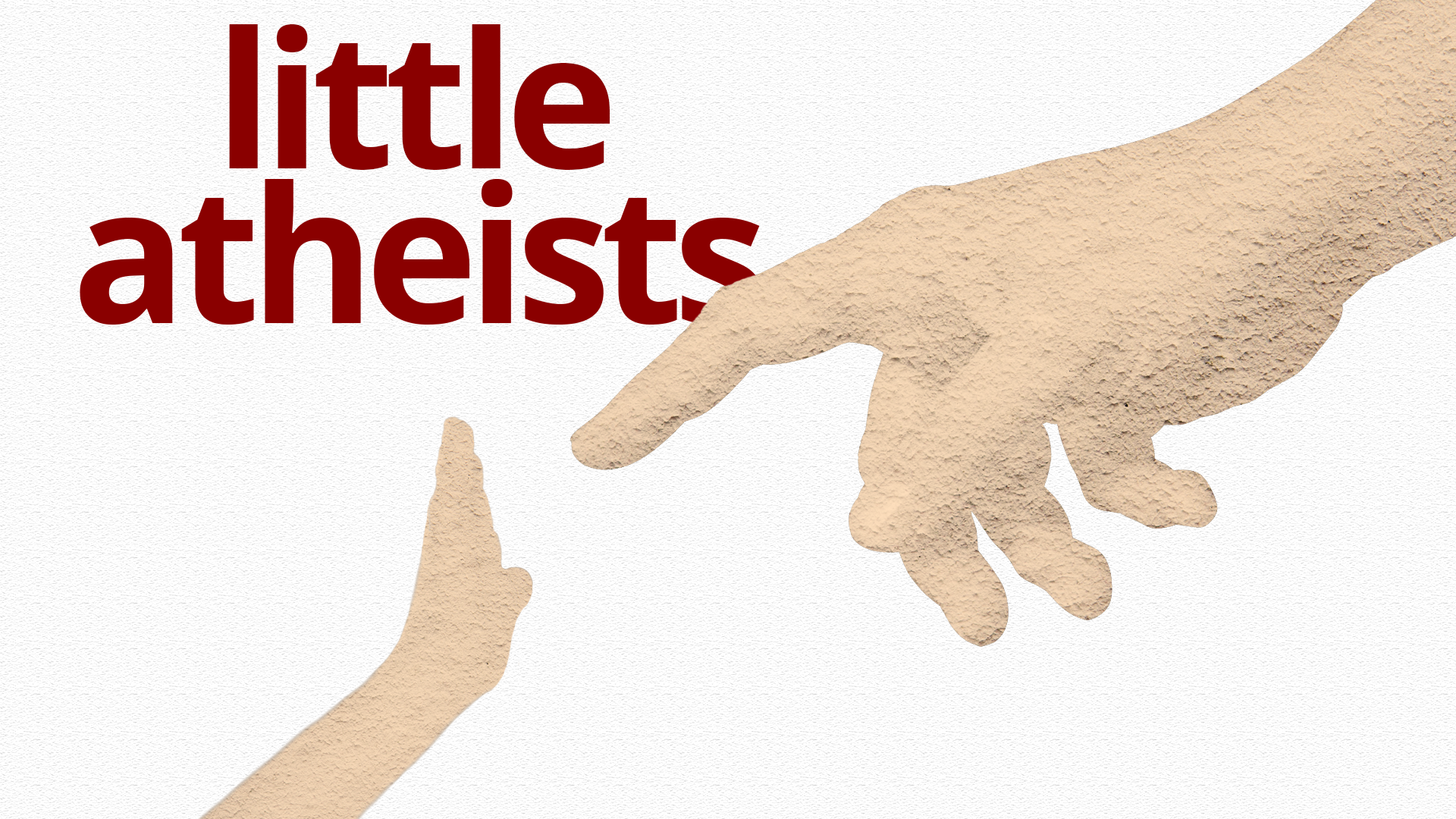 Little Atheists
An up-close encounter with the effect of bad formation.