The days of fake Catholic news are numbered.

I'm Michael Voris, coming to you from Baltimore, where the bishops are gathering this week to accomplish absolutely nothing — nothing except making things appear as though it's just business as usual, which, in some ways, it is, if you consider that the "business" of the bishops over the past decades has been to engage in one immoral, unethical, sinful activity after another. Then, yeah, it is business as usual.

But this year's conference will be a little different because right alongside their useless meetings will be a huge crowd of Catholics tomorrow at the Bishops: Enough Is Enough rally. (Programming note: For those of you unable to attend, but who would like to watch it, Church Militant will be livestreaming coverage on our website starting tomorrow morning at 10:30 a.m. ET, with the rally itself beginning at 11.)

As we take this useless conference apart piece by piece, tomorrow, with a host of very well-informed speakers who know just how deep the corruption runs, one thing stands out to us in the planning stages. And that is the complete lack of interest in the so-called Catholic media in covering this.

We have credential requests from a bevy of secular media outlets — Associated Press, Washington Post, New York Times, local Fox and so forth, but, oddly enough, not one Catholic establishment so-called media outlet (so-called Catholic for that point as well).

As we've been saying for months, and certainly stressing within the past couple of weeks, we anticipate between 1,500 and 2,000 faithful Catholics to be in the arena tomorrow listening to sex abuse victims, canceled clergy, Catholics in good standing suing the bishops for a host of issues and so forth.

Yet, somehow, the bishops' propagandists in the bought-and-paid-for media don't think that's a worthy story. So let's lay this out very clearly for you: The so-called Catholic media are liars. They deceive you — every day — by refusing to tell you the whole truth.

Where are all the Catholic establishment media stories on James Grein?

We've pounded this drum for quite some time, but perhaps no event brings home the stark reality of this truth like this rally. Even before the rally, Church Militant won a massive case in the U.S. 4th Circuit Court of Appeals, which allowed this rally to even happen.

Those headlines exploded across major secular media outlets all over the country — Associated Press, Reuters, Washington Post and so forth. The case was followed with intense interest by major first amendment attorneys all over the country (who were in touch with us). Amicus briefs were filed on our behalf and a resounding free speech victory was won to ensure the rally happened.

Even if the bishops' propagandists don't like Church Militant, that is news, and you can bet your bottom dollar that, had we lost, they would have reported that. But over in the EWTN, Catholic News Agency, National Catholic Register, Catholic News Service, Relevant Radio, Ave Maria Radio, St. Anthony Messenger, Our Sunday Visitor and every single other establishment outfit that has anything to do with the Church, not a peep.

A virtual landmark ruling handed down by a U.S. circuit court of appeals just never happened in their eyes. Funny enough, the only outfit remotely related to the Church that did report on it was the heretical National Catholic Reporter, also known as the "Distorter" for its dissent and heterodoxy.

So why would Catholic establishment media — and that includes the new kids on the block, The Pillar, which is a shadow operation run behind the scenes by Abp. Charles Chaput, who has his own problems when it comes to combating evil in the hierarchy — ignore a major story?

And remember this story has two major parts to it: the lawsuit leading up to the rally and then, of course, the rally itself. There are multiple angles to cover in each part, yet nothing from the lying, deceptive Catholic media. Here's why — because every single one of those corrupt organizations knows which side its bread is buttered on.

For example, the only mention of the rally and lawsuit we saw in the establishment group was a couple of tweets from J.D. Flynn. Flynn is Chaput's puppet — a poor canonist who never excelled in his chosen field who was then plucked out of mediocrity by Chaput (whom he worked for in Denver) and made head of Catholic News Agency after never having had one day of experience in journalism.

That's the perfect type of guy the bishops love to use and promote. Just like when they choose whom to ordain, they look for weaklings with no backbone who will be "company men." J.D., who provided the only comment on the rally and lawsuit among "professional Catholics" (as Pope Benedict called them), fits the bill perfectly.

He accused Church Militant of creating all the drama around the lawsuit as a means to raise money. You'd be hard-pressed to find a more moronic assessment. But, then again, what else can you expect from a supposed journalist with no actual journalism background?

We mention J.D. and his privately supported Pillar because he is the only one who commented on the story, and then, in an idiotic fashion. But J.D. and the Pillar represent everything wrong with Catholic media. They're just the latest ones on the block.

As Abp. Chaput's private-money people fuel The Pillar, a disturbing strategy appears — disclose only what needs to be disclosed so as to protect the crimes and sins of the bishops as a body. That's why J.D. won't answer any questions about where the funding comes from for his site. Because, in fact, it's not his site. J.D. is just a well-paid stooge.

The Pillar is a somewhat useful tool of Chaput and his private-money people, who think revealing some of the truth is a winning strategy to preserve the Church. Think again, archbishop. Even though Chaput is retired, he still knows stuff, and he pumps that information to J.D., who then dutifully reports it how Chaput and his people want it reported.

And how do they want it reported exactly? Well, here's why they begin to dovetail nicely with the rest of the bishop-controlled established media: Whatever gets reported is never reported in context. That is deliberately left out of the reporting.

It's one thing to say such-and-such priest was convicted or caught or exposed. But that is always just the tip of the iceberg, as they say.

All the more meaningful questions are never asked, much less reported. How did he get into seminary? How did he pass through to ordination? How did he rise up the ranks? How did he go undetected for so long? What kind of "formation" did he receive? Who were his associates? Was anything ever reported about him? What did his bishop do in response to the reports?

The reason none of those questions are ever asked, much less put into print, is because they go straight back in a direct line to the complicity of the bishops in all this.

Where are all the Catholic establishment media stories on James Grein, McCarrick's most notable victim, who went public on this stage almost three years ago to this day (and who will be leading off the rally tomorrow)? Where is all the reporting on dozens of pro-sodomy bishops in that meeting and the evil they are inflicting on souls, not to mention bodies?

All the Catholic establishment media — including Relevant Radio, which took money from the Biden campaign to run ads for him until they got busted — will be here, reporting on "the meeting." But the meeting is not the story. Then again, they know that.

But they have to engage in all the drama of the meeting to make it seem like they are actual reporters. If you want a template to understand how they work in this kind of environment, then look no further than CNN's Anderson Cooper holding a "town hall" with Biden — a total setup.

The USCCB has done everything it can over the past dozen years to crush Church Militant.

What the fake–Catholic news outlets will never do is bring up that "third rail" topic of homosexuality within the bishops' group. That would mean total and immediate ostracization by the queens in the conference who run the show.

And, what's more, they know it. Which, of course, is why they never report it; they don't even breathe it. How do these media types go to sleep at night knowing they are part of the entire complicit crowd? In fact, they are the major ones who are complicit, because they are the "gatekeepers" who prevent you from knowing the whole truth.

Some of them, like EWTN, may squawk on about Pope Francis and corruption in Rome: Good for them. But where the rubber hits the road right here in the United States — with gay bishops, gay-friendly bishops, bishops covering up abuse, protecting their clergy who have boyfriends, looking the other way on financial theft, paying enormous sums to attorneys to keep the cover-up rolling along — they are like dead men. Never a breath is on their lips.

There's a reason so many faithful are coming to Baltimore (beyond the rally itself). They come to condemn the complicity of the entire establishment — most especially the corrupt Catholic fake news media, who own this downfall of the Church almost as much as the homosexual-loving bishops themselves.

For any of the few more-ethical individuals within the ranks of the bishops' propaganda machine, a short message to you: If your conscience is troubled at your role in covering up all this victimization, and it should be, please contact us quietly.

We're looking for a few good Catholics — and we know there are only a few to help us report the whole and entire truth, as it should be.

The USCCB has done everything it can over the past dozen years to crush Church Militant because of what we report about it (and the bishops). But funny thing about truth — it's its nature to be known. It always finds a way. The rally the bishops tried to kill in secret (with the city of Baltimore) goes off tomorrow. We took your best shot, you crooked hierarchy.

Now it's time to hear from all the victims of your evil. It's time to hear their voices. Too bad the propagandist fake Catholic media will continue to ignore them. But Church Militant will not. 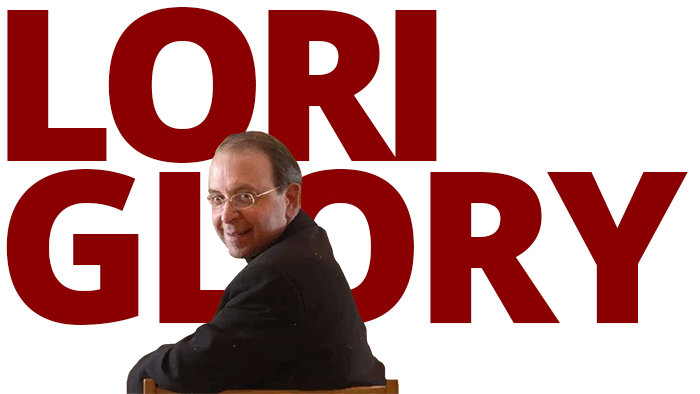