And some are going to hang.

Here's an early Christmas present the USCCB is not going to particularly like. As you may know, given some of the type of work we do here, Church Militant is in frequent back-and-forth communication with law enforcement and investigative agencies across the country. They call us, we call them and so it goes.

While we cannot be specific, for obvious reasons — the main reason being we can't tip off corrupt churchmen about the state of any investigation — what we have been told we can pass onto the faithful is this: The noose is tightening.

Investigators on various levels and wide-ranging government agencies are staggered at what they are finding as they peruse files and notes from private meetings with insiders and whistleblowers from dioceses and archdioceses all over the country.

Without pinpointing any single diocese or archdiocese, we can tell you that in addition to the sexual scandals and corruption, investigators are, unsurprisingly, also coming across ample amounts of embezzlement, insurance fraud and so forth.

This is a little more specificity from earlier in the week when we said law enforcement officials have likened some of the operations of the Church to an international organized crime syndicate. We've been told 2019 will not be a particularly happy new year for various Church officials.

That was said to us in two veins: First, expect more search warrants and chancery raids as the next few months roll along; a

nd second, the goal of the investigations is to bring some members of either the hierarchy or their staffs — or both — to justice for crimes committed — federal and state.

And our sources were exceedingly clear about that. Unlike the Church of Nice theologians who traffic in ambiguity, these officials certainly do not.

They are disgusted with what they are finding and they are working to present airtight cases when indictments get handed down. 2019 may be the signal year when some clerics swap their robes for prison garb.

But here is another revealing piece of information. Our sources within law enforcement and investigatory agencies tell us they have never experienced the degree of arrogance as displayed by churchmen and chanceries all over the country.

Seems they are getting a taste of what faithful Catholics have experienced for decades — just saying. But no faithful Catholic can be surprised by any of this, although it is and will remain disturbing.

Many of these men and their staffs long ago gave up the Faith and, in some cases, even any pretense to transmitting the Faith.

They surrendered the supernatural for the natural, and in so doing, they will soon be reaping what they have sown.

They gave up the divine for the profane, meaning they made a deal with the devil and he's about to demand payment. Their sexual perversions, their glorifying and promoting of it, their financial improprieties from the parish level — in some cases straight up to the chanceries and even government aid money — all of it, every last dime of payment is about to come due.

We can't get too much more specific, but given the number of people who have been inquiring, we and our sources wanted to let you know, as the year wraps up, rest easy. They are on the case, or more specifically, the cases.

It takes a while to sift through the volumes of information, to establish the connections, to build the case and measure which laws were broken and legal cases should be fashioned. And remember, there are still various agencies on multiple levels of government who still haven't engaged in this publicly yet.

They are in quiet planning sessions and exchanging notes with active investigations as they determine the best way to get at the needed information, how to word the search warrants, what to look for, who to investigate, what material or property to seize.

This is a gigantic undertaking when taken as a whole and involves multiple crimes and multiple types of crimes crossing multiple jurisdictions. It is a massive, massive investigation, and all these respective agencies are cooperating and establishing and sorting out workloads and assignments and so forth.

And at the root of all of it, homosexual predation, financial illegalities, some of that in support of the perversion and all of it an abandonment of the Faith.

Stay close to Church Militant on all this. We know a lot more than what we can say, but as we said earlier, we and investigators wanted you to know what can be revealed right now.

Pray for the Church, for Her restoration, that all of this comes out, be concluded justly and, most importantly, that many churchmen repent before it's too late here on Earth and especially the next life. 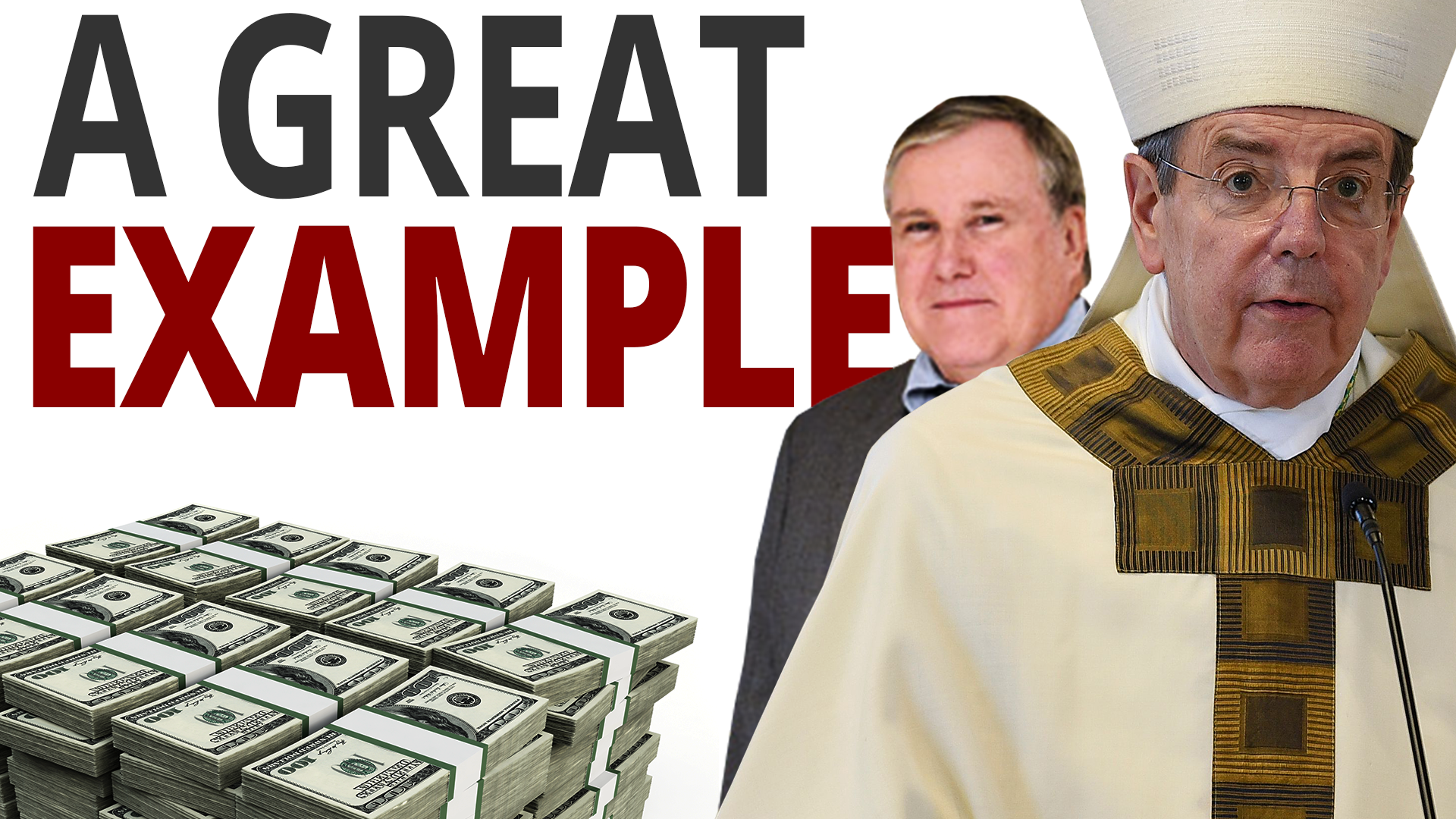 A Great Example
Of business as usual over at the Church of Nice.