It's all about God.

Before we begin, today is the third anniversary of my father's death. Russ Voris was a driving force behind maintaining this apostolate in its early days and years, not to mention, of course, a loving dad who was a beacon of the Faith and mentor to quite a few.

Please offer a prayer for his eternal rest, and thank you in advance.

Speaking of my father, in one way, as much as I sorely miss him, I am glad he is not seeing what's happening to this country. He was an Air Force veteran as well as a patriotic man, and the current state of affairs would be ripping his heart out. As we hear constant jabber about the so-called Great Reset, make no mistake about what's really at play here — what's really going on.

It's a cover for destroying all opposition to the Marxist agenda, pushed by elite globalists, under the guise of unifying humanity as we march forward arm in arm to broad sunlit uplands. That's always the front, but it's never the reality.

America is a divided nation, and, if we are totally honest here, it hasn't been one nation in many years.

America is a divided nation, and, if we are totally honest here, it hasn't been one nation in many years. It's not just political differences; it's far deeper than that. Politics is always downstream from culture. People are elected and laws passed after a majority of a culture has already decided on a certain philosophy.

Even in the event of a stolen election, people were in place to engineer a steal because too many people accepted or were too bored to notice all the other evil they supported. America is not one country. Period. And this constant appeal by Marxists to "the people's will" and "the American people" is a complete charade.

As much as the Marxists have tried to paint this divide, this polarization, as fringe groups or extremists or racists or white supremacists versus "the American People," the reality is this: The great divide that the Great Reset is claiming to address is really a divide over God.

Life is lived where politics and religion collide.

You'll get used to hearing us saying, moving forward, that life is lived where politics and religion collide. As that's true once again, or better said, here is yet another example. It's not about race, income levels, sex, zip code, geography or any other issue. It's about God and whether you live your life with or without Him. That, in sum, is the great divide in America.

And the Marxists can't really come right out and say that — at least not yet, anyway. For the moment, they need to paint true believers (orthodox believers) as, not looney, but haters who seek to divide "America" with their crazy theology. But, of course, this only applies to faithful followers of Christ. It will never be applied to Islam, Judaism, Buddhism, Hinduism or any other religion (or non-religion for that fact).

Any belief is acceptable (just like in the Roman Empire) as long as it admits that the State has final say and is not challenged in its prevailing dogma. The Great Reset is, indeed, a reset — re-setting back to a pagan culture wherein the real God is denied and His true religion outlawed. 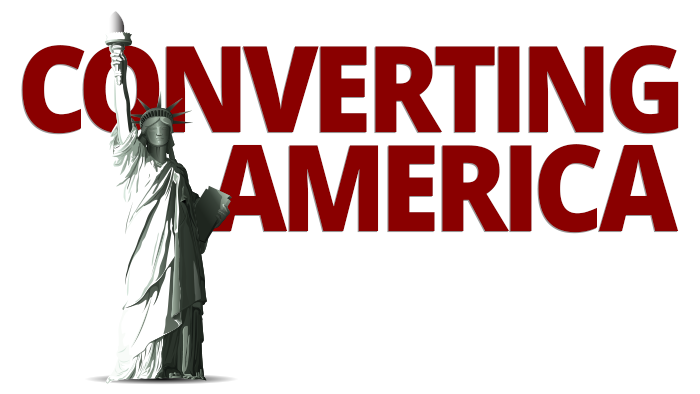 Converting America
Building from the rubble.