The Heart of the Problem

Well, here it is — the 500th anniversary of Martin Luther's actions which set in motion the ripping apart of Christianity. Satan could not have been more pleased and to bring it about at the hands of a priest was icing on the cake for the demon.

When we began this apostolate going on 12 years ago, we had an emphasis on combating Protestantism. Protestantism is a heresy in that, ultimately, it denies the authority of the Church. From that denial, all manner of other evils falls out. But as we matured here in our work over the years, the scales began to fall from our eyes, as we saw that what really needed emphasizing in our work was not Protestantism per se, but the protestantization that had taken place in the Church.

The heresy of Protestantism has come into the Church through a thousand different paths and has taken up such a position of importance that enormous numbers of baptized Catholics are actually little else than warmed over Episcopalians. The dominant attitude of the Protestant heresy — rejection of authority — now reigns supreme in vast swaths of the Church, even among many clergy and members of the hierarchy.

Majorities of Catholics reject the uniqueness and superiority of the Catholic Church, some or most of Her sacraments, Her devotions, Her commands, Her morality, Her teachings, Her Scriptures and Her priesthood. Her devotional life is rejected or ignored by most of Her children — no Rosary, no saints, no private prayers for souls in purgatory. In short, the majority of baptized Catholics have become Protestant. It took Luther's work 500 years to be accomplished, but it is pretty much done. And yes, the Holy Sacrifice has taken on the flavor of a Protestant service in many respects.

Even less sacred aspects of what we might call Church life are also deeply impacted like Her place in a society, Her right to express Her teachings, the degree of seriousness with which Her teachings are taken. There has been a great destruction of virtually everything Catholic for the past 500 years. This has become overwhelmingly evident and simply undeniable. The world is becoming pagan once again, thanks to Protestantism which has no sustainability of its own.

It now falls to the few remaining committed Catholics to be faithful and commit to the idea of turning this whole thing around. None of us alive right now will be witness to a great restoration, just as Luther never was witness to the broad-based destruction he set in motion which we live in today. But this has never been about what we will see while we are on this earth.

It's always been about what Heaven desires. And Catholics, faithful committed Catholics alone, know the answer to that. So, on this 500th anniversary in response to Luther's spiritually suicidal Sola Scriptura, let our response be: Sola Fide Catholica! 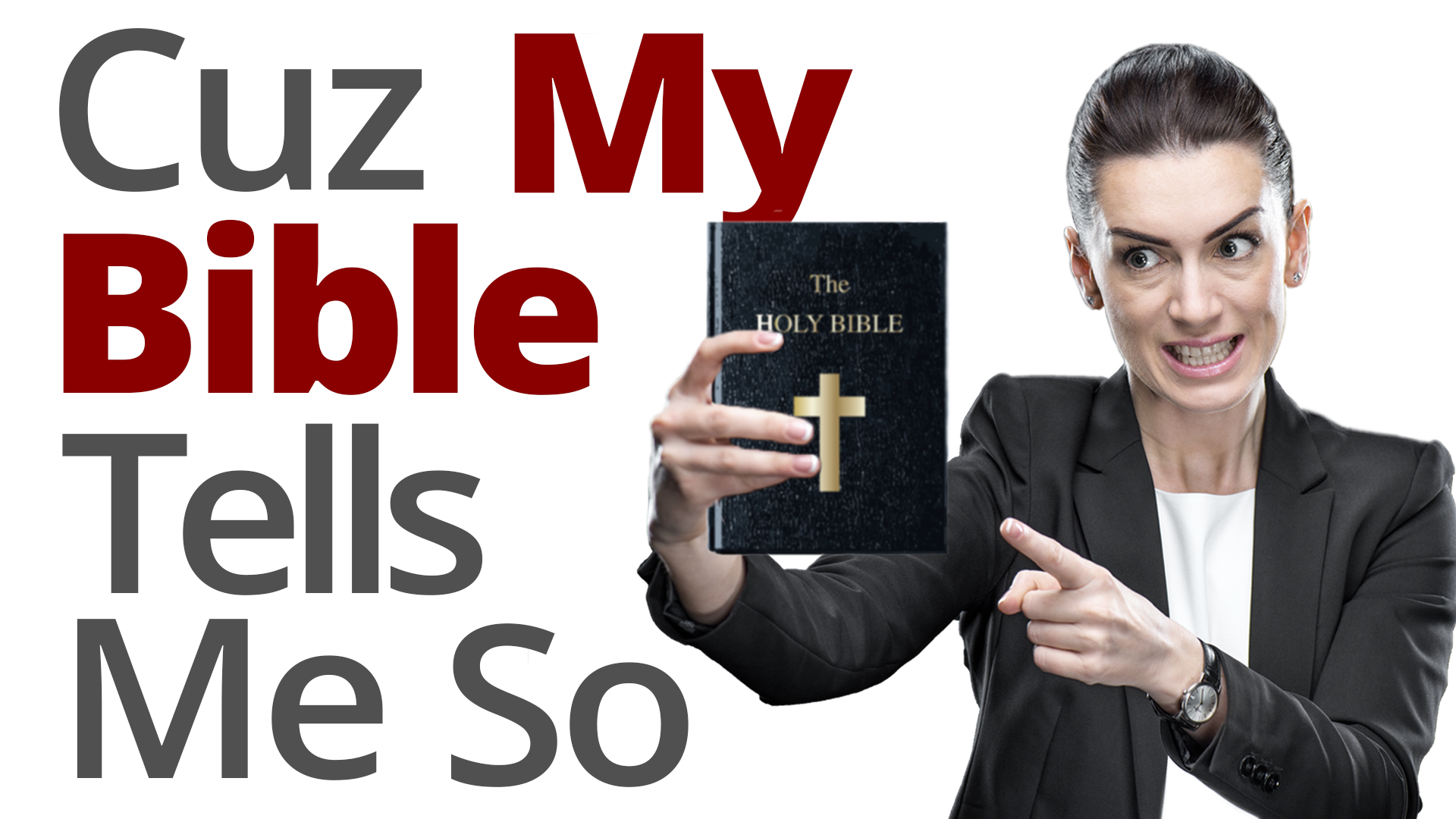 Cuz My Bible Tells Me So
It's not enough to say, "Because the Bible says so."