Until they all stand before God.

May 13, 2019  0
Podcast Available for Premium Subscribers

So all the data is in, the reports all written, the arguments all made and the final document issued and proclaimed. Disgraced Cdl. Donald Wuerl — the lying, cheating former archbishop of Washington, D.C. — has won.

Last summer, as he sat for an interview with the lying, plagiarizing, homosexualist priest Fr. Thomas Rosica at the Knights of Columbus annual soiree/gala, he first downplayed the bombshell news of Theodore McCarrick's evil.

Then, in full lack of shamefacedness, he had the gall to propose that the solution to the evil that was becoming public lies with the bishops.

It was clear from that statement and interview that the old guard of homosexual men and their lies who seized control of the Church back in the 1970s would win the day.

Last Thursday, Pope Francis handed them the laurel wreath of victory and published a document that indeed says the bishops will investigate themselves. You can just hear the champagne corks popping in bishops' residences all over the country right now.

Rock on, back to normal — hey Bob, get back on Grindr and let the boys know party at the mansion tonight. But this cannot be too much of a surprise. The Pope had already indicated in the run-up to the dog and pony show sex summit in February that the laity would be kept far away from this crisis.

Nope, the bishops will fix everything, he said, seemingly forgetting — or ignoring — that it was the bishops who created the crisis — and more than one crisis at that.

By way of quick review, when the McCarrick news broke last June, the narrative and the practice of homosexuality and abuse cover-up by the bishops began to break down somewhat.

Then in August, Abp. Viganò released the first of a series of nuclear bombs, confirming what many, many already knew, that the highest reaches of the hierarchy were dominated by active homosexual men — and he named names.

These men, he charged, had created, and in some cases contributed to, the environment by which a man like McCarrick could advance. And he accused Pope Francis directly of being part of the problem, a problem he termed as a "homosexual current" in the Church.

A current that has allowed the establishment of homosexuality among the clergy as the norm is no longer a subculture, but actually the dominant culture.

And this was true at every level of the Church — seminaries, chanceries, everywhere. Faced with the one-two punch of McCarrick then Viganò, the U.S. bishops began fumbling about trying to come up with a response.

The suggestions were all over the map as no real consensus emerged. In the meantime, men like Wuerl were denying it was any kind of crisis.

Likewise, Chicago's Cdl. Cupich was trying to force the media's attention away from the story by giving on-camera interviews saying one assinine thing after another — notably, that we were not going to go down this "rabbit hole" because we had to talk about the environment instead, and of course, labeling concerned Catholics enemies of the Pope because they hated "Latinos," which of course, Francis is not. He's three-quarters Italian.

But after his initial stumbles coming out of the gate, Cupich and Wuerl took full control and brought their brother bishops to heel.

In the fall, Cdl. Daniel DiNardo, president of the U.S. bishops, went to Rome and met with the Pope with a few ideas to address the situation, namely that the laity play a pivotal role in investigations.

Francis politely told DiNardo and his small entourage to drop dead and showed them the door — no laity involvement, period.

Then in November, at the bishop's annual meeting, about 15 seconds into the proceedings, as the bishops had nestled into to discuss possible solutions, a letter came from the Pope saying, "Forget everything you are talking about. Stop. Shut up. I'll decide how to handle all this at a sex summit I'm calling for February."

You could hear the shock in the silence in the room. First, DiNardo, their president, was shot down. And now the entire body had been told to drop it.

So much for synods and "decentralization" of the Church, huh?

As an aside, the Feds need to pay attention to this little fact, this is an organized, centralized syndicate that takes its orders from a central command.

At that November bishops' meeting in Baltimore, as the gasps subsided, none other than Pope Francis waterboy Blase Cupich jumped up and seized the microphone.

Completely usurping parliamentary rules, and not to mention the authority of Cdl. DiNardo, he ordered — not too strong a word — he ordered the bishops that all this discussion was over and Rome would settle it.

He followed his orders from the homohive in the Vatican and got the can kicked down the road to the dog and pony show of last February, which resulted in this document we now have.

So what's the upshot of the document? Simple, nothing of substance has changed. When bishops are abusing their authority, covering up sexual assaults of seminarians, for example, that matter will be investigated by the metropolitan bishop of the cover-up bishop.

How would this have played out in the past?

Well, McCarrick was the metropolitan in his area. Heck, if some sexually abusive or cover-up bishop has been reported to him, he wouldn't have investigated him. He would have hopped in bed with him and then promoted him.

Joseph Bernardin was the metropolitan of Chicago. Anyone think that kingpin of the homosexual hive would have done anything about an accused bishop, besides set up a date with him?

This is disgusting, a complete betrayal of the faithful. This motu proprio isn't worth the paper it's printed on.

All over the Church, the gay bishops and their boyfriends, the homoclerics, the pastors with their live-in boyfriends in the rectories, the religious houses swarming with homosexual men, everywhere, they are partying it up tonight.

So a few thoughts have come up over the nearly past year since all of this became public.

Given how its all played out, anyone want to disagree with any of these statements? 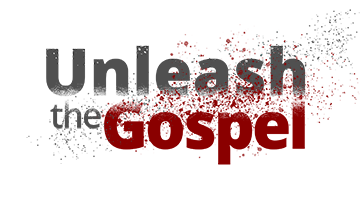 Unleash the Gospel
Who leashed it up to begin with?