There is no authentic love for you, not one shred.

Reports swirled around the internet earlier yesterday that the Pontifical Biblical Commission had given its approval to a reading of Sacred Scripture that approves of homosexual unions. The reports were based on a new 300-page book entitled What Is Man?

Some media outlets reported the book said the following things about homosexuality: "a legitimate and dignified expression of the human being." The media reports went on to claim that the book said, "A new and more adequate understanding of the human person imposes a radical reservation on the exclusive valuation of the heterosexual union in favor of an analogous reception of homosexuality and homosexual unions."

Again, media reports continued that, after much word-smithing and twisted interpretation by pro-gay scholars, the Old and New Testament condemnations were little else than "cultural features of that time."

While there is still some disagreement about what the report actually says, or more importantly, why some of those references are in the report at all, one thing is certain: Because of the current pro-gay climate that has been created in the Church, Catholics on both sides jumped on the media reports and treated them as accurate.

Orthodox Catholics went ballistic over the possibility that the Vatican and Francis papacy had finally come totally out of the closet and the homosexual camp in the Church was gaga over the report, as seen here in a tweet from Brokeback Martin, celebrating what he thought was an accurate report.

Men like Fr. James Martin is little else than the latest in a long line of homosexualists in the clergy, whose entire reason for entering the clergy was to get the Church to bless their filth.

It all started with a communist agent invasion beginning almost a century ago, and now a century later, the Church is coming apart at the seams.

And hundreds of millions of wimpy head-in-the-sand Catholics, who have zero understanding of the idea that the Faith must be fought for in every generation, simply whistle past the graveyard because they are too terrified to get into the fight.

The pro-homosexual clerics are bastard sons of the Church. They must be called out and challenged at every turn. They have no love for Christ, His Church or the souls of those they corrupt on the march to perverting the teachings.

Sodomy is not a gift. It is an evil that if, participated in and unrepented of, leads a soul to Hell forever, like many other mortal sins. But too many of these scholars and clergy are homosexuals themselves or completely embracing of it so they may gain Church support for their personally immoral lives.

All of this was painfully evident when the homosexual clergy child sex abuse scandal burst upon the Church in 2002. That was brought into the Church by homosexual priests and bishops — and there was loads more homosexual activity within the clergy and hierarchy than just child abuse. It's just that a portion of these sick men also attacked children, and that is what brought the truth into the open.

Yet even still today, homosexual cardinals and their allies continue to deny the plain truth. Men like Blase Cupich and Joseph Tobin continue to spew out that homosexuality has nothing to do with homosexual abuse.

Yet in nearly every single example of scandal still being vomited into the world from the Church, homosexuality is front and center.

The list of homosexual crimes committed against the Faith by prelates and priests goes on and on and on.

As we said, it goes on and on. Homosexuality, as a gift in itself, is now ensconced in the Vatican as perfectly normal.

What Catholics need to understand is really pretty simple once you get your head wrapped around it. Nearly every current bishop in the West has been part of the homosexualization of the Church. At the very least, they have sat by and said nothing.

But for the majority, the seminaries were hotbeds of homosexuality. They were engineered starting in the 1960s to recruit, form and ordain gay men and weed out heterosexual men. Once ordained, they patiently worked their way up the career ladder, promoted by other gay men, all with the single intent of corrupting the Church into teaching that their filth is moral and acceptable.

And now they have reached a point where they feel free enough to say Scripture has it wrong. Brokeback Martin tweeted that very thing himself weeks ago, saying he doesnt deny Scripture condemns homosexuality, but adding the rhetorical question: "The issue is precisely whether the biblical judgment is correct."

The biblical judgment is correct, Martin. It is you and your fellow homosexual travelers who are wrong. You are a filthy, condemnable lot who pervert teaching to feel good about yourselves and rationalize your evil. You can meet with the pope all you want and tweet about it all you want.

This is a homosexual papacy, so anything Francis says which contradicts Divine Law can be completely dismissed. He is wrong, flat-out wrong — underscored by when he told a gay man that "God made you that way."

The civil war the Church is now engaged in has been brought to you first by communism, and then accelerated by perverted homosexual men in the clergy. Period.

Ten years ago, Church Militant started telling you about all this. We were mocked continually. We weren't wrong then, and we aren't wrong now.

Understand: Your souls and the souls of your loved ones are being offered up by twisted men to support their own psychological illnesses. From decades of highly effeminate men in the pulpits to clergy in Rome, there is no authentic love for you, not one shred. 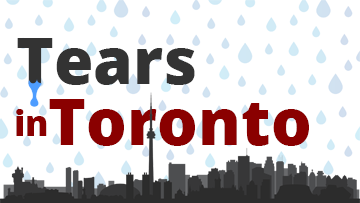 Tears in Toronto
Tears for a traitor.