The one single issue around which all politics and everything associated with politics revolves is abortion — hands down, no discussion. The rupture in nature, the nation, life and truth brought about by the diabolical 1973 U.S. Supreme Court's Roe v. Wade ruling has reached into every aspect of American life.

Nothing happens in Washington, D.C., nothing happens in the media, which is not controlled by that issue. It dominates every aspect of life — which it should, since it is life itself we are dealing with. All of the vitriol, for example, spewed against America first patriots, at the root of it all is abortion.

Marjorie Taylor Greene, one of the few shining lights on Capitol Hill, was blasted by the Democrats and their media allies for coming to the defense of innocent children during a shouting match on the steps of the U.S. Capitol with members of the Squad.

In a clarion call to the mindset of U.S, bishops (who are always prattling on about unity and not causing division), MTG just let loose against calls for fake unity in politics. One of the storms MTG has had to endure is the attacks of the social media giants. But with Musk now having bought Twitter (and caused weeping and lamentations in the streets of Marxville) MTG has some plans of her own.

We'll talk about the cancel culture and MTG's plans to combat it in tomorrow's Vortex — and what truth means in this era of so many lies. If you want to watch our Church Militant interview with MTG in its entirety, please click on the provided link. 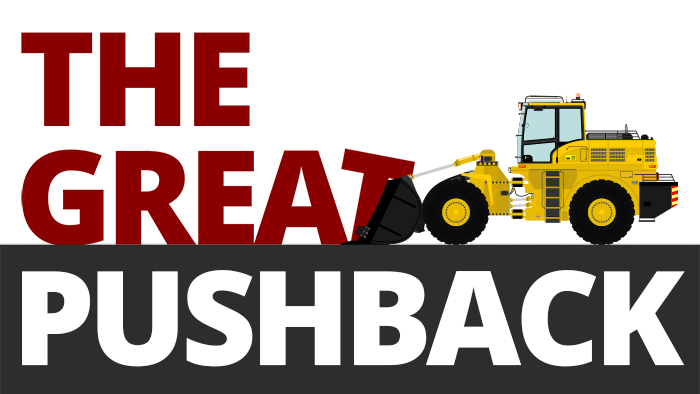 The Great Pushback
And not a moment too soon.