And gets it back as good as it gives.

The hypocrisy of the Left, both the political Left and the theologically heretical, dissident Left, is Luciferian in its scope, which stands to reason since the globalist, anti-Catholic forces are controlled by him. You may have heard that a close personal advisor of Pope Francis last week savaged us, Church Militant, in a hateful article, denouncing faithful Catholics generally and us specifically.

The man is Jesuit priest Fr. Antonio Spadaro, who has publicly voiced his support for the ordination of women as Catholic priests. That the unchanging dogmatic position of the Church has always been that the Church has no authority to ordain women as priests, recently reaffirmed by not only Pope St. John Paul but also by Spadaro's boss, Pope Francis, all of which makes Spadaro in direct conflict with Church teaching. That is not a good place to be for a priest in the Vatican. But trying to overthrow 2,000 years of divinely revealed truths makes no difference to the socialist-globalist, anti-Church crowd, even the anti-Church crowd in the Church.

See, for whatever reason, Church Militant keeps popping up on the radar of the Left. First, it was the assault at the beginning of the year from the secular media led by a hit piece in The New York Times and followed by all the usual suspects — USA Today, Huffington Post and so forth. Then The Atlantic came to our studios and did a relatively fair piece on us but consider — The Atlantic! — not exactly a politically conservative outlet. We showed up on their radar as well. And now an attack from lefties in the Vatican —heretical lefties who support gay everything, climate change for everyone, income redistribution, no walls or borders, open immigration, all their topics not ours. And think about that list.

First, it's becoming rather obvious why there is a growing chorus for everything gay coming from inside the Vatican because practically everybody in the Vatican appears to be gay. When it comes to the issue of nations, redistributing their wealth to the poor, well, why don't we start with the Vatican bank getting its own books in order and "redistributing" some of its vast holdings? Oh, wait, the priest who runs it, Msgr. Battista Ricca is gay. Sorry, I forgot. And about getting rid of a nation's walls because walls are unchristian, isn't the Vatican surrounded by a 500-year-old wall of its own? Father Spadaro, "Tear down this wall!"

Regarding open immigration for refugees fleeing persecution, well, how about letting some orthodox heterosexual clergy inside the Vatican for a change. Reports indicate they come under heavy persecution. And on the particular issue of global warming, it doesn't seem too far a stretch that many of these men, if they don't repent before they die, are going to experience their own particular global warming when they die. For the past five decades, they have slowly converted the institutions of the Church into instruments to push their evil, heretical, Marxist, liberation theology poison around the world.

It's almost hysterical that Spadaro accuses Church Militant of tying itself to a political agenda that demonizes its enemies. Yo,' Father, have you seen a mirror lately? Talk about a blind spot. But this is what you get from the Left — a bastion of malcontents who want to see men enslaved to their passions so they can be more easily controlled by a globalist agenda. How do any of these theologically perverse men think they can escape damnation? But then again, they don't really believe in Hell or think the only people who go there are people they label as mean — people who just happen to be sounding the sirens about them.

Make no mistake what's going on here in the big grand scheme of things. All the Marxist, Socialist forces have been combining in the areas of politics, theology, commerce, media and so forth and carrying out their plans for world domination. And of course, they are. They have a certain view of the world that excludes the authentic Catholic faith. (I know it's hard to believe that the crowd always preaching about inclusion actually doesn't really believe it, but sip some tea, you'll be okay.)

The perception that Trump is for God in some manner or shape or form, correct or not, drives the Left completely crazy. They wanted abortion-Hillary so bad, they can't stand it. So, backed by billionaires and all the power they have at their disposal, they have started the Russia-Russia-Russia chant and not stopped. Trump must go. Church Militant must go. Anyone who even gives the appearance of even believing in God must go. Diversity, Satan monuments, gay rights, inclusion, co-exist, multiculturalism and Planned Parenthood funding everywhere for everyone!

As many you know, last week our homepage got hacked, which shut us down for most of Tuesday. We aren't going to give details about that, but we are going to say that we are taking necessary steps to secure our internet borders as much as we can and we need your help to do it. By total coincidence or Providence, we were just putting the last pieces in place for our Preserving Catholics campaign when we got attacked. Then we get this broadside from a very influential leftist Vatican priest, excoriating us for mixing religion and politics and calling out evil for what it is. Hmmm … There is no way these attacks from the Left are going to end.

We have switched our frame of mind here to understand that as long as we keep telling it like it is, exposing the gay stuff, the evil of Socialism and its devastating effects, the cultural imperialism that the Left wishes to impose on the world with the help of so many twisted priests and bishops, there's going to be no end to their attacks.

That's why we are asking for your help in assisting us in the ongoing battle against these forces by donating to our Preserving Catholics Campaign. While their political machinations were temporarily thwarted in the last election, they do have more than one weapon in their arsenal, and we need to be prepared to handle whatever comes our way that we can handle. No system is bulletproof. Every website and organization have weaknesses. It's just the reality of the modern world, but that doesn't mean you stand around and do nothing.

For 12 years this apostolate has preached Catholic truth to tens of millions of viewers and supporters, and given the current climate and political, cultural realities, we have drawn the Eye of Sauron, and that's what happens when you preach the Truth. So please help us preserve the Catholic faith on the internet — unvarnished, straight-talking, in all its terrible glory and truth, fighting the good fight like the Church Militant exists for.

It's a hell of a war to fight against the diabolical and that is who we are fighting here. St. Paul called it all the way back then, "For we are not contending against flesh and blood, but against the principalities, against the powers, against the world rulers of this present darkness, against the spiritual hosts of wickedness in the heavenly places."

Yes, it is, and this present darkness can only be defeated with the light of truth. So, please help us today by making a donation so we can keep preserving Catholics. 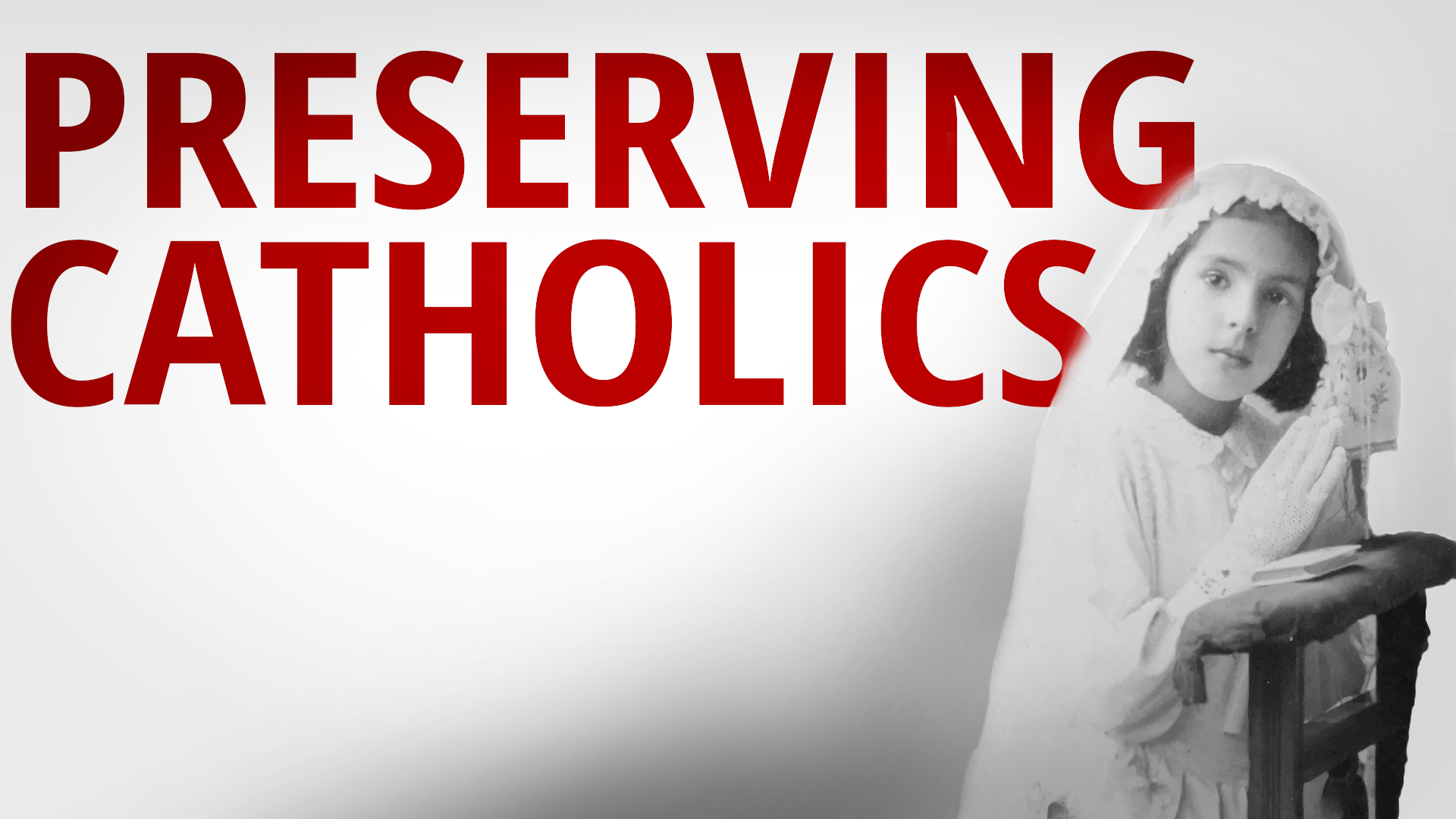