No matter what, don't be on this train.

It's a helpful analogy when trying to understand the process by which the world is going to Hell to think of a railroad track. Two major beams parallel to each other with lots of cross connectors or ties, just like railroad tracks. In our analogy, the two major tracks are the political or cultural left and the theological left. They each are heading in the same direction, along parallel tracks, each sharing much in common with regard to their shared view of humanity and how that view should be brought about.

Like railroad ties, which link the two tracks, there are many individual issues linking or tying both the cultural and theological left together, for example, illegal immigration, so-called gay rights, phony man-made climate change claims, dealing with poverty in the Third World through contraception, income redistribution, dependency on big government money and so forth.

If a theological or cultural conservative fails to understand these connections between the theological and cultural Left, then he will also fail to see that the cooperation between the two is leading straight to Hell. It is, after all, the father of lies himself, who has created these two seemingly disconnected tracks and joined them together. His goal is the destruction of man, and he is pretty proficient about getting man to do his handiwork for him.

This is why we, here at Church Militant, pay close attention to the happenings in the culture and on the political scene because they are quite frequently connected at the hip with their buddies in the camp of the theological Left. A good example we've mentioned before in The Vortex is Bp. Robert McElroy of San Diego, who is a big proponent of homosexuality — one of the connector issues, or ties, as well as illegal immigration, another one of the Leftist railroad ties.

At the U.S. Regional World Meeting of Popular Movements back in February, McElroy brought down the house with his calls for political action to advance the aims of the cultural Left. But men like McElroy are at least well known because they are open about their worldview. Others are considerably more discreet and sneaky, preferring to come out into the open only every now and then and lend a supporting hand to the effort to keep the Left's agenda on track.

What many Catholics just haven't kept up to date on is that these two tracks or camps have made common cause with each other for decades. It's just been very much out of sight except for the most trained eyes. That's what Obama going to Notre Dame was all about in 2009 where he praised former Chicago Cdl. Joseph Bernardin for getting him his start in community organizing. Ted Kennedy was another prime example. He and some of the family and other political allies hunkered down with a group of priests and one bishop in the family compound in Hyannisport back in 1964 to scheme a way they could keep the cloak of Catholicism while supporting child murder.

The theological Left has no love for the pro-life cause, which explains why to this day the U.S. Conference of Catholic Bishops, controlled by the theological Left, still has no national collection for the pro-life cause. They have a total of 11 national collections they take up at various times throughout the year as a second collection, but they have not once taken up a collection for the defense of the pre-born. They do, however, take up at least one collection each year for Leftist social justice causes — the Catholic Campaign for Human Development.

Many Catholics are waking up to this cooperation between the two Leftists movements, the cultural and theological, that are joined together in common cause against the Church. And be absolutely certain, since their goal is the eradication of all that is authentically Catholic, especially the area of sexual morality, it is Satan who is their leader.

The Left took a bit of a beating on election night back in November, but that is now ancient history. They have gotten up off the mat and are on the offensive — not really a shock there. As events unfold, especially in the area of political battles, expect to see even more cooperation, more common cause efforts between the two tracks.

They are laying down their railroad tracks, and the engineer behind it all is perfectly happy, ecstatic in fact, to watch them proceed because the end of the line for this train is damnation for all those who do not oppose it. 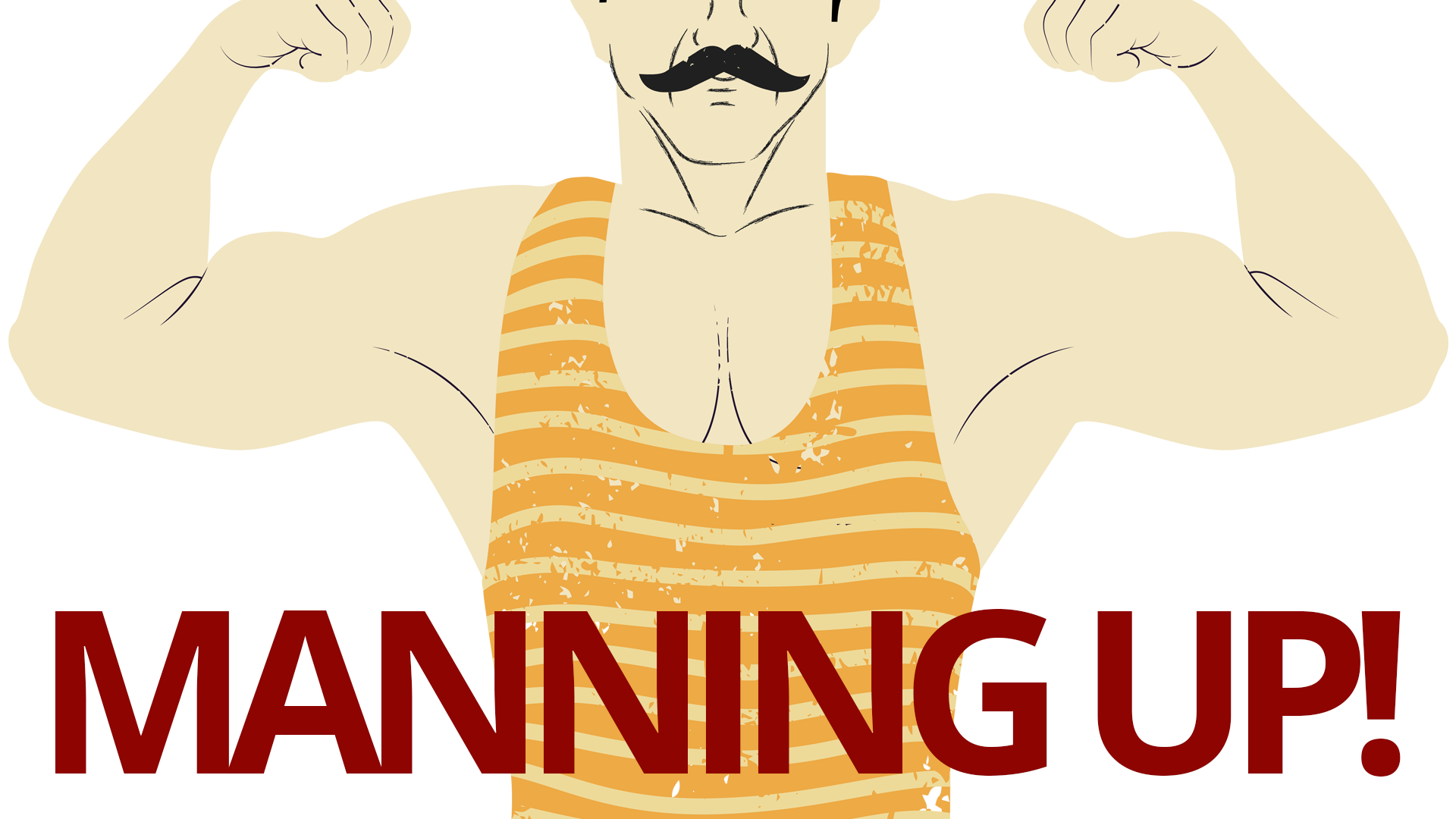 Manning Up!
A phrase feminists hate!