The whole pack of them are working for Hell.

The Left, all of it — entertainment media, politicians, Hollywood studio liberals, screenwriters, actors, college professors and administrators, NGO's, social justice warriors, liberal philanthropists, nutty philosophers, news media, warped sociologists, man-caused climate change cheerleaders, music industry executives, mind-rot authors, atheist scientists, you name it — the whole lot of them and anyone else who would fit under the anti-God umbrella, they collectively comprise the Luciferian Left. And that is to say the ruling elites of the culture who reject God and morality and seek to destroy any vestige of decency left in society.

It has taken them a couple generations, but they have managed to accomplish just about everything on their bucket list you could imagine. In just the space of my lifetime, we have accepted no-fault divorce, contraception, abortion, shattered families, single parenthood, test tube babies, designer babies, surrogate motherhood, open homosexuality, instant-access pornography, the corruption of higher "education," same-sex marriage, a giant welfare state, the destruction of the middle class, crippling debt, a "no one is accountable" approach, yet everyone goes to Heaven, there is no Hell — most people respond they are basically good people.

All this reminds you of post-war Nazi Germany where U.S. soldiers entered town after town and every German said they were not Nazis and knew nothing of the death camps. Yet in her groundbreaking, decade-long research compiled into the in-depth work Hitler's Death Camps, Prof. Konnilyn Feig asserts:

Fast forward to the modern evil of the abortion industry and its nonchalant acceptance by the vast majority of Americans. This would not be possible without the best efforts of millions, no, actually tens of millions of Americans, if not hundreds of millions over the more than 40 years of killing.

When we look closely, for example, at a microcosm of the evil that is routine and ignored, played out daily on the Left, we can examine for example the Harvey Weinstein case with its ever-widening net threatening to ensnare some of the biggest names of the Left and cultural magnates who lied, covered up and conspired to protect their collective evil. This man cavorted with all the power brokers of the Luciferian Left — the Clintons, the Obamas, Hollywood, business, you name it, he was there, shaking hands, doling out money to push the cause of the Left, peddling influence any chance he got — all while sexually abusing women and laughing about it with his buddies. And this is the same crowd that held onto the Access Hollywood tape of candidate Trump and expressed moral outrage when it's perfectly timed release happened.

Hillary said in her tanking book that she was creeped out by Trump at the debates, but she hugged and took money and advanced her career from a serial abuser — and we mean Weinstein not Bill. On the face of it, the cause of the Left is a better world. They never shut up about justice, no poverty, a clean environment, equal rights for all, equal pay for women, war on "the rich" (conveniently leaving out that for the most part, they are "the rich") and, of course, freedom for women from sexual harassment.

And yet, on every single one of these causes, they are liars and hypocrites and do the evil they actually accuse others of doing. Leonardo DiCaprio spent tens of thousands, flying in a makeup artist from Australia to work on his eyebrows for the Oscars. Could that money be given to the poor, Leo? Al Gore and his crowd fly around on private jets, promoting reducing carbon emissions. Hillary Clinton, married to perhaps the most egregious serial abuser of women in U.S. history paid the women on her staff less than men for the same work and bullied the female victims of Bill and called them names. Quite the role model for women of all ages, as she is touted by her equally deranged feminist crowd. And of course, Obama, claiming to unite the races with his "hope and change" propaganda, worked tirelessly to stoke the fires of racism.

All of these people, to the very last, applaud, support and advance child murder, exploitation of women, sodomy as a form of marriage and lie through their teeth. Like all evil, it never stays under wraps. Like Hades was there not talk all over Hollywood about Harvey Weinstein. Not possible.

His company even had a clause in his contract that if women brought sex abuse suits against him, the company would pay, and Weinstein would reimburse the company. Who has that built into the contract — Weinstein's company. They had a gradient structure. For the first charge, he would have to reimburse them $250,000, for the second $500,000, for the third $750,000 and then every case after that $1,000,000. I know — unbelievable.

NBC and Comcast senior leadership worked diligently to cover it all up by stepping outside every single standard news practice. Yet this is how evil operates. It commits heinous acts, it hypocritically goes after others doing the same things and takes the moral high ground, all the while it lies, it deceives, it covers up, it bullies, it threatens, it extorts, it kills, then it denies, looks the other way, feigns ignorance and when it can no longer deny, it feigns shock, disbelief, it is appalled.

This whole Luciferian leftist mentality has more than crept into the Church. Think about the gay priest sex abuse cases where psychologically disturbed men were accepted into the seminary and then proceeded to rape teenage boys by the thousands. What did leaders do — promoted them, protected them, lied about them, covered for them, looked the other way, pleaded ignorance, then when finally caught and trapped, pretended they were ignorant, not vigilant enough.

And now, these same men are sitting atop the largest meltdown of the Church in world history, liquidating the patrimony of millions of immigrants, allowing liars in collars and miters to pervert the Faith, corrupt young minds, destroy the liturgy, keep silent on the greatest holocaust in the history of humanity, advance sodomy as a gift from God, convert the Church into a giant social justice agency and so on. They promote much of the same anti-God agenda as does the Luciferian Left — man-centered, climate change, world peace, destabilization of countries in the name of fighting poverty, backing the distribution of population control programs with government funds.

Where exactly is the line between these two worlds? Evil is evil whether it wears a swastika or a hammer and sickle or hides behind a hypocritical, do-good cultural agenda or dresses up in Church robes to destroy that same Church from within by teaming up with evil agents in the name of good.

Can you imagine, for just a moment, what the Last Day is going to look like? Dear God! All the sins and crimes against God and Man all seen together at the same time and same place for the entire human race and then the Final Judgment — all this evil, intended evil, the plotted overthrow of good, the perversion of truth, the trillions of trillions upon trillions of mortal sins committed by tens of billions of humans, many of whom worked tirelessly to normalize and establish these evils as actual goods.

Thank God we have a reasonable hope that all men are saved. Right! 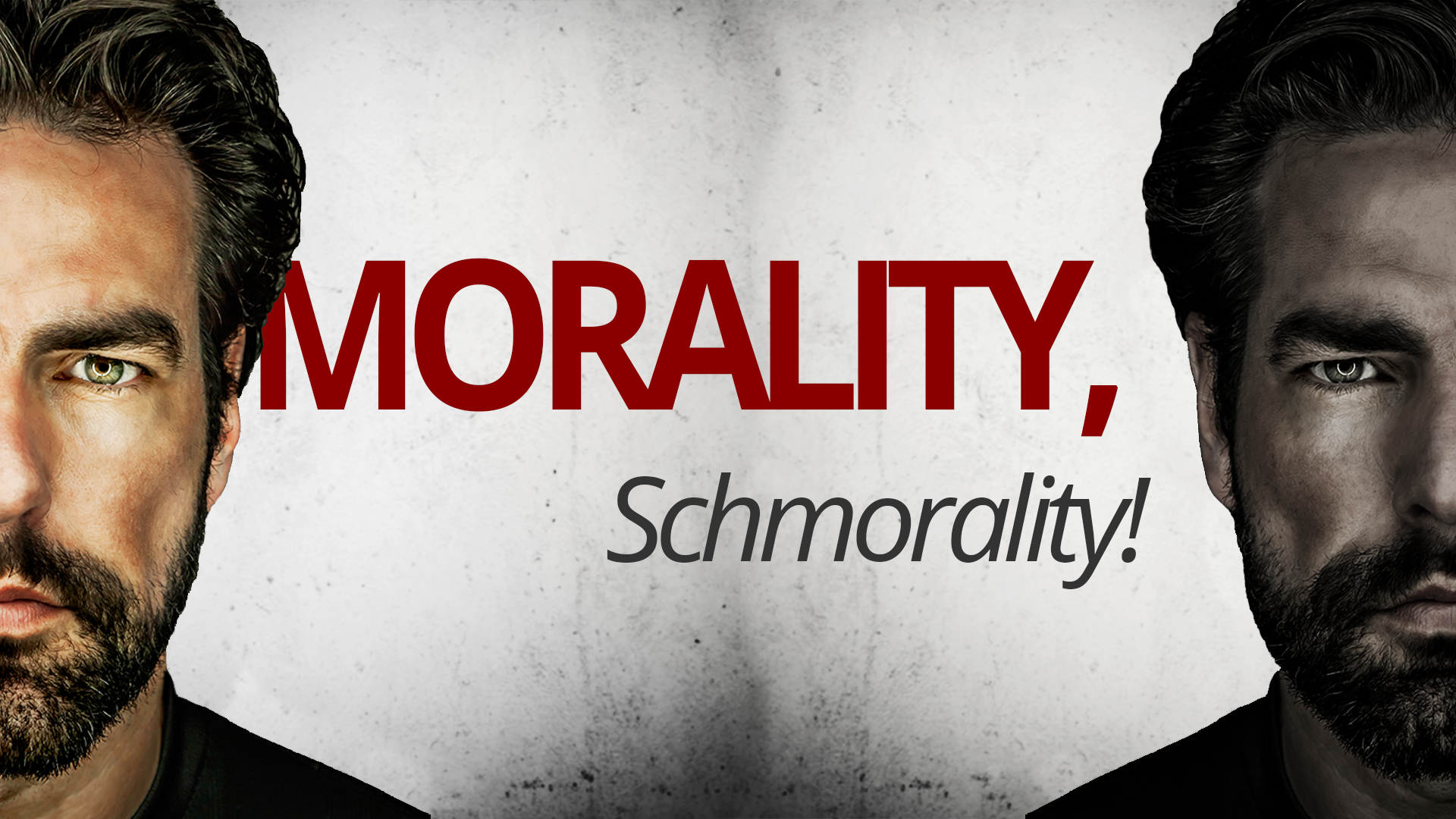