The Parish of What’s Happenin’ Now?

The answer is anything but Catholicism!

As the U.S. bishops meet today in Baltimore for one of their twice-a-year meetings, it's a good thing to look at the growing chasm between the leaders and the laity and what, if anything, can be done about it. First, the lived-out life of Catholicism, life on the ground in the trenches, is for the normal, everyday Catholic lived out at the parish level. This is where they "meet the Church," so to speak, at weekly intervals in their lives.

So, what's happening on the parish level is the experience common to Catholics and that which they most readily identify as "normal." Bear in mind, of course, that by the term "most Catholics" we mean of the one in five who actually still go to Mass in the U.S. The other four in five have next to nothing to do with the Church, and four out of five of these four out of five tell pollsters they will never come back. For those not so quick with arithmetic, that's a whopping two thirds who have left who will never return.

Now, here is the first problem with perspective from a parish level: Lay people travel around a lot. On any given Sunday, they may be in a part of the country or in another parish because of this family event or that obligation. We travel around a lot and see much more on a parish level than priests do and most especially the bishops do. And we see it in the pews, not up in the sanctuary, where our view might be blocked by a hoard of eucharistic ministers or the folk group. So when the laity, the committed laity — again, meaning those who truly care about the Church and understand the ruin She is in — when we see a problem, it's real. It's real precisely because we see it everywhere, even from parish to parish within a given diocese.

We can tell immediately what sort of formation the bishop has allowed his priests to experience. We can tell immediately what sort of message about reverence is being communicated to the people from the bishop through his priests. We can tell immediately with one glance through a given parish's bulletin how Catholic the parish truly is (and we see a lot of bulletins). There are a hundred giveaways before Mass in any given parish is over what the spiritual health of the parish actually is and, again, because committed Catholics have to go to so many different parishes because of business travel or family obligations or social events or confirmations or baptisms or weddings, holidays. We see a lot, which makes it curious when so many of the deep concerns and even fears of committed Catholics are not even consulted or listened to.

Priests are not traveling around as frequently as we are. Bishops certainly aren't, and even when they do, the host parish is always on its best behavior, so even then, he doesn't see things like they really are — if he cares, that is. So when the question inevitably pops up, "Hey, what's happenin' in the Church?" the answer is, "We'll look at what's happening in the parishes." And what is happening in the parishes? Not the transmission of the Faith, that's for sure. That's why these parishes are closing.

There's nothing happening in the parishes that isn't happening in the local Protestant worship space down the street or the Salvation Army or the Saul Alinsky, community-organizing project down in the 'hood. Why? Because the bishops have been formed by their hippie-minded predecessors from the 1960s and 1970s to make the parishes the Church of "What's Happenin' Now?" The reason for the parish has been almost wiped out — sacrificed for a cause, reason swapped out for a cause — and normally that cause is a politically leftist, theologically nutty idea of what passes for religion.

So, today and tomorrow, the bishops will gather and chatter about a lot of things, most of them having very little to do with religion and souls and salvation. They will talk about numbers and exciting new modes of evangelization that the young people really respond to. They'll talk about marketing ideas to draw more men into the social activism ranks known as the priesthood, and they don't mind if they are gay as long as they don't act on it, leaving the next round of gay clergy sex abuse scandals for their successors to clean up.

They'll talk quietly amongst themselves about which plan they implemented to best manage the decline, as they close down parishes and shutter schools. They check in with each other about which management firm did the best job at finding a way to move in and reduce expenses and formulate a "going out of business" plan to roll out over the next five years. In short, everything they've done for all the past meetings since the truth of the crisis/chaos became undeniable.

What they will not do is listen to committed Catholics who actually do know what's going on because we see it everywhere, in all its ugly nakedness in practically every parish: the immodest dress, the complete lack of reverence, the horrible non-sacred music, the disbelief in the Real Presence sometimes by even the priest, the totally forgettable preaching, the social justice warriors who run the show, the army of graying women in the sanctuary. Yep, we see every last bit of it, and again, we see it everywhere.

It's weird why the generals would never check in with the soldiers to see how the battle is going. Perhaps the generals know because they planned it all along. 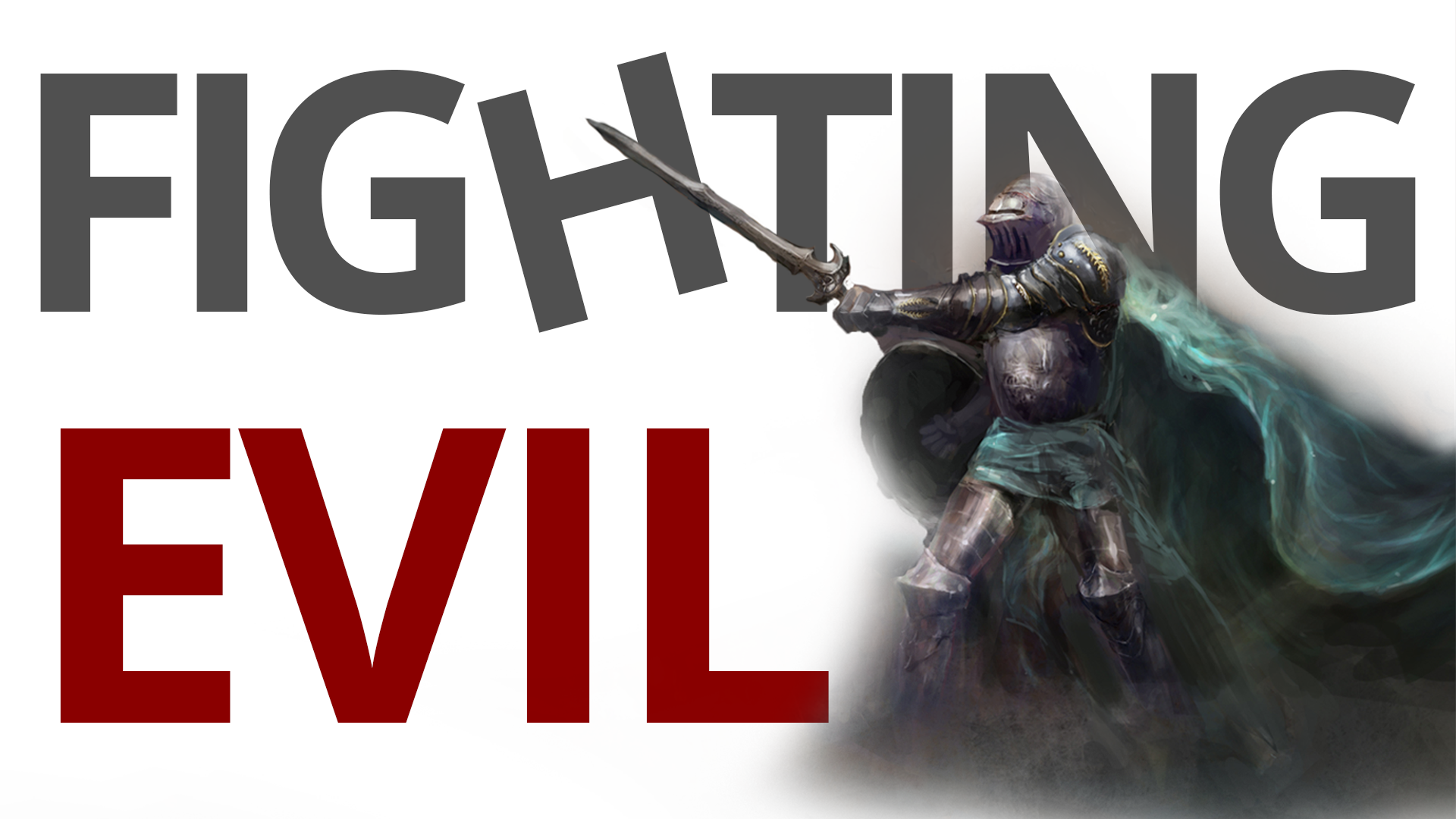 Fighting Evil
We actually get to do this.