A viewer advisory for parents before allowing younger ones to view this Vortex.

Church Militant has learned something so troublesome that it's somewhat difficult to report, but Catholics should know.

The scandal of the homopredator abuse has become so codified now in chanceries across the country, given the number of years and the number of cases, that various sources tell Church Militant there is an actual unofficial chart used by bishops and lawyers to determine payouts to victims.

It's used in the secret settlement agreements between Church officials and victims, and we are reporting on this to show you how revolting all this has become.

It has now become standard around the country — accepted, yet unofficial Church practice — to pay out specific amounts to victims based on the circumstances of abuse.

The circumstances include age, type of abuse, number of occurrences.

So, if a young male was first abused when he was, say, 13, and it happened, say, half a dozen times and involved oral sex, then the lawyers simply run down the appropriate columns on the chart and across the rows and locate the specific pay off amount, which is "fixed."

If the type of abuse, however, involved, say, penetration, then lawyers run their fingers down a different column where a different payout amount is shown.

Whether an actual standardized physical chart with columns and rows exists isn't exactly clear, but for those involved in these proceedings around the country, they say Church lawyers are referencing some sort of guide because in these meetings — because the payouts for specific types of abuse are now more or less "normalized" across the country.

What Catholic cannot hear this stuff and be sickened and completely ticked off at Church leaders who have brought the Church to this despicable level, an actual algorithm of abuse?

And yet, bishops all over the country have approved this and continue unabated to deceive you and keep things covered up.

They have baked into their annual budgets legal fees for dealing with the cover-up and whatever amounts "the chart" says they have to payout. What absolute filth — all done with your money, without your knowledge, until now, that is.

Which brings us to the diocese of Buffalo and Bp. Richard Malone who, given recent events, better make multiple copies of his payoff chart.

Catholics paying attention to the machinations of the homopredator clergy scandal have been waiting for the specter of RICO to begin emerging. Well, the beginnings of RICO are now taking shape.

RICO stands for Racketeer Influenced and Corrupt Organizations, a federal statute passed in 1970 to empower law enforcement to go after the mob, organized crime.

RICO can be filed either criminally or civilly, and in the case of the diocese of Buffalo and specifically, the lying, cheating Bp. Richard Malone, he and his corrupt, homosexual-run diocese and seminary have had a civil RICO case dropped on them.

In fact, the diocese and Malone, who locals call Bologna Maloney because of his dishonesty, he has had a hundred lawsuits filed against him in the past week as part of the avalanche of cases stemming from the New York Child Victims Act going into effect last week.

As an aside, forgetting about any potential payouts to victims, the diocese may go bankrupt simply paying its own legal defense bills. Defending more than a hundred lawsuits at the same time has got to be ringing up a rather enormous sum.

Now, among the hundred lawsuits filed, one in particular stands out because it is the one which has been filed under the RICO statute.

Unlike typical suits which usually identify or pinpoint one abuser or one victim, this RICO filing alleges a systematic diocesan-wide cover-up — racketeering.

Racketeering is in its simplest form an illegal scheme which involves multiple people, and under the umbrella of RICO, multiple people employed or closely associated with the same organization.

This lawsuit alleges that the activity of Bp. Malone, his predecessor and the entire diocesan staff set about to deliberately cook up a scheme and carry it out, whereby victims and whistleblowers were intimidated, bullied and even fired — and it doesn't stop there.

Perhaps the most revealing and damning evidence showing a scheme: a leaked email from the diocese from last year, when the diocese knew it was under criminal investigation, actually began shredding documents.

Kevin Stocker, a Massgoing Catholic, is the attorney who filed the suit.

That Church officials would actually start secretly shredding documents, while deeply disturbing, is not exactly new.

The now-deceased bishop of Saginaw, Joseph Cistone, was so notorious for shredding evidence while he was a monsignor in Philadelphia that he actually was given the nickname "The Shredder" by fellow bishops.

Likewise, Church Militant has been informed by insiders in the diocese of Paterson, New Jersey, that Bp. Arthur Serratelli also held at least one late-night shredding party.

In fact, suspecting that Church leaders would start furiously shredding incriminating paperwork, the U.S. Department of Justice actually sent out a formal letter to the U.S. bishops instructing them to not destroy anything.

Additionally, multiple dioceses and archdioceses around the country have had their offices raided by law enforcement who suspect bishops would not comply with the order.

There's an old saying that the cover-up is worse than the crime, and in the case of the U.S. bishops, many now beginning to face hundreds of lawsuits, if that is proven to be the case, that they have been destroying evidence, these cases could and should quickly move from civil to criminal.

If that happens, the invaluable experience gained by some of these crooked bishops from their own payoff charts might be very useful when understanding how prosecutors arrive at the number of years they will serve their sentences.

But what should be most disturbing to Church leaders, which it doesn't appear is the case, is the divine judge has His own payoff chart.

And that one has many more columns and rows then we can imagine. 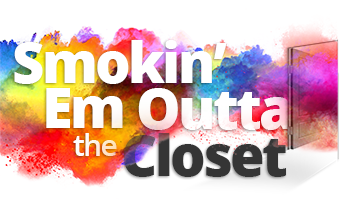 Smokin’ Em Outta the Closet
And the smoke is getting pretty thick.