Take back the Church.

After almost a month of responses and statements and so forth from various bishops and most of the cardinals, it's clear that there has never been either a more duplicitous crowd on Earth — or completely tone-deaf one. In response to the evil of the McCarrick situation, there has been nothing but misfires by leaders and, frankly, incredible — meaning not credible — statements.

All over the Catholic world — even in the Church of Nice — loads of people are now recognizing that the U.S. hierarchy has lost all its credibility. They just need to stop talking. Every statement, every release, every interview just digs the hole deeper for them.

The heart of the matter is this: The "McCarrick situation" isn't really about McCarrick. It's about the environment that he and hundreds, perhaps thousands, of predator homosexuals in the clergy — including among the bishops — created, sustained, nurtured and then used to conceal their evil. That simple reality, the bare facts of the case, are what no bishop has stepped forward and admitted.

Everyone knows it, just as everyone knows that this stream of denials that no one knew anything is a pack of lies. This is a massive network of predator homosexual men in the priesthood and episcopate that has been decades in the making and establishing.

In fact, it is so powerful in the Church that it is no longer correct to speak of a "gay subculture." There's nothing sub-culture about it. It is in fact, the dominant culture in the clergy. Everything that happens revolves around this evil axis of homosexual predation.

Often times, according to many young men who have gone through this nightmare, seminarians are admitted with the goal of grooming them to become homosexual or getting them to act on their already existing homosexual inclinations which are inquired about during the admission process.

How did these homosexualists get into these positions? Because the bishops who appoint them are gay themselves. They are actively homosexual, passively homosexual, sympathetic to it, or understand that if they want to ever rise on the ecclesiastical ladder, they better not tick off the homosexual collective that has seized operational control of the Church.

This is the issue — nothing else. The Church has undergone a terrific "gaying" and that has brought in the predation of young adult males. And if some of these men can't get to young vulnerable emotionally immature seminarians, then they attack in the confessional.

All of this is filthy and wicked and evil. And yet not a single word from any bishop who has said anything. All we have from them are denials and lies and deflections. And in the case of the now default leader of hierarchy in the U.S., Cdl. Donald Wuerl has the gall to suggest that a commision be set up by bishops to investigate the bishops. What do you even say to that? Even a couple of bishops essentially told him to shut up and called him out for his idea, which was, in summary, we bishops will investigate ourselves.

Shut up. I'm sorry, but that's so insulting and degrading to the laity that he needs to lose his red hat. How dare he even think it, much less say it out loud. Here's what he won't say, however, because he's been a major player in it for decades.

There is a network of homosexual evil in the Church. The Church was infiltrated decades ago by men who should have never been ordained. In fact, one priest responding to all this said quite thoughtfully,  some men ordained are priests of God and others are priests of Satan.

The entire Establishment Church, including thousands of "professional" Catholics who have enabled this evil needs a top to bottom overhaul. The professional Catholics are the cheerleaders who make their living off the establishment — parasites.

This includes the Catholic fake news gang who never breathe a word about this, or if they do occasionally let the truth seep out, they quickly come to heel when their establishment overlords call them. There has never been a more critical moment in the life of the Church in America. The Church is controlled by a homosexual mafia, which begins in seminary and extends to the College of Cardinals.

This network is enabled by chancery staffs, seminary faculties, parish staffs, not a corner of the Church is unaffected by this filth — and "filth" is the word Pope Benedict used.

So what are faithful Catholics left to do. We, the peasant Catholics, need to rise up and force the elitists to take note. And the whole elitist crowd will be all together with bells on in Baltimore for the bishops' annual meeting — the week of Nov. 12–15.

And that means peasant Catholics need to show up in Baltimore as well — not to convince the out-of-touch prelates and cardinals to return to the Faith, but to give some juice, some encouragement to good bishops to demand change.

And what precisely does change look like? A formal official admission from the conference of bishops itself that the problem is homosexuality among the clergy. Nothing less than that full admission will be accepted because whatever else would be said would be a half-truth, which is a lie.

Second, the ringleaders of this, meaning the Cardinal Club, all need to resign. They don't get to duck and BS everyone the peasants anymore. These "shepherds" have not just allowed the wolves in, the reality is that many of them are actually the wolves.

Whether it is for wicked actions, covering up, negligence, being brain dead and tone-deaf on all this, or some combination of all the above, they need to go. And for the record, to show just how completely out of touch they are, this past week, in the middle of the most distressing point in the history of the Church in America, Cdl. Dolan and LA Archbishop Jose Gomez made appeals for campaigns to raise a combined $700 million. These men are ridiculous. They have broken trust. They have lost credibility. But amazingly — stunningly — they are the only ones who don't seem to realize it.

So a tremendous massive display of peasant Catholics need to descend on Baltimore in November and Church Militant is honored to be associated with the coalition that has been formed to make this happen. In just a few hours of its official announcement, hundreds of peasant Catholics have already signed up and committed. They are coming from states all over the country. They are going to descend on Baltimore and demand change.

Publicly confess the evil of sodomy is what's behind all this — leaders need to resign. Only when these steps are taken can any real change happen, because those things are the heart of the issue — homosexualist leaders who have created this environment of homosexual predation that promotes and protects a man like McCarrick.

Again, as evil as his actions were, he is not the problem — he is a symptom. The problem is the gay culture in the Church created by the leaders who could not have risen to their high ranks without allying themselves with it. They need to go because they are the source of it.

Never before in the life of the Church in the United States has a moment arrived like this. One side, the sodomite clergy, or the peasants, are going to win this war for the Church and the soul of the priesthood. If there was ever a time to publicly demonstrate that you are a member of the Church Militant, this would be it.

Click on the attached link for the initial plans. Things are still in flux, but with hundreds already committed in less than 24 hours, it's already shaping up to be the moment where the peasant Catholics can help take back the Church.

Click on the link and join the peasant march. 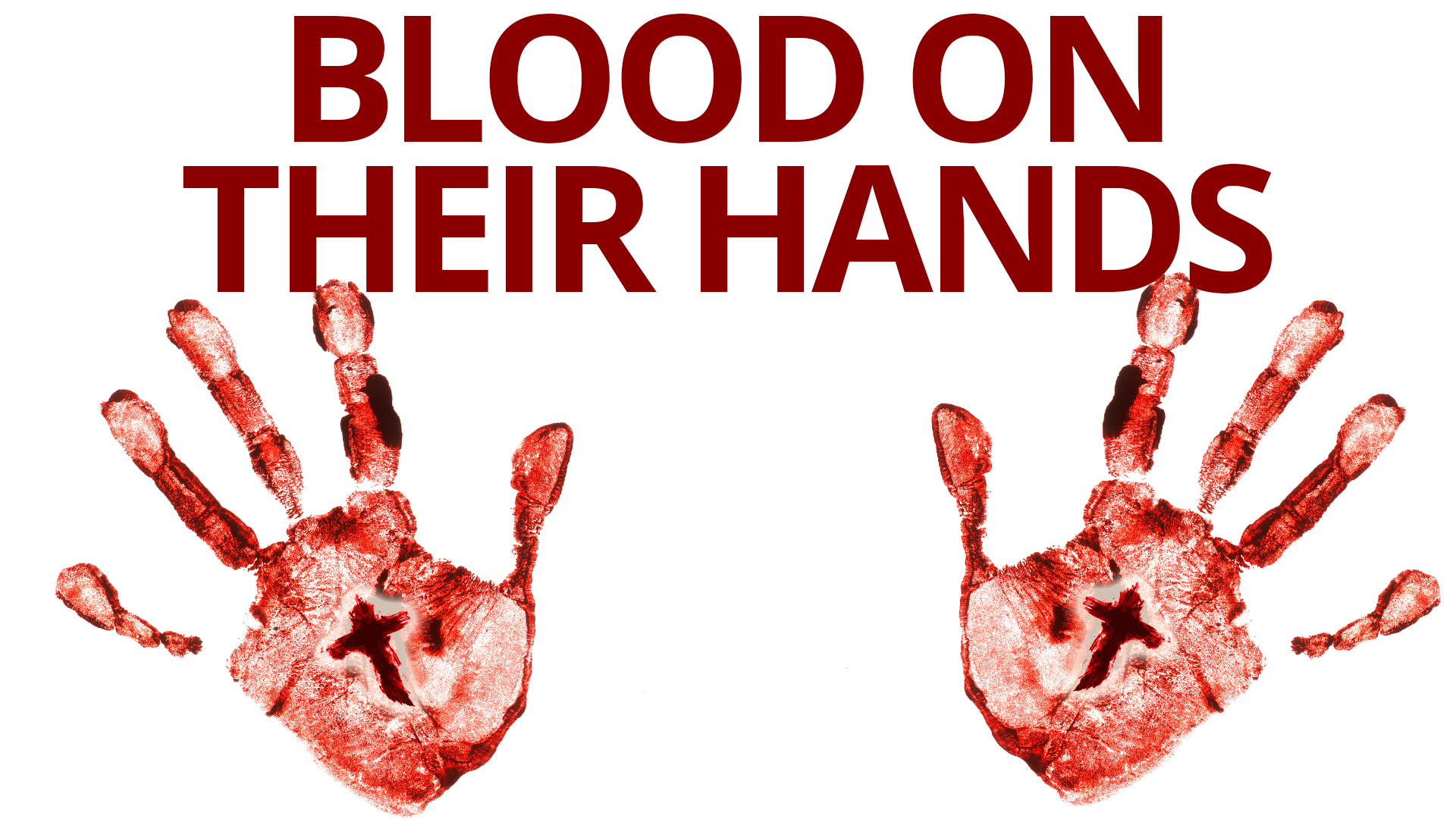 Blood on Their Hands
And nothing ever happens to them.