Gotta stop them dead in their tracks, early on.

If you want to make sense of all this evil being exposed in the Church, why cops are busting down the doors of church offices and raiding them, why charges are being made against the Pope himself about sex abuse cover-up, just the non-stop flood of all this filth, then you have to go back a few decades.

None of this just dropped out of the sky. It's been in the world for a very long time. The problem is now, the leaders who should be cleaning it up are accomplices in all of it.

Many of them have advanced in their careers owing directly to their cooperation with all of this. That isn't to say every bishop has been or still is a pederast or homosexual predator. What it is to say is that it would have been difficult to achieve any high office in the Church without having been involved in some way or another, even if that way was remaining willfully ignorant.

And knowing the who is very important — the type of persons, their thoughts, training, proclivities and so forth, so this can be guarded against in the future. None of this has fallen out of the sky; this is evident from not just the disaster in America, but the fact that it is being evidenced all over the globe, the exact same crisis.

And it follows the same pattern: homosexual men gaining entrance into seminaries and being ordained. Some of these men preyed on teenage boys, others were also sexually active, just with adult males as opposed to teenagers.

But whether with teenage boys or adult men, the bottom line is active homosexual males in the clergy. But a close examination cannot stop just at that level. For such a widespread malady to afflict the priesthood in numerous countries all around the same time means there had to be episcopal involvement.

The extent of that involvement must have included a combination of men who were:

Further, given the vastness of this, it can only be concluded that the number of these bishops was not insignificant. The Catholic priesthood and episcopate has been submerged in a culture of homosexuality from the earliest days in the seminary and straight up the ranks to the various members of the college of cardinals — and it has been that way for years and years.

Sometimes, sometimes this finds its way into predatory behavior involving minors, the vast majority of whom — 80 percent — are teenage males.

So the question: how did this happen? Three men, all eventual cardinals, bear closer scrutiny. And for the record, there are many more than just these three, but these three are some big players in this.

First: Detroit Cardinal John Dearden, archbishop and eventual cardinal. He was here from 1958–1980. During his term, he unleashed a torrent of modernism on the Church. In fact, it would be fair to say that Dearden was the single prelate most responsible for the current condition of the Church.

He made Detroit a kind of petri dish for every liberal cause in the Church, and under his reign, the seminary here became nothing short of a gay nightclub which continued after his death.

It was Dearden that the Church in America has to thank for the second spiritual criminal we should focus on: Joseph Bernardin. Bernardin got his promotion up through the episcopal ranks owning directly to Dearden, who drew him out of obscurity in South Carolina and introducing him, so to speak, to the rest of the nation's bishops.

Dearden formed the National Bishops' Conference — today's USCCB — and made sure that when he ran it, Bernardin was his right-hand man, in addition to making sure he also became eventual president of the conference.

From that post, Bernardin, in practice, oversaw the appointment of close to 100 bishops in the United States, many of them homosexual or homosexual friendly, who went on to make sure that homosexuality became a fixed agenda item in the American priesthood.

Once cardinal of Chicago, he established the first gay ministry office in the country — which has never promoted Church teaching — and when he died, he directed that the Chicago Gay Men's Chorus sing at his wake.

Another man, of course, a contemporary of Bernardin, is the notorious Theodore McCarrick, who through the use of bribes and charm ensured that none of the weak bishops in the United States would ever challenge the homosexual dominance that he and others had created and fostered in the Church.

Along with Bernardin, McCarrick helped set up the gay seminarian pipeline from largely Latin American countries, Bernardin's in Chicago and McCarrick's in Newark, both of which have only recently come to light.

These three men were among the instrumental ones establishing, securing and then promoting homosexuality within the clergy either directly or by fostering the conditions for it to blossom — or both.

And what they each had in common, along with many of their fellow homosexualist prelates, was a love of heterodoxy.

They all despised authentic Catholicism and set about to destroy it. Each was exceedingly successful in his own realm over the many years they exercised enormous power and control.

This is not to say, as a fair warning to the unsuspecting, that all orthodox-speaking bishops are immune from the homosexual curse.

There have been and still are bishops who have a reputation for being orthodox and may, in fact, be to some degree, but who either live a double life in this area or have a blind spot because they themselves are homosexual — although not practicing.

But that group is a different case. The major point of this Vortex episode is this: When you encounter heterodoxy, you almost always also encounter at least some acceptance of the sin of sodomy or at least an unwillingness to speak out against it.

Heterodoxy among priests and bishops and some acceptance of homosexuality don't necessarily go hand in hand, but it is safe to say that there is an extremely close correlation.

And therefore, when a faithful Catholic encounters a prelate or priest who seems squishy on some point of doctrine, it is certainly fair and even prudential given the current reality to inquire as to his views on homosexuality and press the matter.

If he's a bishop, he needs to be asked point blank: Do you ordain homosexual men, yes or no?

This lack of transparency on this has to stop, and as long as laity are all sheepish and afraid to confront and challenge leaders, the guilty ones will feel as though they continue to have carte blanche.

Dearden, Bernardin and McCarrick did not begin their careers as towering spiritual madmen, but they ended that way.

Little by little, they advanced, amassing more authority and influence as they progressed, and eventually reaching a tipping point where they themselves could begin setting the agenda. Imagine had any of them been able to have been stopped years prior to their destructive wielding of power.

We know with a high degree of certainty that most bishops and few priests are ever going to pose that challenge — it's just not done among the clergy, although it used to be and should be again.

But in the meantime, the laity must do it. No priest or bishop is above being held to account by the laity for his adherence to the Church's teaching. And if they take umbrage with you for it, then that in itself is a clear warning.

If only someone would have challenged Dearden early on, perhaps the Church in America would never have had to suffer through Bernardin. And if someone had stood in the back of the Church after one of Fr. McCarrick's Masses in New York and pushed him on some things, perhaps his molestation of at least one altar boy might have come out earlier and he would have been stopped dead in his tracks.

Too many clergy and bishops have betrayed the trust of the laity, and it needs to be earned back, although with some, that will never happen — nor should it.

The people of God deserve honest, transparent, faithful, orthodox, bold leaders — nothing less. Whatever we can do to ensure another Dearden or the other two never arise again, then we need to do it. 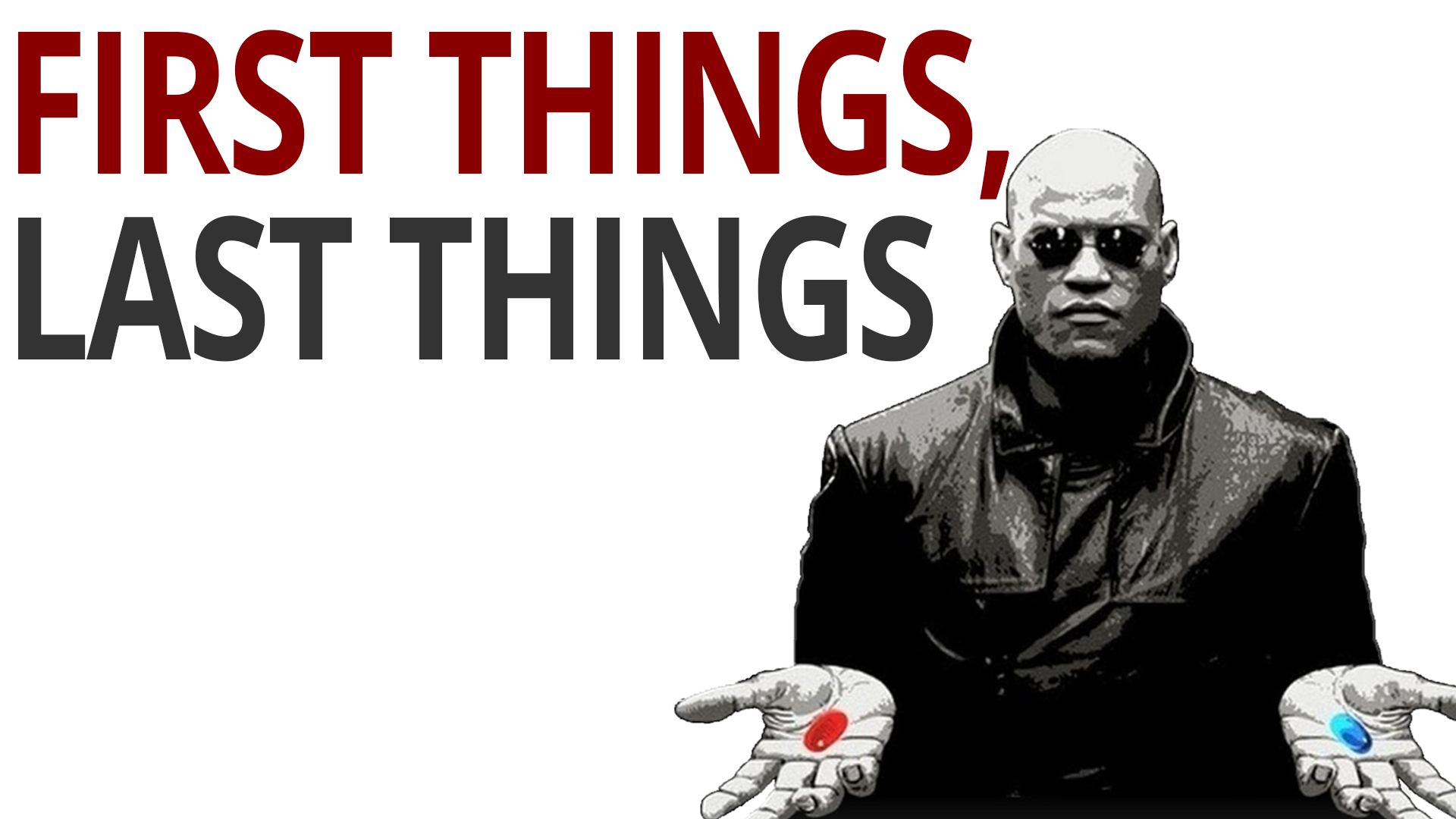 First Things, Last Things
And everything in between.