And it's diabolically clever.

With what is looking more and more like the liberal and heterodox infestation at the Vatican, tinkering around with Blessed Paul VI's Humanae Vitae in an effort to dumb it down and make it more "pastorally friendly," one thing to keep in mind is that the scuttling of the Church's dogmatic teaching on birth control is not the end game. This is just a major step toward the final goal, the real goal, which is the blessing of the homosexual agenda by the Church.

The pretense that what is cared about is all these married couples "struggling" with contraception and agonizing over birth control is a total pretense. There's no struggle. What struggle? Just as there are no real couples "struggling" with receiving Holy Communion if they are divorced and civilly remarried, they just reject the Church and get on with their lives, doing whatever their glands tell them to do. Sure, there probably is some small smattering here and there around the world, but certainly not enough to warrant such time and resources and constant attention.

The alarms have been sounding ever since the midterm relatio was released on October 13, 2014, at the first of the two Synods on the Family when that famous (or should we say infamous) paragraph number 50 authored by Abp. Bruno Forte claimed that homosexuals have certain "gifts and qualities" to help the Church.

Add to that a follow-up discussion Church Militant had with homosexualist priest and bully, Fr. Thomas Rosica (a Vatican advisor!), the whole undercurrent of advancing the gay agenda at all levels of the Church has been front and center. Gay clerics and their allies don't give a hoot about straight couples "struggling" with sexual stuff. But they most certainly do care about the whole gay scene because their consciences are so badly burning inside of them, and they are so filled with guilt that their life goal has become to get the Church to approve of them and their sinful, disordered psychologies.

For decades, they have been quietly promoting each other and advancing their plans and are now on the verge, they think, of laying hold of the brass ring. That's what almost every single story in the Church today relates back to:

This whole thing is a multi-pronged approach to bring about the ascendancy and official installation of the homosexualist agenda. Period. Rosica is traveling around to various seminaries privately laying the groundwork for all this by suggesting a "new paradigm" for pastoral care. We get private messages from seminarians telling us this. One rector even called a meeting and accused whoever informed Church Militant of Rosica's talks of being unfaithful.

After a dozen years of being attacked, marginalized, insulted and so forth, we are firmly convinced it is because we have detected and shouted from the rooftops this agenda. This has maddened homosexualists in the clergy, as well as the careerists who want to stick their heads in the sand and play "Alpha and the New Evangelization of Feelings" to make themselves feel like they are actually doing something. They aren't. They cannot stand what we are saying.

Big picture: Satan doesn't give a rip about considering his work accomplished in the arena of intrinsic evils among heterosexuals. He is going for the "gold" of enshrining the unnatural, the abomination of nature within the sanctuary itself. As Fr. Hardon said, he has disciples just as Our Lord has disciples.

The Demon has already achieved practically all he can in the area of the sexual revolution in the "natural order" — contraception leading to child murder by the hundreds of millions and protected as a human right. Not much else for him to accomplish there.

But what many good people in the Church have missed is the abandonment of sexual morality among so-called straight people was never the end in itself, merely a means to an end — a long drawn out plan of total moral corruption and depravity cleverly disguised as caring about people and their feelings. To this end, everything has shifted to feelings where they gay world functions at a high octane level. Nothing is about the Truth and intellect.

The feelings of inner remorse, guilt and rage, so omnipresent in the homosexual world, so completely mimic the diabolical, the psychology of the fallen angels that there is no mistaking the Demon's fingerprints and plan. This is what the faithful Catholic world needs to know and understand. It's never been about contraception as an end in itself. It's been about so distorting and confusing Catholic minds so as to make the unnatural natural.

This is why we do what we do here at Church Militant. It's why we started the apostolate in late 2005 and why we highly encourage you to sign up for a Premium subscription for Church Militant. For those who sign up, just this week, for a recurring monthly subscription, which is just $10 a month, you will receive a complimentary copy of The Vortex book published just this spring. We have committed to keeping the price low so as many people as possible can afford to sign up.

Apostolates dedicated to this work need your support and backing. We must rededicate ourselves to knowing and studying the Faith so that we can resist the continuing loss of Catholic identity with all our might — especially by those within the Church orchestrating it.

Part of that involves setting aside time to study the Faith, to be enraptured by its glories and mysteries and blinding truth. Knowledge of the Faith is absolutely crucial, and knowledge of the Faith is what Church Militant provides. So please sign up today. Get your complimentary copy of The Vortex but most importantly make our programming an essential part of your training in the Faith.

Remember, those who know God and who seek Him above all else can never be pulled off course. 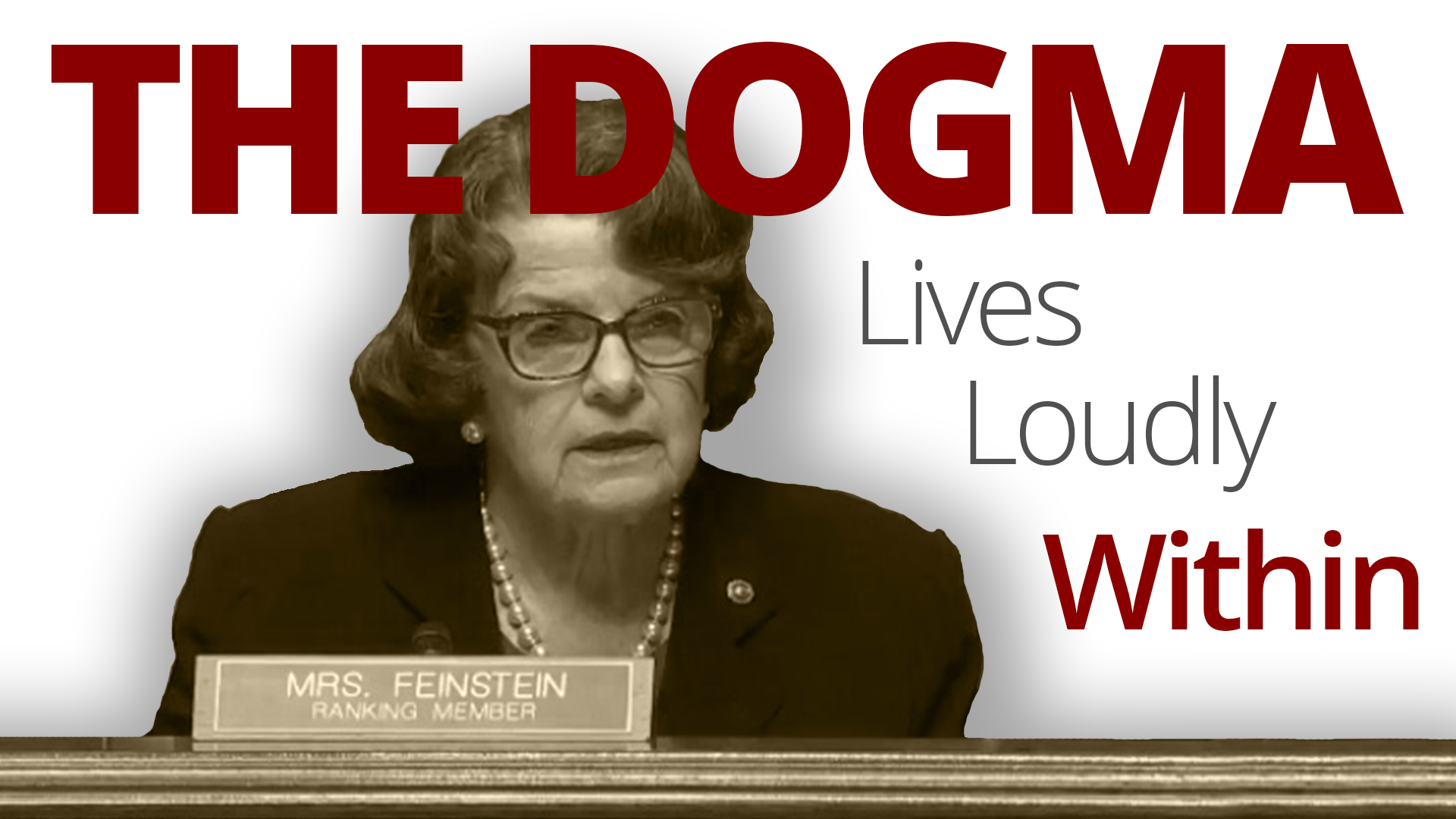 The Dogma Lives Loudly Within
A massive compliment!