Their father is the Devil.

As the midterm elections begin to come into focus, there is a very serious topic authentic political conservatives are going to have to address: the so-called religious Left.

First point: They are not religious. That's a masquerade to push communism in a way that appears palatable to poorly educated Christians.

Second point: They need to be called on it at every turn.

Third point: Political conservatives need to start speaking in overtly religious manners to offset the gains the Left has made pretending to be religious.

The soft underbelly of the religious Left needs to be exposed. And frankly, since the entire thing is a facade, its soft underbelly is vastly exploitable. Political conservatives have, for the most part, tended to stay clear of outright religiosity. Stupid move. What needs to be understood is that, as leaders, they need to lead. And yes, that means calling out phony religion when they encounter it.

The landscape looks like this: Be they Catholics or whatever variety of tens of thousands of Protestant denominations, a huge percentage of Christians have been malformed in Christianity — so much so that the argument can be easily made that that single reality is responsible for the mess the country finds itself in.

The crisis of the family, unwed mothers, the child-killing industry, fatherless children (especially boys) — all of these things are owing to an abandonment of Christian morality for the past decades. And they have wreaked havoc, not only on souls and their eternal destiny, but also all the way down to government policy initiatives because a sense of Christian compassion still dictates that something be done for tens of millions of citizens suffering the impact of a de-moralized nation.

Political conservatives have, for the most part, tended to stay clear of outright religiosity. Stupid move.

And note this well, political conservative leaders: This is where the so-called religious Left has scored major inroads with voters.

They have created the notion, in the minds of many, that the effects of the disaster require the government to step in, but (and it's a big "but") they deliberately leave unaddressed the underlying cause of the disaster. Thus, they are able to exploit the symptoms of the problem they themselves have created.

They paint themselves as having the solution and go further by grounding it in the Gospels, draped in a sense of Christian compassion. What they say sounds legitimate on the surface and is able to be capitalized on by them because, given the lack of education of most Christians in authentic Christian truths, getting much below the surface just isn't going to happen.

So the religious Left has created a two-edged narrative of both being compassionate (and caring and understanding) while also painting real Christians and political conservatives as judgmental and hateful — and they whip out Scripture at the drop of a hat to prove their points.

Conservatives, for the most part, forgetting that the Son of God said that even the Devil can quote Scripture for his own ends, just sit by and cede this ground more and more to the Left, afraid that they will be labeled "religious extremists" and pay a price for it in the next election.

So political conservatives simply ignore or (even worse) are unaware of the massive scam that the U.S. bishops have going on when it comes to social justice issues, taking hundreds of millions in government grants over illegal immigration (for example) and directing it to groups who continue to bolster Democratic Party voting rolls.

All in the name of Heaven, of course.

More and more evangelicals are buying into what they hear and read in their worlds about climate change and our "God-given" duty to protect the earth. That is even carried a step further by both liberal Protestants and Catholics, like San Diego bishop Robert McElroy, whose own panderings to the environmental crowd actually caused him to take the position that climate change kills more humans around the world every year than abortion.

That, of course, is flat-out false, and is so outrageous it's hard to believe that anyone could say it with a straight face, but no one has ever accused the religious Left of being meek or timid.

But — follow the bouncing ball here for a moment — dressing up climate change as an existential threat to human life (and, by extension, human dignity) is easily transformed into a gospel-call to vote in leaders who will take the issue seriously. It even allows the religious Left to baptize climate change, to drape it in the language of Christian morality.

Just because someone has a miter on his head does not make him an authentic follower of Christ.

They go even further, lumping the issue in with the overall movement of pro-life concerns, creating a mushy middle where the direct killing of children in the womb by the millions no longer occupies the preeminent place on the spectrum of morality.

While they are dead wrong, of course, they're able to exploit the lack of education and proper formation of tens of millions of the baptized and confuse them, softening them up for further exploitation.

The arguments of the religious Left have a "ring of truth" to them, a kind of "gospel logic" that, to the uneducated, can sound reasonable (and since most people never get beyond the surface of almost anything, the religious Left wins way too often).

What political conservatives — leaders and followers — have failed to do is call it out.

Just because someone has a miter on his head or a collar around his neck does not make him an authentic follower of Christ. In fact, far from it. Espousing a general religious principle here or there does not make what flows from that principle a sound, theologically inspired policy decision.

Yet, this happens all the time.

Again — for example — tax the rich; give to the poor. On the surface, it has a certain appeal to quasi-religious folks willing to lend that an ear. After all, according to the religious Left, Jesus said money is bad and evil and will keep you out of Heaven. Likewise, Jesus pounded on helping the poor and the duty to do so, right? So say religious lefties.

The problem is, that's a wild mischaracterization of what Our Blessed Lord said.

But none of that matters to the Left because they know it has a "vague echo" of a Christian morality playing around somewhere in the backs of their minds.

Amplify the message of the religious Left on social media and mainstream Marxist media, and you have created an attractive message (or at least attractive enough) to win close elections.

And that's plan of the Left, after all, and they certainly are not above lying about the gospel to achieve their ends. Their father, after all, is the Devil, and even he cites Scripture for his own end — so why shouldn't they?

If political conservatives continue to fail or ignore these huge inroads the Left has made into nominally religious communities, they are going to get wiped out at some point in the near future.

When that wipeout comes there will be no turning back from it, no course correction, because the ultimate aim of the Left and its "preachers" is to create a godless society — that's what communism is.

They use phony religion to destroy actual religion. Without an effective and immediate full-on assault on the religious Left, the days of political conservatism are over. 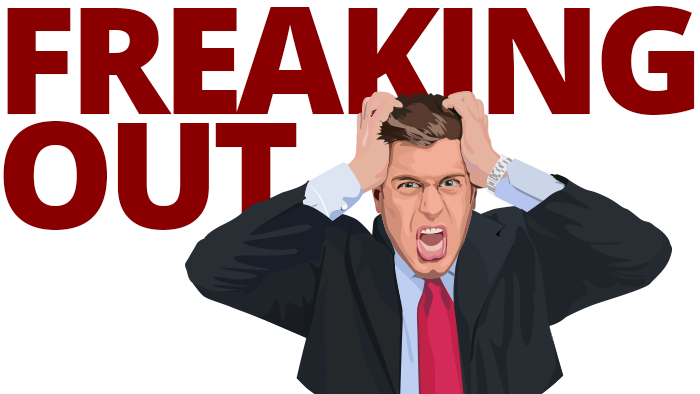 Freaking Out
And that's a good thing.