The phony-Catholic Jesuits over at America Magazine have all but come out and declared that they are pro-abortion.

Sure, they don't come right out and say it, but by implication, no reasonable person could conclude anything else. They are almost depressed over the overturning of Roe, using language like abortion "rights" and so forth. There is no such thing as a right, any right, to kill an innocent child for any reason. But for a religious community (that takes the sacred name of Jesus as its banner) to practically be suicidal over saving the lives of innocent children is nothing short of demonic.

We all know that the Jesuits long ago gave up the ghost and are essentially communists in robes. But the overthrowing of Roe has now given them permission to drop the masks and get down to business.

One of the names at the heresy-supporting social justice rag is Thomas Reese, a priest so bad and lefty that he actually resigned when Cdl. Ratzinger became Pope Benedict XVI back in 2005. Reese had been at odds with the Congregation for the Doctrine of the Faith over multiple moral and doctrinal teachings, and when Ratzinger, who was head of the CDF, became pope, Reese threw in the towel — realizing the jig was up. But it wasn't an inward conversion. It was merely political and career oriented — superficial. Reese realized he could do much more damage to the Church not tied to the Jesuit rag.

So for the past almost 20 years, he has fired off article after article criticizing anything and everything his little hands could attack from a keyboard. He's published in a handful of other lefty publications that spread his filth farther than just writing for America magazine could do. Recently, the traitor to the Faith wrote two articles published in the Religion News Service, one before Roe was overturned and the other after. Neither took a kind view of the terrific news.

But it was the first one, in particular, published when the original draft was leaked back in early May, that was the most revealing of the two. In that article, entitled "After Winning on Abortion, It's Time for Catholic Bishops to Switch Parties," Reese makes the rather asinine point that the bishops are mostly closet Republicans in lockstep with the GOP. Well, many of them certainly are closeted but not the way Reese means — who himself might know a thing or two about closeted things.

To even suggest that the bishops are united with the GOP platform shows the depths of Reese's ignorance or deceit — likely the latter. With the exception of abortion, the U.S. bishops check almost every single box on the Democratic Party dance card. You name it; they support it: illegal immigration, gun control, climate change, Obamacare, gay everything — the whole enchilada. In each of these areas, the U.S. bishops' conference not only supports but leads the way in pushing all of them.

The website of the United States Conference of Catholic Bishops is littered with press releases and click-throughs to everything the Party of Death supports. The bishops get almost half their funding — hundreds of millions of dollars — from D.C. to promote all this communist garbage, money they aren't about to turn down for a little thing like the gospel.

With the exception of abortion, the U.S. bishops check almost every single box on the Democratic Party dance card.

After all, like the Jesuits, the bishops have become masterful — real experts — at dressing up evil as somehow "good." They spiritualize climate change, for example, with multiple initiatives about caring for creation. Climate change, the way it's presented by the bishops and their fellow Marxist travelers, is a lie. Yes, the climate changes. It's called the weather. And no, it's not precipitated by cow flatulence or you driving your car.

Yet, bishops like soon-to-be-cardinal (God help us) Robert McElroy insist that climate change should be a "central priority" because it kills more people around the world each year than abortion. For the record, that would be more than 40 million human beings — a daily count of 125,000. McElroy would be hard-pressed, we think, to point to one death per day owing to climate change, much less 125,000. And remember, that's 125,000 every day, each day of every year. Really, bishop? Really?

Does McElroy sound like a closeted Republican? Or do Joseph Tobin, Blase Cupich, John Stowe, Richard Stika, Joseph Bambera (who Church Militant exposed as a registered Democrat, until he quietly changed his registration to independent after we caught him), or their predecessors Theodore McCarrick, Donald Wuerl, Joseph Bernardin and Roger Mahony sound like Republicans? To even hint that the U.S. hierarchy is Republican would be hysterical, if not an out-and-out lie — a lie that Reese spins in his article.

Likewise, it flies in the face of history. The U.S. bishops have been routinely referred to in political circles in such glowing terms as "the Democratic Party at prayer" and "Democrats in robes." Those references go back more than 40 years to the days of the Reagan administration. If there is ever a beatnik, hippie or unpatriotic-commie position or agenda item to take up, then the Dems can count on the bishops to come rushing to the cause — all in the name of "social justice."

Faced with all this truth and history, one wonders what Reese and his pro-gay, abortion-indifferent Jesuits are up to when trying to associate the bishops with Republicans. The answer is in the second article, where Reese goes on to attack the bishops for aligning themselves with social conservatives — again, not true. This has resulted in, wait for it, "corporate-friendly" justices being placed on the court.

As Reese puts it:

In short, stuffing the U.S. Supreme Court with conservative justices has set the stage for a string of victories for corporations that do not want the government telling them what to do. Regulations governing fossil fuels, pharmaceuticals, food safety, energy conservation, civil rights, public health and every other aspect of life will be more easily challenged by corporate lawyers with this court.

And there you have it. Reese recognizes the relationship between political conservatives' support for preborn life and limiting the imperial powers of the federal government. The destruction of America on the foundational level of faith and family has been the goal of the Democratic–Marxist communists for decades, and they were well on their way. Even if it were somehow able to be completely stopped dead in its tracks right now, it would take a century to reverse the damage and repair the carnage the Culture of Death has caused.

Right now, there is still some hope, but the religious-minded will have to fight like mad to keep the momentum going. After all, we're fighting Hell. But for Reese to claim that the U.S. bishops are somehow in the fight on the side of conservatives is completely nuts. When the bishops offered their opera-clap support for the overturning of Roe, they managed to completely ignore that it had been made possible by Donald Trump, a man they vilified at practically every turn — excoriating almost every policy he had.

Trump did more for the pro-life movement, meaning the saving of babies' lives, in three short years than all of the bishops combined in almost half a century — something they will answer for at their judgments. God help them.

Cardinal Wilton Gregory even lied about Trump in the wake of the BLM riots, when he joined a chorus of anti-Trumpers accusing him of having protesters tear gassed so he could have a photo op. Gregory also sent the message loud and clear that his priests should show up at a protest against Trump at the White House — a charge many of his priests simply ignored. Does this sound like a Republican-friendly crowd? Reese is a liar — full stop. Hey Tommy, your hammer and sickle are showing. 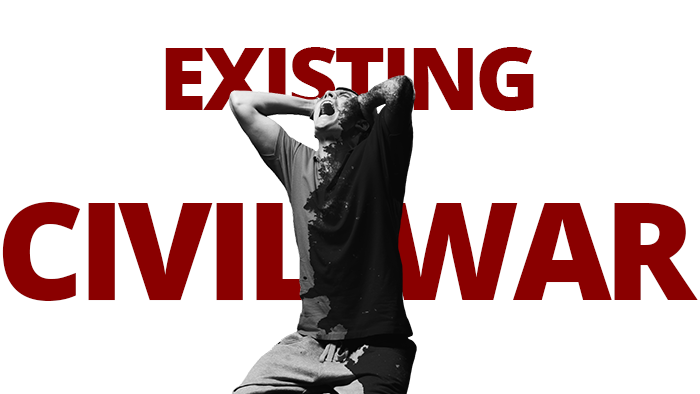 Existing Civil ‘War’
And of course, the bishops are on the wrong side.