In direct opposition to the New World Order.

The founder of Breitbart, Andrew Breitbart, once correctly said "politics is downstream from culture." Very true. Politics reflects the prevailing social sentiment of the culture. Of course it does.

But there is something further upstream from culture — a couple of things, actually — and we need to understand this flow, this order, if we ever hope to turn things around or re-establish correctness if the current system collapses.

There is a "right order" to things, and this right order stands in direct opposition to the "new order" globalists want to establish around the world, their New World Order. The right order is philosophy, theology, morality, culture, politics. It's much more than Breitbart's culture and politics.

Theology has become nothing more than an emotional grab bag.

As we've stated time and again here at Church Militant, in the end, when all the dust has settled and all the sideshows have wound down, it is Catholicism versus atheism. Everything else is a distraction. That's why the right order must be understood and inculcated into youth especially — but also into anyone else who will give it a hearing.

The right order begins with philosophy, critical thinking, mental examination and deep thinking on the big issues, including:

These are the foundational questions of life, and they must be considered, asked, explored. As Socrates said, "The unexamined life is not worth living." The answers to those philosophical questions — and there are right answers — can be reached through human reason. Not completely, of course, but a rudimentary understanding, a schematic approach to life, can be seen and framed.

That's what the Greeks were able to accomplish. Some of life's most penetrating questions are, in fact, able to be answered. But the initial answers (like, for example, that the human soul is immortal) then raise further questions, and this is where the realm of theology opens up.

Human reason can only make it so far on its own. At that point, divine reason and divine revelation step in and take over. This is, philosophically speaking, why the Son of God established a Church — so that truth could be plumbed, mined and comprehended sufficiently to move from the mind into deeds, acts.

Those deeds involve moral choices and, as moral choices mount up, culture is formed — and however a culture goes, so goes politics. Of course, ultimately, it's all about salvation. But salvation is a process for each person, and the more support a person has in making the right choices for his salvation, the more likely he is to choose correctly along the way.

Just like the opposite is true — keeping bad company doesn't generally end well.

If you expand that concept from a personal life to a society or culture at large, the implications are stunning. The globalists and their New World Order have simply cut out, eliminated, everything except politics.

They have, for decades now, successfully infested and corrupted these areas:

So now all that is left in their quest for world subjugation is politics — which is why the fight in this arena is so pitched, so intense because, sadly, it is the last stand. For too long, Catholics and others of goodwill have failed to recognize the step-by-step deterioration of the right order of things.

The realm of education (where critical thought should be taught) has become a Marxist training camp, where questions are not even allowed to be thought of, much less asked, and absolutely never addressed.

Theology has become nothing more than an emotional grab bag of Protestantized illogic bouncing from one insanity to another, schlacked over with "gospel values." Morality is a do-it-yourself proposition — which, of course, it would be, given the inability to deal with life's philosophical questions when unmoored from theological truth.

Therefore, a culture is doomed and politics is reduced to a mere reflection of all of this. Unless and until right-ordered Catholics step up and challenge the new order of the world, there is no hope. Bad philosophy leads to bad theology, which leads to bad morality, which leads to Hell in the next life and tyranny in this one.

But there does seem to be an undercurrent developing within at least some Catholic quarters to do this very thing. The hour is late, no doubt, but truth always wins in the end. What precisely that victory will look like is uncertain right now.

Might Satan overplay his hand and, in the process, wake up a lot of people who will then be made aware of the need to re-establish a right order? Or will the victory be accomplished in just getting as many people aboard the Ark as possible before the deluge hits, save as many souls as possible, be the defining moment.

While those questions are a point of curiosity, they cannot slow us in our divinely appointed mission. We were instructed by the incarnate Eternal Logos as He ascended to Heaven to go out and save the world.

So after 2,000 years, here we are — the right order versus the new order, Catholicism versus atheism. The hour is indeed late. 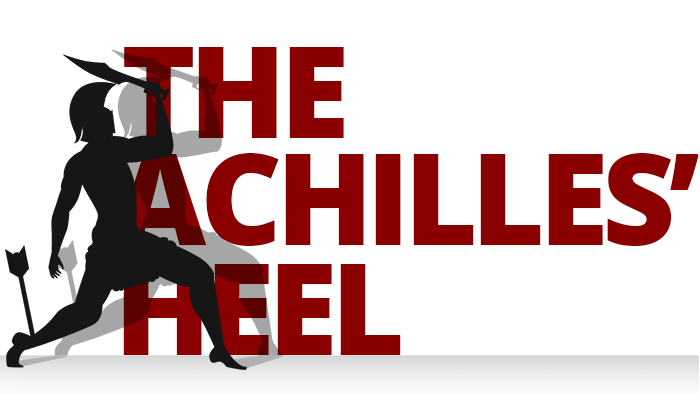 The Achilles’ Heel
It must be recognized.