I'm Michael Voris — and yes, we are still moving things around and so forth, prepping for the new year and increased work, not only in actual amount, but also intensity.

We here at Church Militant routinely think in terms of the big picture. And big-picture thinking is actually extremely Catholic. What's the big picture? The big, big picture, after all? Well, salvation or damnation. That's it. All the rest is detail.

So what are the details the faithful need to be concerned with? The nexus between the heresy of modernism (which has destroyed the unity and mission of the Catholic Church, among her leaders) and Marxism (which, as Our Lady foretold at Fatima, would spread throughout the earth).

It has taken a little more than a hundred years for the world to reach its current condition.

While Karl Marx and his colleague (Friedrich Engels) committed their poison to paper in the pages of the Communist Manifesto in 1848, Marx was already well on his way to excoriating religion. He understood that, in the world he sought to overthrow, religion served a purpose of soothing the oppressed. That thought is what lay behind his often-quoted line, "Religion is the sigh of the oppressed creature, the heart of a heartless world and the soul of soulless conditions. It is the opium of the people."

While he expressed why religion was needed to provide some measure of comfort in the current state of affairs, he also railed against it as being a block, a diversion, an illusion, a preventative from sweeping away the old order and establishing a new communist world. As long as people thought about the things of eternity, they would be at least somewhat content and not pour everything of themselves into bringing about what he saw as the much-needed revolution.

In short, belief in Heaven diverts attention from the temporal world. Said differently, since "there is only this life" (and Heaven is an illusion), a person's existence must be focused entirely on this life.

Well, that's certainly how the power-hungry tyrants of the modern day see things — and they act accordingly.

So that's Marxism. For the moment, let's put all that over there on the politics shelf.

Now, let's turn our attention to the theological shelf and the heresy of modernism. Modernism, as Pope St. Pius X defined it, is the "synthesis of all heresies." The thrust of modernism is the rejection of spiritual and theological authority — of truth, actually.

The 19th century was the incubator for both modernism and Marxism, and each had religion, specifically Catholicism, in their sights.

When St. Pius wrote his famous encyclical Pascendi Dominici Gregis (1907) naming and condemning modernism, its roots had already reached deep into the Church. He pointed out that the effort to delegitimize Scripture (and the theological truths contained in the pages of Scripture) was one of several starting points.

The 19th century was the incubator for both modernism and Marxism, and each had religion, specifically Catholicism, in their sights. The 20th century is where they both began to combine — and have now become a great torrent washing over the Church and the world.

Marxists use religious-sounding phrases and principles to advance their anti-God agenda, and the religious among them "baptize" the efforts of their fellow travelers to present communism as palatable and a good thing, even hijacking the Church in the process.

Now — note the dates here — the 1840s is when Marx lays the groundwork for his political theories. And at almost the exact same time, the first stirrings of modernism occur in the Lutheran universities in Germany, challenging the authority of Scripture.

It takes a while, of course, for each to gain sufficient traction to become a major threat — a couple generations. But once they have seized hold, the next hundred years becomes a bloodbath, temporally and spiritually. This is the war we are now in, a "hundred years'" war, and all of this must first be sufficiently comprehended before a real fight can be engaged in.

Modernism and Marxism ultimately deny the soul. That is their point of union. And when you deny the soul, you deny its Maker and its destiny and, therefore, the details of everything that follows.

Modernists deny the details (and thereby distort the truth) by insisting everyone goes to Heaven, so what a person does down here on earth doesn't really matter. There's no point worrying about Heaven because you're going to end up there regardless. Marxists may not seem, at first blush, to agree with that. But, in practice, they do — because religion essentially is gutted of its purpose.

It has taken more than a hundred years to reach this place we are now in, and it's going to take at least that amount of time to eradicate all this.

There is no silver bullet.

There was no silver bullet for the Marxist modernists, and there isn't for us. They committed themselves to their view of the world and set about to bring it into existence. They did it by force of argument (at least at first), looking around the world to see what could be exploited as a talking point, propagandized to their evil end.

In the meantime, those who believe in God simply paid no attention — until it was too late to hold back the modernist-Marxist hordes. Now we have hundreds of "genders"; children who have two daddies or mommies; a youth raised on immaturity, narcissism and accepting anything that comes along (except logic and truth).

Marxists use religious-sounding phrases and principles to advance their anti-God agenda.

This is a huge, broad front in the spiritual war, and all of those components (and many more) will be needed. We are in a war of details now, at this time in history. And as the original expression goes, "God is in the details" (as opposed to the later expression "the Devil is in the details"). It means, ultimately, that details are of utmost importance.

The world and the Church right now resemble Berlin in 1945 (described by a historian as looking like an anthill that some giant had kicked to pieces). The rebuild will not be easy, nor will it be brief. It will require more energy and tenacity and the winning of little battles every step of the way, in the Church and the world.

The details serve the big picture of salvation. Period. That's what Church Militant devotes itself to every day. Nothing less.

This apostolate has become the go-to source for all of this thinking, insight and overview for many who are understanding we are all in for a fight of at least a hundred years (if the world lasts that long, but that is God's business, not ours).

Our duty is to do what God has commanded — nothing less or more. If He wants to end the world now or shortly, then don't be caught flat-footed. When you hear the trumpet and look up to see the sky being torn back, you better have a blood-drenched sword in your hand.

As we move into this coming year, please consider a donation to propel our work into the coming year. The link is down below.

Tomorrow begins what is shaping up to be one of the most volatile years in living memory, and Church Militant will be here, standing where we have always stood, combatting the lies and defending the innocent.

On this last day of 2021, please donate whatever you are able. Thank you in advance for your support and sacrifice, but most especially for your prayers. 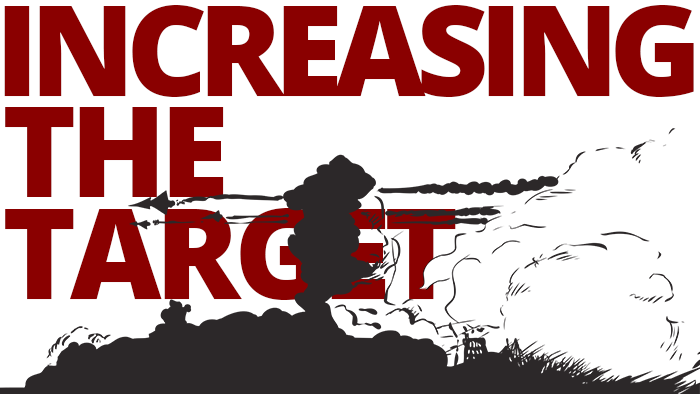