They have released the hounds.

Be sure of this as 2020 unfolds: The Catholic establishment is going to be doing a lot of turf protection. They are on their heels and now forced to play defense.

To that end, their establishment media attack dogs have been unleashed, and their major aim out of the gate seems to be to rewrite recent history, claiming credit for exposing the corruption in the Church.

The problem is that, because they are the establishment, they have been part of the corruption by their neglect to report on what they knew when they knew it back in the day, and now they are busying themselves taking bows for all their efforts at investigative journalism.

This all began last week as establishment author George Weigel — who it appears wouldn't know a real news story if it bit him — decided to condescend to all us little people and dutifully instruct us on who we should read in Catholic media, and more importantly, who we should never listen to.

In his poorly reasoned article in the ecumenical publication First Things, Weigel counsels Catholics that the current crisis and exposure of clerical corruption is going to get worse this year as new and more damaging information comes to light — true, even though you don't have to be a professional egghead to have figured that out.

But then he goes completely off the rails saying that Catholics who become aware of these situations should get their warm and fuzzy from the establishment Catholic media, who will gently rub their toes and sing them soft lullabies and get them through the crisis.

Do not listen to those hyperbolic Catholic websites, he cautions. Specifically, he says: "Resolve to limit your exposure to the Catholic blogosphere. In 2019, many Catholic websites went bonkers. There is no need to click on sites that specialize in all-hysteria or all-propaganda all-the-time."

While it may be true that some bloggers have a lot to learn when it comes to investigative journalism, all of this evil has been exposed precisely because of genuine reporting by sites like Church Militant. Many folks have contacted us in the wake of the McCarrick revelations and first apologized, accepted and then said Church Militant was right all along; we just didn't want to believe it because it was too horrible.

Agreed, it is horrible, but that doesn't excuse getting in the fight. It actually imposes it as an obligation.

But fight is the last thing on the minds of the establishment softies, who Weigel is a good waterboy for. He immediately recommends to his scant readers in First Things who they should pay attention to this coming year for "balance and accuracy and truth. ... If you want reliable Catholic news, visit the websites of Catholic News Agency and the National Catholic Register."

What did his paper, the National Catholic Register, do? How did it "report" the story? By attacking those exposing Maciel's monstrosities, defaming them and practically canonizing Maciel in their rush to defend him.

When the full reality of Maciel's demonic activity came out, his community folded and Rome had to step in and take control, reforming the entire thing. The paper, bought for a song by EWTN, got a facelift as a "reliable" information source and is now touted by the likes of Weigel.

The point is this; it's so simple you don't need to rub elbows with the "intellectual" Wegiel crowd to understand it. No "media" outfit can be counted on to accurately report on the people who own it, or the establishment it is a part of. It's called a "conflict of interest." We commoners and Catholic peasants call it "biting the hand that feeds you." It just doesn't happen.

Case in point, CNA (Catholic News Agency) and the editor-in-chief, J.D. Flynn, who has no — as in zero — professional experience as a journalist (and got his job as top dog at CNA because of his connections to the bishops' conference, which is happy to have a lap dog running a media outfit. It gives them cover).

J.D. got very bothered by the blowback Weigel's inane comments received, so he came out defending CNA: "[N]o one has done more serious investigative work in the past few years than us [CNA], or seen more results come from our work."

Give me a break! CNA, like the rest of the Catholic establishment media, only reports on stories investigating corruption after the horse is already out of the barn. In short, Church Militant and others do all the heavy lifting, digging and exposing, and then the Weigel establishment crowd comes in and claims credit.

However, there is another less seemly aspect to this as well, information that actually backs up that Catholic establishment media deceive the public by running interference for the bad guys. Church Militant knows for a fact that a month ago, Catholic News Agency was given information about the notorious case of Detroit's Fr.  Eduard Perrone and the scandalous cases of Abp. Allen Vigneron stonewalling the court, refusing to hand over documents he had been ordered to.

Church Militant has been covering this case, as you may know, since the summer, and all of it is public record — court records that any media establishment can acquire, just like we did. We know CNA passed on doing the story because we were the ones who offered the entire background and documents to them — and they expressed zero interest.

Could it be because the archbishop in question is now vice president of the U.S. Conference of Catholic Bishops and Flynn publicly stated [in a subsequently deleted Facebook post] that they report in such a way that keeps CNA in communion with the bishops? Translation: We support the USCCB and don't want to run afoul of them because they will stop promoting us and our access will dry up.

J.D. and his Catholic News Agency also came out in defense of Cdl. Blase Cupich in the notorious case of Fr. Paul Kalchik, who fled in fear for his life from Chicago when Cupich helped whip up gay anger against Fr. Kalchik, who burned a gay banner his parish had from the days of a scandalous pastor who was actively gay. But CNA conveniently skipped those details. Yet this is the type of outfit that Weigel recommends to Catholics for being trustworthy and not reporting propaganda.

Weigel also manages to deftly avoid his full-throated prior support for the crooked, disgraced, cover-up Cdl. Donald Wuerl, whose shuffling around of priests in Pittsburgh resulted in deaths and homosexual abuse; but Weigel counseled at the time: Pay no attention to the catcalls — Donny is a nice guy.

The jig is up. The Catholic establishment media — as Church Militant has been reporting for years and is being attacked by them for — is totally compromised. They cannot conduct authentic, fact-based investigations because they are reporting on the very leaders who they owe their existence to. Independent Catholic media are the only reliable trustworthy sources you have. The establishment is corrupt. It has been for decades.

To think that you can get your information from sources who support the corruption and send out attack dogs to go after authentic news outfits exposing the rot is wrong-headed. But as we said, the jig is up. People are on to the establishment tricks.

One comment under Weigel's hit piece sums it up most succinctly: "If you restrict yourself to the four websites (mouthpieces for the bishops) Weigel recommends, you will have no clue what is happening in the Catholic Church."

Indeed. The smug elite refuse to cover actual news and show up late to the game only when forced to.

Weigel's right that more filth will be exposed this year. If you want the real story, you know where to come. 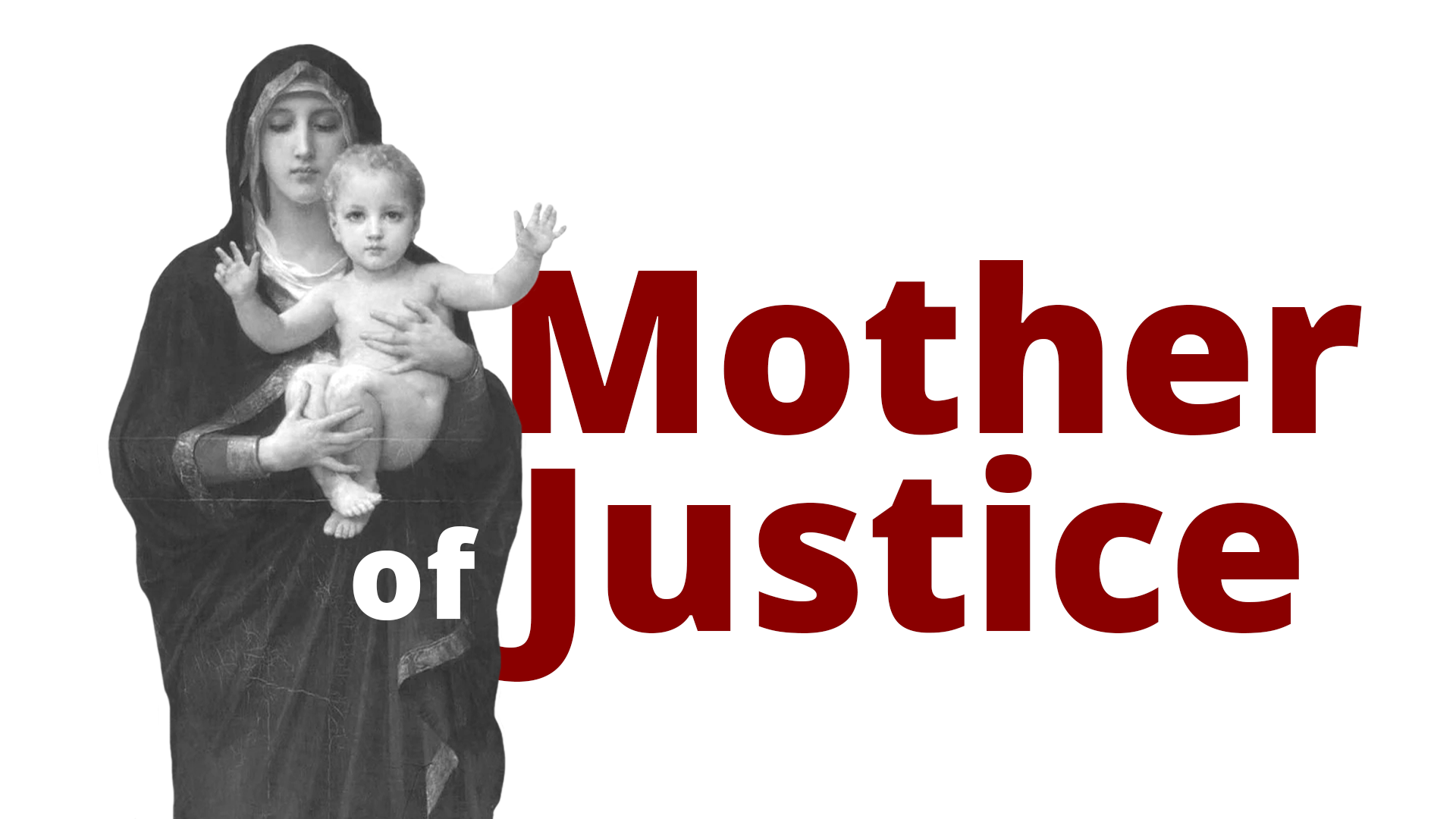 Mother of Justice
Pray for us.