The State of Affairs

'Sad' doesn't quite capture it.

Shall we take a quick tour around society and measure the current state of affairs in the Church?

Jussie Smollett, a race-baiter if there ever was one (almost as much as Wilton Gregory), has now been found guilty — and yet his lawyers are insisting the truth will all come out on appeal. But don't forget, when Smollett tried to stoke the fires of racism and homophobia, he was celebrated and declared to be telling the truth by some pretty big notables.

Here was Biden's announcement before he was not actually elected.

Joe Biden: "Homophobia and racism have no place on our streets or in our hearts. We are with you, Jussie."

And his running mate before she, too, didn't actually win.

Kamala Harris: "This was an attempted modern-day lynching."

And what race-baiting event would be considered authentic without the presence of Al Sharpton?

Al Sharpton, Baptist minister: "The reported hate attack on my friend and brother actor Jussie Smollett is despicable and outrageous. The guilty must face the maximum."

Don't hold your breath for reversals from the hate-baiting crowd. Why do Catholics care about this? Because the bishops' conference is one of the leading peddlers of all this nonsense about America being systemically racist.

The biggest cheerleader of all that idiocy is Wilton Gregory, who gets to deflect from his own lack of faith in matters spiritual by virtue signaling over racism. He is, of course, joined by various bishops like El Paso's Mark Seitz, who rushed to barricades of the supposed race wars last summer, kneeling down with his sign showing support for the phony issue — not to mention a group of anti-Catholic commies.

The bishops' conference is one of the leading peddlers of all this nonsense about America being systemically racist.

Shifting from racism to "science" (as in "follow the science"), here, too, the bishops have scored major "PR" points with the Left, while leaving faithful Catholics in the dust. Masks, mandatory vaccines, all of it: Not one single implementation of the reign of scientific terror has the body of U.S. bishops missed a beat on when it comes to installing it.

In Baltimore a couple of weeks ago, the lobby of the hotel looked like a Democratic Party gathering, with almost every bishop walking around all masked up to their eyeballs. Got to keep up the campaign of false fear, after all.

And now, as we get into the season of fourth, fifth and sixth shots, quadruple masking, booster shots, weekly pills, "vaxports," being fired for not complying, even microchips being implanted in people to keep track of their COVID status — where are the bishops? Well, they are, of course, "following the science," to one degree or another. They, too, like their Marxist overlords, are firing employees, segregating people at Mass and looking at mandatory jabs for little children in their schools.

Even Notre Dame, which used to be a bastion of masculinity, is now succumbing again, mandating the boosters for every student — no exceptions. The entire Catholic leadership has gone bananas over the COVID scam — but that can hardly be surprising when you abandon God and the truth.

But over in lockstep Catholic bishop land, it's a different story. Since we have abandoned spiritual goods, we must put up a false front of earthly goods. They're failing.

In fact, Church Militant has come to learn that one of the topics of discussion in Monday's closed-door meeting, while they were all encamped in Baltimore, was their lack of any credibility among faithful Catholics. A number of them expressed concern that the Catholics who count simply do not listen to them anymore.

And frankly, why should they be listened to? What on earth could you learn about getting to Heaven from that tired old lot? What are they going to say that will inspire you, stir your soul, bring you back to the sacraments, encourage an increase in sanctity, or a host of other things that bishops are supposed to do?

Pretty sure we know the answer.

A bishop's job description is to lead people to Heaven. If he isn't doing that, then he's useless. You don't go to McDonald's to buy a car — and you don't listen to a Marxist in robes to get to Heaven.

The bishops, collectively, are totally down with pushing the narrative of systemic racism. Go to the search engine on the USCCB site and type in "racism," and you get 546 results — from responding to racism and combating racism to parish resources to address it, and so forth.

Now go to the same search engine and type in "salvation" and look what pops up. Sure, there are more than 1,700 hits, but take a closer look and what do you see? Ten and even twenty-year-old entries, not on actually being saved, but things like: "Salvation Is Theme of Southern Baptist-Catholic Conversation" and "Relationship Between Salvation, Justice, Topic of Council of Churches Faith and Order Commission."

But wait — there's more: "Church as Koinonia of Salvation Is Theme of Lutheran-Catholic Dialogue." And everyone's favorite: "U.S. Bishops Join With Other Christian Leaders to Call for 'Circle Of Protection' Around Programs for Poor People."

And in perhaps the most telling display of what the bishops actually think about eternal salvation, there is the entry entitled "Fall/Winter Newsletter 2021 Pastoral Care of Migrants, Refugees, & Travelers."

In fact, with the exception of daily readings and anniversaries of saint feast days, you'd be hard-pressed to find anything not social-justice-warrior inspired or race-baiting as you trawl through the bishops' page looking for "salvation."

Almost every court has ruled against Biden's mandate.

Not so, however, with the extremely important topic of immigration, where a large number of the more than 1,400 entries that turn up are pretty darn recent — certainly much more so than the false flag search for the term "salvation." And just for giggles, type in the term "illegal immigration," and a paltry 83 entries come back. But funny enough, not a single one that actually uses the word "illegal" in the title.

This is one reason (but just one) that Church Militant has now incorporated into its daily prayers in the morning and evening, which you can join us in each workday at 8 a.m. and 4:45 p.m. ET, the concluding prayer "for the purification or eradication of the U.S. bishops' conference."

The bishops are better at leading souls into the Democratic Party than they are Heaven.

Curiously, when Church Militant was covering the Dobbs v. Jackson case on the steps of the U.S. Supreme Court the week before last, not one single bishop was anywhere to be found. In what is the most important abortion case to come before SCOTUS in decades, there were loads of evangelicals and faithful Catholic laity — many of whom had hopped a plane or driven far distances to be there — and yet not one single successor of the Apostles to be found.

Any bishop who would have appeared on the steps would have had his chance to be on national media (who were there, out in force) and proclaim the rights of the preborn to actually be born, to weigh in on one the most pressing civil rights issues in the history of humanity, yet — nope.

Couldn't Cdl. Wilton Gregory have made the couple-mile trip from his residence to the steps of the court just to show some moral support for those who have traveled thousands of miles? Probably too busy writing his next screed against systemic racism — conveniently ignoring that it is black babies being killed at a massively disproportionate rate than others.

But at least he has his mask up.

Perhaps he and the other bishops were all too tired, since they'd been in Baltimore just a few days before trying to figure out how to make it look like they're all against sacrilegious Holy Communion while still permitting it to carry on unabated.

If you want the truth of what's going on in the Church — not just on the headline-grabbing "Pope Francis this or that," but down on the ground in the dioceses, in the parishes where the plan to destroy the Church actually unfolds daily — then Church Militant is your source.

Please consider giving to our end-of-the-year campaign to keep Church Militant doing what we do so well — informing you of the truth and your need to resist this tyranny against it. The world is in chaos precisely because the Church is. And no, it didn't just start when Pope Francis was elected. Pope Francis is a product of the corruption in the hierarchy, not the cause of it.

The problem in the Church is not systemic racism, but systemic infidelity on the part of leaders. That is what Church Militant goes after because that is what needs to be gone after for the sake of saving souls.

Thank you in advance for whatever you are able to donate. 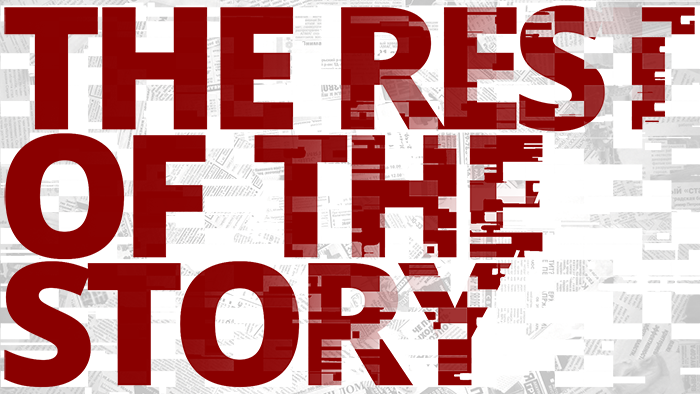 The Rest of the Story
It's what Church Militant is all about.