The Tail of the Devil

There is only a little time left.

May 26, 2017  0
Podcast Available for Premium Subscribers

If you survey the last, roughly, 130 years or so of the Church, you will find a recurring theme from the various popes. If we go back to Pope Leo XIII in 1884, if we use that as a kind of historical marker, we have his vision of the conversation between God and Satan where Satan claimed he could destroy the Catholic Church. He said all he needed was more power and a hundred years. God responded that he would be given the time and the power. It was owing to this vision that the pope immediately composed the St. Michael Prayer and ordered it prayed after every Mass.

Next, we encounter Pope St. Pius X in 1907 with his encyclical Pascendi Dominici Gregis, where he warned the bishops of the world against modernism and its corrosive effects on the Faith, calling it "the synthesis of all heresies." In 1910, he ordered that "the Oath Against Modernism be taken by anyone teaching the Faith. In 1946, in a radio address from Rome to the Eighth National Catechetical Congress in Boston, he said the following in the opening sentences:

That Body of which you are members has been threatened. That Body of Christ which is His Church (Eph. 1:23) is menaced not only by hostile powers from without, but also by the interior forces of weakness and decline. You have been alerted to the danger. The growing weakness, the devitalizing process that has been going on ... in not a few parts of the Church is due chiefly to an ignorance ... .

In 1977, Pope Paul VI, on the anniversary of the last apparition at Fatima where the Miracle of the Sun occurred said this: "The tail of the devil is functioning in the disintegration of the Catholic world. The darkness of Satan has entered and spread throughout the Catholic Church even to its summit. Apostasy, the loss of the Faith, is spreading throughout the world and into the highest levels within the Church."

We are now standing in the face of the greatest historical confrontation humanity has gone through. I do not think that wide circles of American society or wide circles of the Christian community realize this fully. We are now facing the final confrontation between the Church and the anti-Church, of the Gospel versus the anti-Gospel. We must be prepared to undergo great trials in the not-too-distant future; trials that will require us to be ready to give up even our lives, and a total gift of self to Christ and for Christ. Through your prayers and mine, it is possible to alleviate this tribulation, but it is no longer possible to avert it. … How many times has the renewal of the Church been brought about in blood! It will not be different this time.

And of course Pope Benedict XVI, Fr. Ratzinger back in the 1960s, observed that the Church will lose much: "She will become small and will have to start afresh more or less from the beginning. She will no longer be able to inhabit many of the edifices She built in prosperity. As the number of Her adherents diminishes, so it will lose many of Her social privileges."

All that these popes predicted and warned about, all the way back to the 19th century, what has and is still coming to pass. And yet, in the midst of this withering away, there are still an enormous number who remain asleep to the fact, and this includes many in the clergy. In fact, many in the clergy are the ones responsible, to a certain degree, for much of the damage.

As we said in an earlier Vortex, this became glaringly apparent to us here at Church Militant once Obama strode across the stage at Notre Dame in 2009. The complete betrayal of the Faith represented on that single day in that single place was enough for us to completely reorient everything we do here; and the Vortex became the voice of that understanding.

This is the focus of our latest book, The Vortex: Trapping and Exposing Lies and Falsehoods, Volume One, available by just clicking on the link.

There is so much so wrong in the Church these days — and so many people are blind to it — some ignorantly, others willfully, that Catholics who do understand the reality need to be well versed in this so they can sound the alarm to anyone who will listen. The Vortex collects numerous examples of the complete meltdown we are now experiencing so you can become very familiar with them and help others come to understand.

God will not abandon His Church. But that does not mean that we can stand by and do nothing. We must do all that we can. That's why we established this apostolate. And that's why we wrote this book. To help people become aware and to help you, help them, become more aware.

So please click on the link and get your copy today. Thank you for your support; and God bless you for your love of the Church 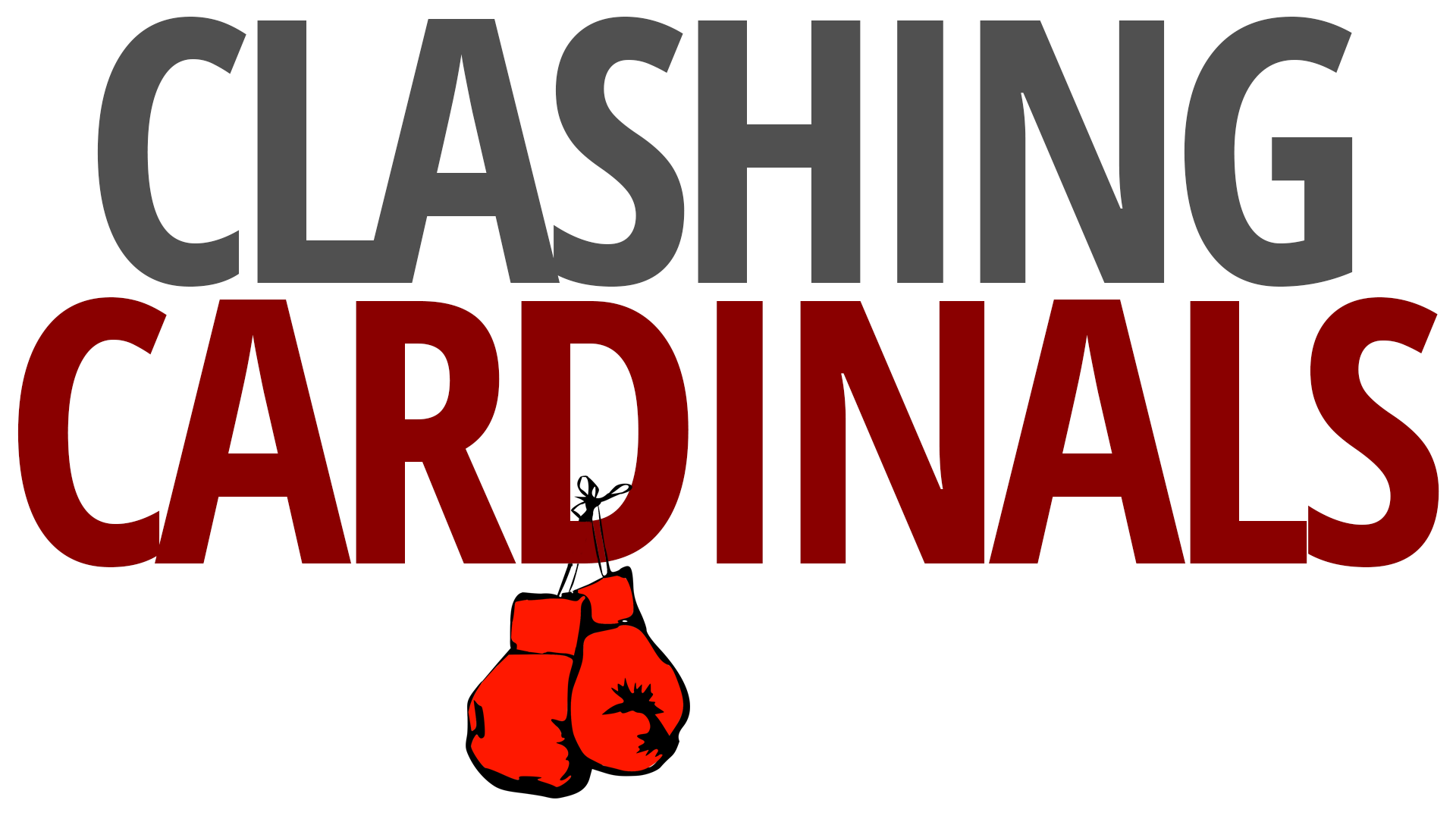 Clashing Cardinals
They're clashing over the future of the Church.