Without Her, you would not have known salvation clothed in flesh.

The time is here now, the once-a-year moment when Protestants actually put up statues of the Virgin Mary, the Blessed Mother. Nativity displays all over the place obviously include a figure of Mary, the God-Bearer.

But no sooner than the Christmas trees are thrown to the curb, so too will be any thought of the ongoing role of the Blessed Virgin Mary in our salvation. For the most part, even many Catholic parishes have fallen or begun to fall into this heretical mindset regarding the Queen of Heaven, short-changing Her of Her proper due, respect and honor.

Through the divine will, this Woman brought forth in time the Author of Grace. Does anybody really believe that the divine will which accorded Mary the singular highest grace any human could ever receive would suddenly pull back and reduce Her role in salvation history?

She Herself,bearing God within Her immaculate womb, declared that all generations would call Her blessed. Next to the Church's authentic teaching on the Real Presence of Jesus Christ in the Eucharist, the teachings about Our Blessed Mother are the most commonly rejected by non-Catholic Christians, completely misunderstood and blasted routinely.

Some Protestants, for example, willingly accept the teachings of the Council of Nicaea, declaring and reaffirming Jesus Christ's divinity. But the same Church that declares that teaching is immediately wrong in their eyes when it declares in another Council that She is "Theotokos," God-Bearer. They don't necessarily reject it in theory, but they do in practice.

They give Her no thought, no honor, no respect, except the once-a-year moment where they stick up a plastic, lit-up Mary in their front yard. In the now-overused Protestant statement and marketing scheme "What Would Jesus Do?" they seem to overlook that Jesus did not disrespect His Mother, nor did He ignore Her. He performed His first miracle at Her request, even going so far as to intimate to Her that Him revealing His true identity would begin Her own trek to Calvary. Once there, He entrusted the Church to Her maternal care from the Cross in the person of St. John, the beloved disciple.

Our Lady — specially chosen by Heaven to be the New Eve, known in the mind of God from all eternity, given the highest grace that could be given any human, declares that throughout all human history She will be called blessed, enjoys the most intimate relationship with the Holy Trinity, being Daughter to the Father, Mother to the Son and Spouse of the Holy Spirit, brings about the first public miracle of Her divine Son, becomes His most loyal disciple, suffers like no other human could possibly suffer, and is present at the descent of Her spouse at Pentecost — gets nothing from Protestants other than a nod of the head once a year, and even though only in passing.

Here is a thought to meditate on from St. Methodius: "Jesus said,'Honor your father and mother.' Therefore, in order that He might observe His own decree, he gave all grace and honor to His Mother!"

When you approach the creche on Christmas Day and the rest of the Christmas season, do not leave without offering a deep prayer of gratitude to the Mother of God. Without Her, you would not have known salvation clothed in flesh.

From the entire staff here at Church Militant and St. Michael's Media, a very holy, happy Christmas to you and all those dear to you. 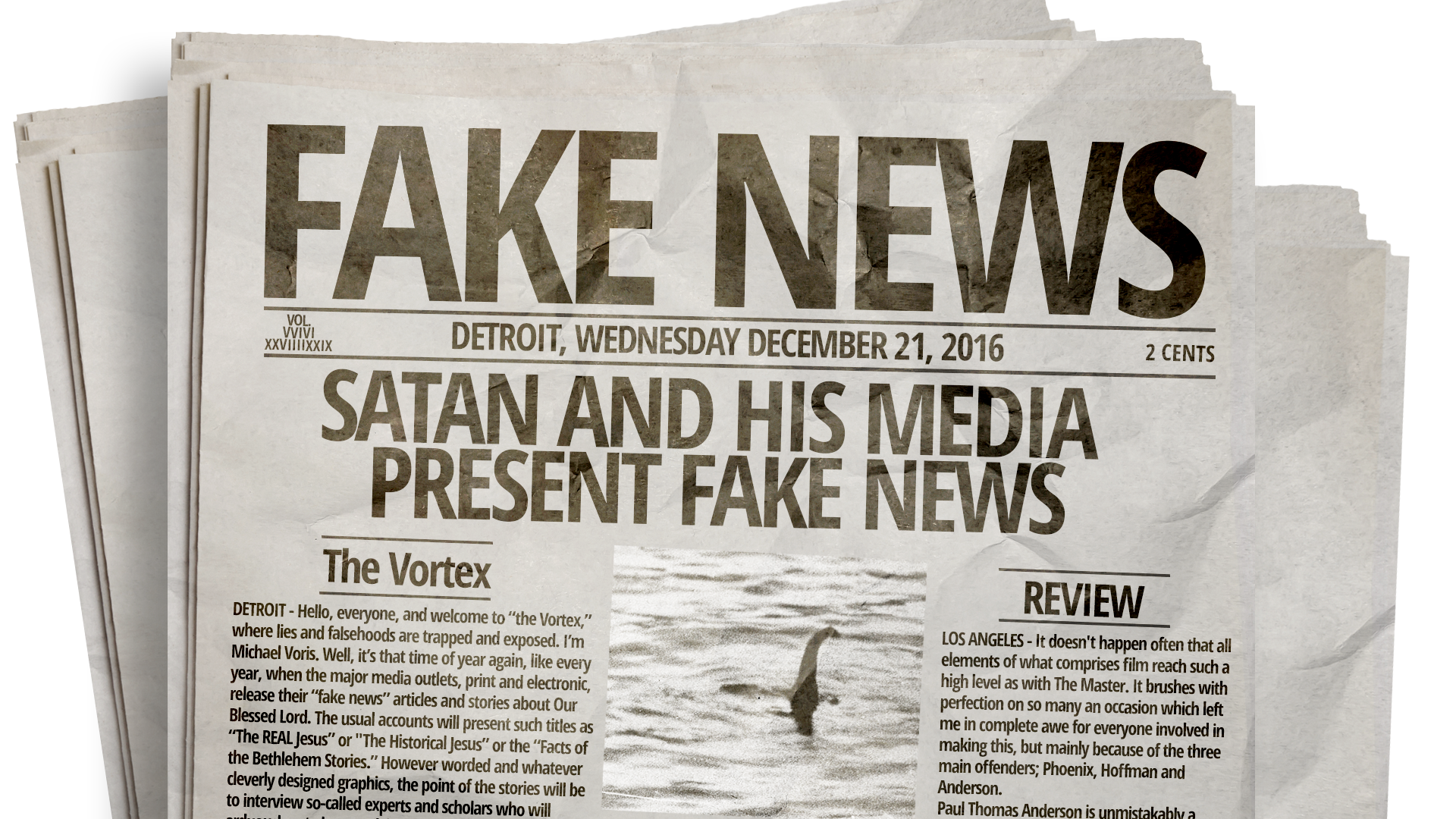 Fake News
This is the real story — the Good News — the real news.