The Wheat and the Weeds

The harvest has just begun.

The former boundaries or camps are rapidly disappearing: political-party affiliation, color of skin, financial status, liberal/conservative. While those designations have not completely lost their meanings, they probably mean less now than they ever did.

Almost every former identifying adjective now needs a new adjective in front of it to clarify. We see this, for example, in the war within the Democratic Party over the budget bill. Identifying as just a Democrat these days doesn't really tell you much. Are you a so-called progressive Democrat or a moderate Democrat (for example)?

Same in the Republican caucus: Are you a "Trumpian Republican" or a "never Trumper." The second word, Democrat or Republican, is essentially meaningless these days without a qualifier in front of it.

But Catholics have been into this whole specificity issue for decades now, as we see the Church imploding due to gay bishops who have subverted so much of the Faith as to bring about massive division. Like in politics, it now is essentially meaningless to identify as simply a Catholic. It needs an adjective in front of the word to give it any meaning.

Are you a liberal Catholic, for example, or a faithful Catholic? The label "Catholic" has been gutted of its meaning by the traitorous actions of homosexual clergy. On the political scene, while these second-tier delineations have been around for a while, it was the emergence of Trump back in 2016 that accelerated it all and brought it into sharp focus.

The good and the bad cannot long mix.

Likewise, in the Church, while these second-tier groupings have been developing for decades, they have been made much clearer owing to the Francis pontificate. All over the world (and in the Church, most especially), a giant separation is occurring — a pulling apart of what has essentially been a vehicle for evil.

Civil liberties, natural law and Church teachings have all been massively diluted because of the mixture of the good with the bad: vaxxed, unvaxxed, masked, anti-mask and so on. Evil has advanced on all fronts, and the good has been on defense and shrinking.

There is not a sector of society untouched by this. On the Evening News portion of our Church Militant Catholic Info Hour just last Thursday, the stories we covered were so ridiculous, it's hard to even report them: male high school students in drag doing lap dances on their principal, the most outrageous gay theater performance held at a Catholic high school, 8-year-olds being taken to a local gay bar as a school field trip.

As one of the regular hosts of Evening News, I can say frankly that I can't believe some of the stuff that sometimes comes out of my mouth. It's insane. But here we are — 2021. But as evil continues to reveal itself, there is a reaction against it that is also growing.

It appears that the reaction is something less than the tsunami of evil being reacted against. But nonetheless, it is a gathering of the good in opposition to the evil, a waking up to the reality. For too long now, the weeds have grown up alongside the wheat, wrapping themselves around the wheat and slowly stunting it and choking it off.

It is, in short, exactly as Our Blessed Lord said it would be. And recall in Gospel of St. Matthew that Our Savior also said, "And unless those days had been shortened, no flesh should be saved: But for the sake of the elect, those days shall be shortened." In the same passage, Our Blessed Lord also stresses, "And He shall send His angels with a trumpet, and a great voice: And they shall gather together His elect from the four winds, from the farthest parts of the heavens to the utmost bounds of them."

What we are witnessing today in the world is something of what Our Lord was foretelling. The good and the bad cannot long mix: There must, by necessity, come about a separation. And in all certainty, precisely what is being separated over is the single issue of God and His kingship.

The lines of Democrat, Republican, conservative, liberal, Black, White are, at their foundations, meaningless. It reveals nothing of substance of where a person, a soul, stands in relationship to Almighty God. That is the only category that matters.

For way too long now, evil has been allowed to operate and collectivize and plot and strategize under the radar — while good has been pretty much asleep at the switch, with the result being many people of goodwill have been sucked into the chasm of evil. In Our Lord's parable of the wheat and the weeds, He even says that the weeds grew up around the wheat "while we were sleeping."

Interestingly, when the servants in the parable ask if they should go rip up the weeds, the master says no — let them grow together until the appointed time so as to not harm the wheat. But when the time comes, Our Lord says it will be by His hand. He will separate the wheat from the weeds, the sheep from the goats. He will intervene and save the elect before the damage is too much to be overcome.

All of what the Son of God says is very clear: There must be a separation, a division, for the sake of the elect. They must be preserved from the effects of the evil around them, a harvesting time. We see something of this now unfolding right before our eyes.

A great separating is happening, even for those who, at this moment, may not be faithful Catholics or who are ignorant Catholics; those who are still responding to the natural law written on their hearts and are looking out on the world and recognizing the horror of all this evil.

As it was in the days of Noah, there will be the few on the Ark who are preserved, and the vast number will be lost (note to Bp. Barron). No one — especially Our Lord — ever said the time of the separation, harvest time, would be easy to endure. Tearing away evil from the good must by necessity be a painful and messy process.

The only true unity that has ever existed is within the Blessed Trinity.

Even in the individual soul, think of the pain and difficulty in wresting away sin and its attraction from our hearts. We are striving for perfection, for nothing impure can enter Heaven. Of course, this will be a hard and messy affair, full of tears and pain. Such is the effect of sin, especially if a soul has become somewhat comfortable with its sinful state, yet still hears that quiet voice of the Savior echoing in its depths.

God is the great divider. This we must never forget. For all the blather from the ungodly about unity and tolerance and acceptance, that's all fake. Those dynamics are covers, masquerades for the evil-minded. For the wicked, those qualities are not rooted in the good but abused for the glorification of their sin.

The only true unity that has ever existed is within the Blessed Trinity. And it is to that unity that the elect are called and must strive for. So my fellow Catholics, do not become alarmed or even distraught as we see events unfolding as they are: It must be so.

God is at work separating, as He promised He would do, to bring about the salvation of the elect and authentic unity in Himself. The wicked must go to their own place, and, while it is a sad spectacle to behold souls willfully casting themselves into the fiery pit, know that all of this has been preordained from all eternity.

Our duty is to never surrender the good — no matter how unpopular, no matter the cost. Remain in a state of grace, or get back into one and stay there. It would certainly seem that the harvest has just begun. 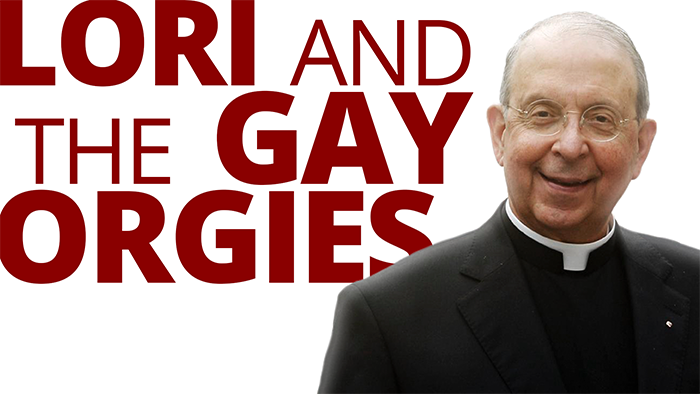